Wilder should have won the fight due to 15 seconds elapsing in his second knockdown of Fury in the fourth round.

If you look at the replay, it appears that Fury was given extra time. Was it a mistake by referee Russell Mora? If so, the WBC needs to order a rematch. As of now, it’s hard to view this as a true victory for Fury given the controversy.

The WBC will need to look at the replay of the fight to determine whether Wilder deserves a rematch because Fury appeared to have been given a long count in the fourth round.

If you look at the fourth round, there’s an excellent reason why Wilder didn’t want to shake Fury’s hand and that’s because he may have felt he was robbed of a knockout.

In the second knockdown of Fury by Wilder in the fourth round, it appears Tyson was given a long count in eyes of many boxing fans. 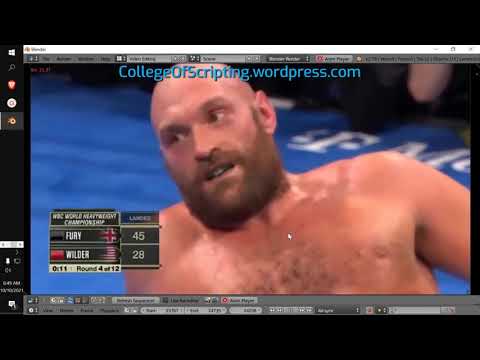 This writer believes Fury was given a clear long count in the knockdown in the fourth. Referee Russell Mora should have stopped the fight and given Wilder the knockout victory. Did Mora lose track during his counting or what? What happened for Fury to be given 15 seconds?

Instead, Fury beat what appears to be a long count and went to defeat Wilder. It’s disturbing obviously for fans, seeing Fury given a long count.

It’s disturbing how Fury should have been knocked out twice in fights with Wilder only to be given counts that saved him.

For some boxing fans, it makes them view the sport as a popularity contest where the A-side game will regardless.

You get the controversial decisions all the time, but when you start seeing fighters failing to be counted out, it makes you think the sport is like professional wrestling.