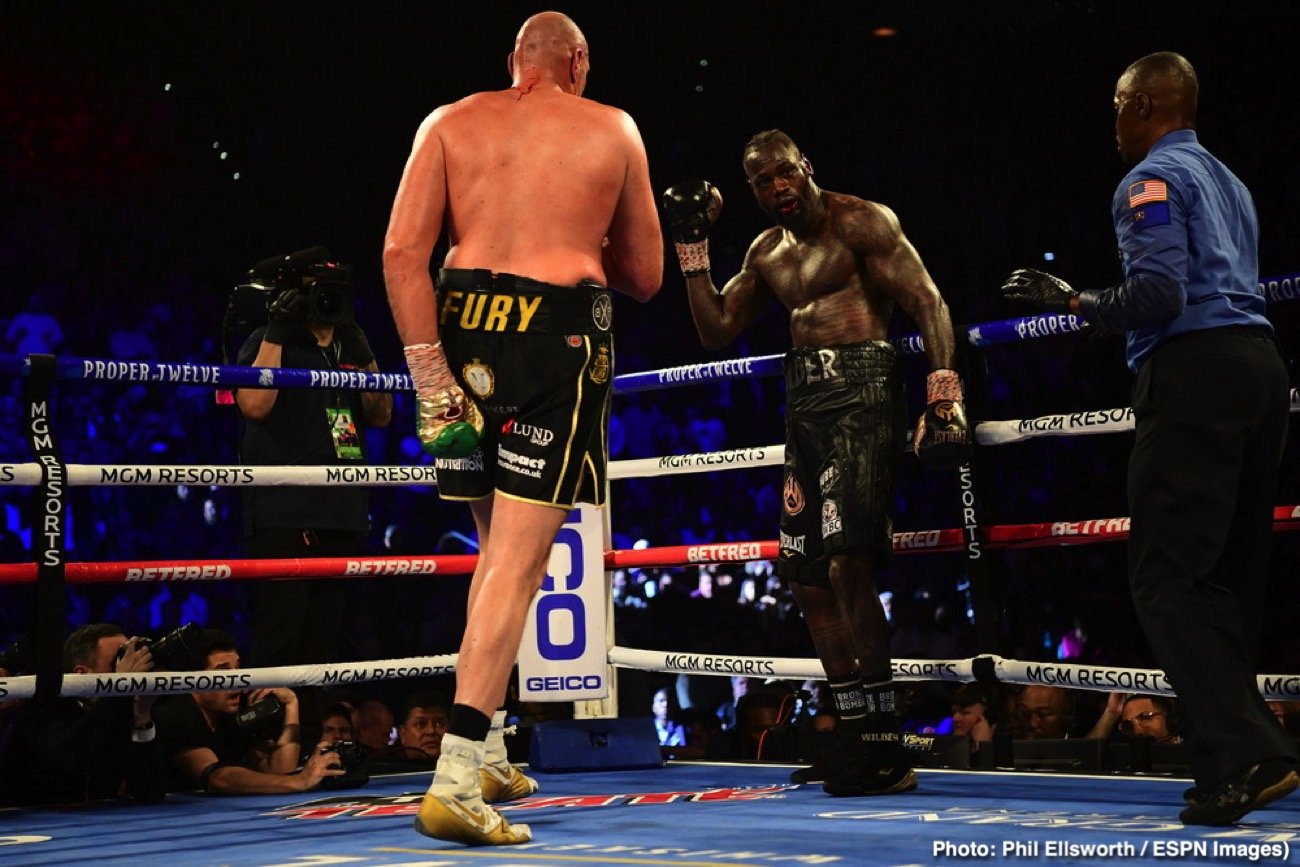 Various news outlets are reporting some breaking news that suggests the third fight between rival heavyweights Tyson Fury and Deontay Wilder is now OFF, this due to how the rematch clause that stipulated there would be a third fight between the two has now either expired or is close to expiring.

Talk Sport and The Mail both report how “sources in the UK and in the States” have confirmed that yes, the third fight is “definitely off.” Already, people are getting excited in suggesting this means the all-British heavyweight unification showdown between Fury (WBC) and Anthony Joshua (WBA/IBF/WBO) can now take place in the spring of next year – assuming Joshua comes through his IBF mandatory against Kubrat Pulev, and Fury wins his next fight, the story now being how Fury will face TBA in the UK in a homecoming affair.

So has the contract for Fury-Wilder III really expired or is it close to doing so? Not so says Shelly Finkel, Wilder’s co-manager. Finkel spoke with World Boxing News website and he said that reports of the contract having expired are “simply not true.” So what are we to believe?

Wilder did speak on the PBC Podcast very recently, stating how he did have to undergo bicep surgery after his February loss to Fury. Wilder said he has been unable to train as a result of this. However, Wilder said that it is his hope to fight again before the end of this year.

“Recovery [is] going well, I’m in therapy. I ended up injuring it during my last fight, somewhere up in there,” Wilder said. “But everything is going great with it. I’m focusing on recovery, getting myself back to full health. Oh yeah, I can’t work out now. Once I get healed with my arm I’m looking forward to just working out, being able to do the things I love to do. Hopefully, this corona stuff will be out of the way and we can get back to camp and be ready to go again sometime at the end of the year.”

It’s all quite confusing right now. Will Wilder possibly be fit to fight before the end of the year? Has that contract really expired? Will Fury fight someone other than Wilder next? Will Fury Vs. Joshua happen next spring?

All we can do is stay tuned and see how things develop.