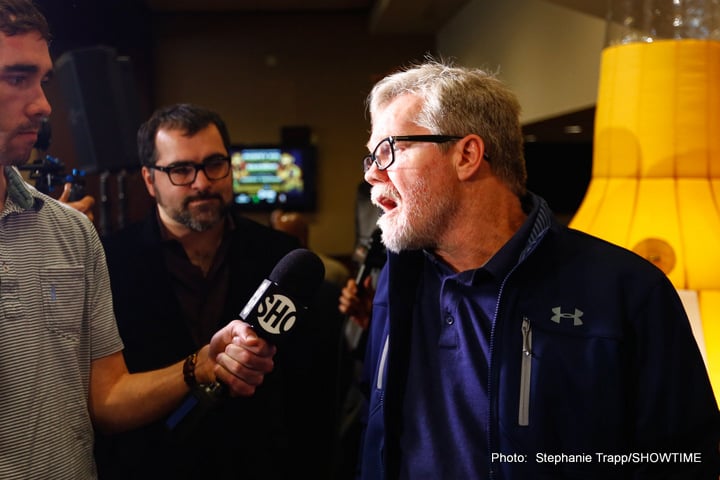 It has been a while now since the idea of Manny Pacquiao stepping into the ring has gotten boxing fans thrilled. It took Pacquiao over two decades to climb to the peak of his career, and only a fraction of that to lose nearly all of his popularity. There are as many reasons out there, as there are opinions, but for Pacquiao’s mentor Freddie Roach, religion is the deterrent to the old, aggressive Manny Pacquiao.

“I would love to see him get his killer instinct back and go for the knockout. I know we haven’t done that in a long time and the Bible has a lot to do with that, and it’s very tough to argue with the Bible,” stated Roach in a recent interview.

To some degree, religion may be a piece of the puzzle. The old Manny Pacquiao, the womanizer, the gambler, the drinker and the smoker, was also the Pacman. Ever since he decided to clean up his act and start living a different, more community and family focused life, his popularity stock has been sliding. Of course there is nothing wrong with his decision to transform, with only positive aspects of everyday life that his transition has delivered. Alas, he lost something else while transitioning, something that kept the fire of this boxing persona, blazing passionately.

“I wish he would just go back to his old self, because he was a really hot product when he was knocking people out. The thing is, people like knockouts in boxing and Manny has lost a lot of his crowd because he hasn’t knocked anyone out in such a long time. I think he needs to get back to that, and I would love to see him do that, and this is the perfect fight to do it in. I know he can do it again if I press the right button and get him to fire up,” added Roach.

I am not so sure that brining back an old Pacquiao is plausible, but I do believe that his knockout power still lingers, and with a sensational crowd-pleasing KO, Pacman could possibly earn himself another meaningful, hopefully successful, career closing fight.