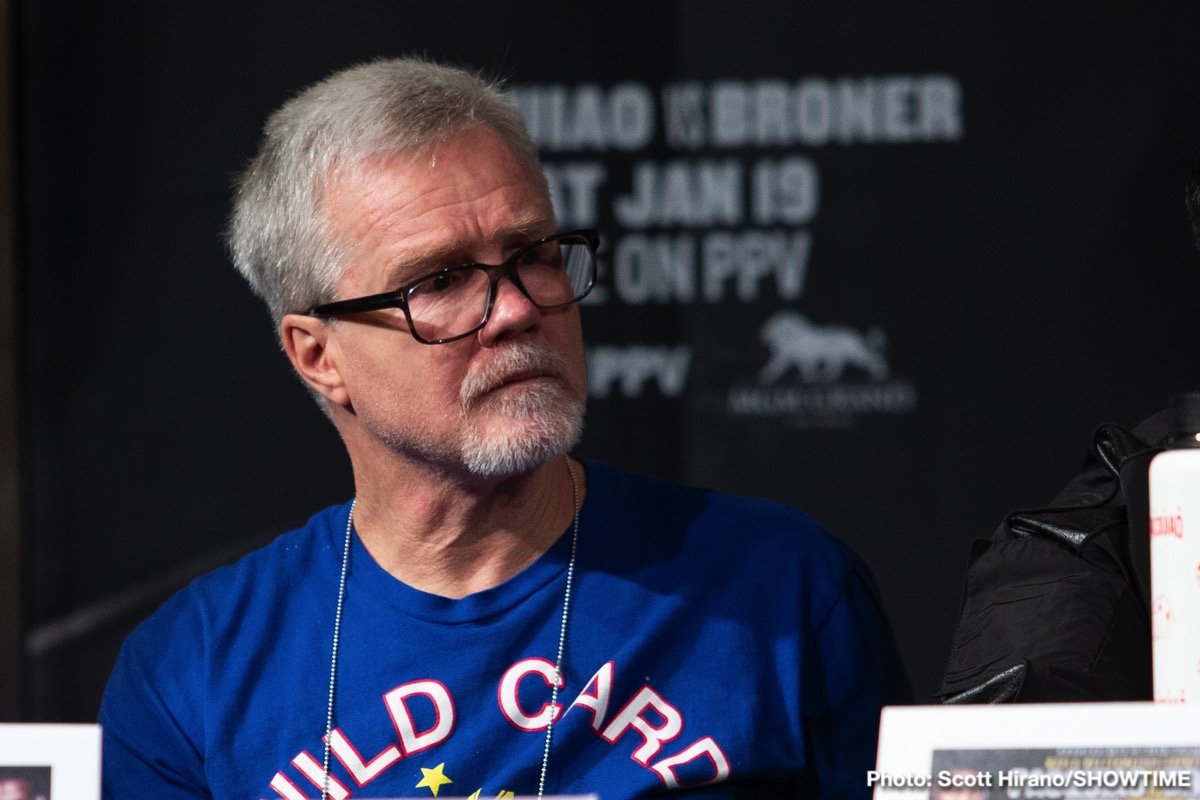 Ahead of the Paul vs Askren fight this weekend, UFC President Dana White arranged for Ben Askren to train with Freddie Roach, who is regarded as one of the greatest trainers of all-time – winning several world titles with modern greats like Manny Pacquiao and Mike Tyson, as well as working with Tyson Fury for his bouts against Deontay Wilder.

Freddie Roach: “I do share Dana’s [White] confidence. I’d really like Ben to win this fight and I’ll be tuning in to watch it. I can’t see Jake maintaining the pace Ben will be dictating. And once Jake begins to slow down, Ben will punish him.

“Ben is a pro and a good finisher. That comes from experience at an elite level. What has Jake Paul learned from the level of opposition he has faced? Ben knocking Jake Paul on his ass will be a nice You Tube highlight. I told Ben that beating Jake Paul would be more than a victory, it would be a public service.”

Floyd Mayweather training on heavy bag, not looking that good

“Ben has enjoyed success at an elite level against opposition that is far superior to the opponents Jake has faced. Ben knows this and it should give him enormous confidence going into this fight. Ben’s power and conditioning are miles ahead of Jake. Ben just needs to crowd Jake.

Freddie Roach: “Ben has impressive power and his conditioning is off the charts. Jake won’t be able to keep up with Ben much less keep Ben off of him”

“I received a call from my friend Dana White who asked if I would work with Ben to prepare for his fight with Jake Paul. I had hoped it would be a full camp, but Ben was only able to spend one week with me at Wild Card.

“Ben came out in mid March and we worked together for six days. We made the most of our time together – he sparred on his first day at Wild Card followed by 12 rounds on the mitts. Not many fighters can do that on their first day in the gym. He worked his tail off all week.

“He has impressive power in his punches and his conditioning is off the charts. I don’t think Jake will be able to keep up with Ben much less keep Ben off of him.

“Ben and I worked on controlling the pace of the fight controlling the distance between him and Jake. To me, those two factors are crucial for Ben to succeed. Ben was a quick study and picked up on everything I showed him.

Freddie Roach: “I think it’s a lot safer for Jake Paul if he sticks with exchanging words instead of punches with Tommy Fury.”
“Jake has a good jab and he throws long punches. Ben will need to be a boss inside the ring – push him around and establish his ground, then crowd him. That will take away Jake’s strength.

“Jake is green. He is a product of good matchmaking. And yes, Jake has several weaknesses we will exploit, and no, I will not share those weaknesses before the fight!

“I think it’s a lot safer for Jake Paul if he sticks with exchanging words instead of punches with Tommy Fury.”