Tonight on the big Amir Khan-Kell Brook card, heavyweight Frazer Clarke had his pro debut. The accomplished amateur who won, among other trophies, a bronze at the Tokyo Olympics, faced late sub Jake Darnell, who was also making his pro debut.

It was all over at 2:06 of the opening round and we never got much of a fight. “Big Fraze” showed fast hands as he mixed it to head and body. A big burst of shots forced a bloodied Darnell to the ropes, where a right hand snapped his head back, and the white towel came fluttering in.

Pro debuts made by a big name are traditionally one-sided affairs and it was the same here. Still, with a number of opponents falling through and with Darnell gamely stepping in at incredibly short notice we cannot be too critical.

Clarke, already 30 years of age, doesn’t have time to waste and he will of course encounter far, far tougher tests as he progresses through the pro ranks.

For such a big man, Clarke does look to be in possession of fast and sharp reflexes and his hands were certainly quick tonight.

But again, the level of opponent he was in there with left a lot to be desired. It will now be interesting to see how soon Clarke fights again and how many bouts he can get in this year.

The atmosphere in Manchester is quite something right now; this despite the fact that tonight’s under-card has been incredibly poor for a pay-per-view offering.

The long-awaited main event had better deliver and deliver big. The fans who have paid a small fortune for a ticket and those who have forked out for the pay-per-view deserve nothing less than a great fight.

I for one cannot recall a poorer under-card for such a big fight in many a year. Maybe the women’s title fight, between Natasha Jonas and Chris Namus, for the WBO super-welterweight belt, will save the under-card. Let’s all hope so. 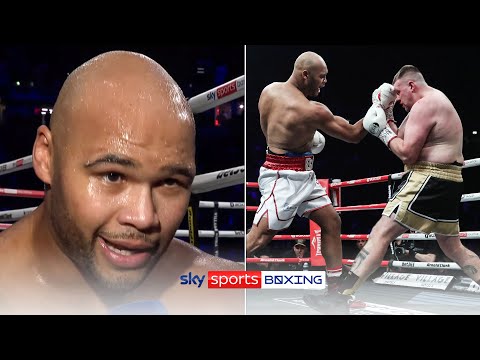