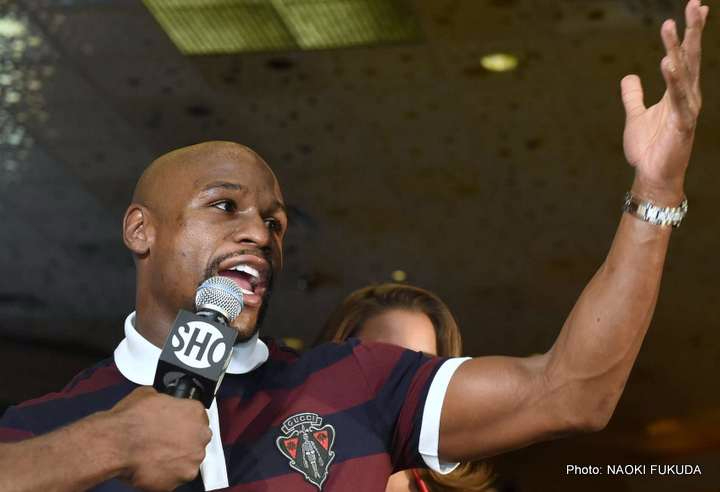 As a Floyd Mayweather fan I must applaud him on a successful pugilistic career. That being said, I know, actually we all know, at some point Floyd is going to return to the ring to put that 50th notch on his belt. I don’t believe his retirement gig!

He said during a recent interview that he could squash the May 7, 2016 bout between Canelo and Amir Khan by calling up Danny Garcia and proposing a fight for that same date. Nothing could be further from the truth then this verbal gestation, nobody would pay their hard-earned dollars, pesos, rubles, pounds or whatever to see this miss-match. Nice try Mr. Mayweather, nice try.

In any case there’s only ONE fight that people would drop what they are doing to see…and pay for, and that’s a Mayweather vs GGG fight. Now I’m not saying that Money Mayweather should fight GGG, he’s retired and he’s got nothing to prove, lord knows he’s got enough money to last many lifetimes. But if Floyd was to make that call and it was GGG’s number that he dialed, Canelo and Khan would move to another date.

So there you have it, Floyd says he has no desire to lace them up again, with statements like this it sounds like he will return.