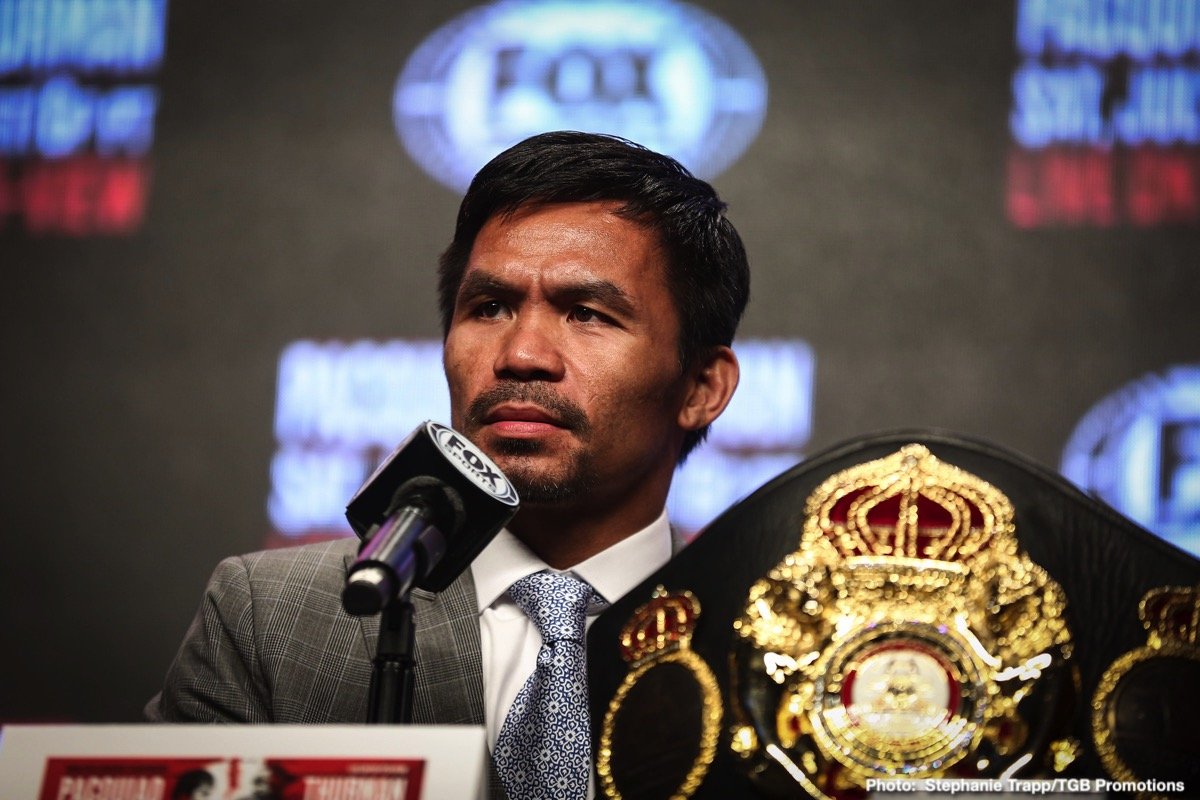 Though almost everyone in the sport gave the lofty distinction of Fighter Of The Decade (2010 to 2019) to Floyd “Money” Mayweather – Floyd boxing ten times during the period, winning all – Bob Arum strongly disagrees with such thinking. To be fair, so too did a few others (some experts / writers / fans feeling Andre Ward deserved the distinction, others still, Wladimir Klitschko).

But Arum is certian, beyond any doubt, that multi-weight king, indeed living legend – the only fighter to have ruled in four consecutive decades – Manny Pacquiao, is The Fighter Of The Decade. Arum, in speaking with The Manila Times, argues how Pac Man “carried the sport” during the periods of inactivity Mayweather engaged in.

“Fighter of the decade? I say Manny Pacquiao…..because of [his] body of work throughout the decade, when he fought regularly; he fought all those fighters,” Arum said yesterday. “He was the one guy that [during] the years that Mayweather retired or didn’t fight carried the sport. I don’t even think it’s close. I don’t think anybody can compare to Manny as fighter of the decade.

“Manny Pacquiao belongs to the greats and will go down with the greats.”

As far as Arum’s final uttered sentence goes, no-one disagrees in the slightest. A truly amazing fighter, with awesome skills, heart and courage, Pacquiao could be placed somewhere in the Top-10 of all-time (make your argument against this if you so wish). But as to why Pacquiao was the best, most special fighter of the last decade goes, perhaps Arum appreciates and respects the risks Manny was willing to take during that time: going up to 154 to take on the fearsome (Mayweather avoided) Antonio Margarito, for example.

And yes, Pacquiao was knocked out during the decade, in 2012, by Juan Manuel Marquez, but Manny was able to bounce back from a devastating loss lesser fighters would have been ruined by (and how would Floyd have reacted if he had been hit by THAT shot by Marquez?).

Mayweather sure desreves his plaudits and not too many people disagree with the 50-0 king being looked at as The Fighter Of The Decade. But if there’s any other boxer who deserves the honour, it’s Manny Pac-Man Pacquiao. And to think, the astonishing 41 year old is still going, he’s still a reigning world champion and he might achieve even more before he’s finally done.