50 years ago today at Luna Park Stadium in Argentina, reigning middleweight king Carlos Monzon was making the sixth defence of the title. Facing a tougher than tough man he was most familiar with, having been held to a draw by his challenger in a 1967 non-title affair, 30 year old Monzon knew he would have a hard night. And he did.

They didn’t call Philly’s “Bad” Bennie Briscoe bad for nothing. The teak-tough, shaven-headed (before the hair-do was made famous by Marvelous Marvin) warrior who could hit like hell to the body had given Monzon all he could handle in May of ’67, with plenty of people, Briscoe himself, feeling he had done enough over the 12 hard sessions. “If you get a draw in Argentina, that’s a win in America,” Briscoe said. 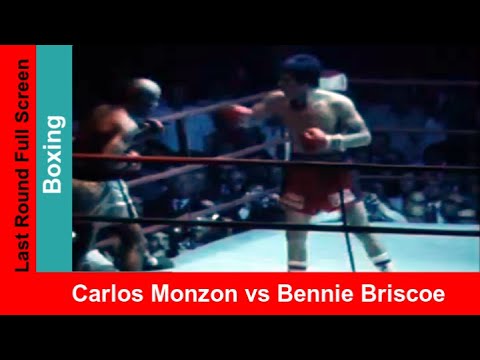 Now, over five years later, 29 year old Briscoe had a second go at Monzon, this time for all the marbles. Briscoe, who had forged a hard-earned 43-10-1 career – during which he had beaten fine fighters such as George Benton, Vicente Rondon, Tom Bethea and Luis Vinales, with Briscoe never having been stopped aside from in a DQ loss – was again to leave the arenas he had helped make legendary, in The Blue Horizon and The Philadelphia Arena. Arriving in Buenos Aires for the second time in his life, “Bad” Bennie was getting his first shot at the title.

Monzon, a genuine hero to millions in Argentina, had slugged with Briscoe in the first fight, and he had been given a fierce battle. This time, affording Briscoe the kind of respect he had for precious few fighters, “Escopeta” decided he would box, move, use his long reach and his underrated skills. Monzon was nothing short of brilliant on the night of November 11, 1972. But Briscoe, relentless in his approach, had his moments. The biggest of these coming in round nine.

Monzon, already an amazing 77-3-9, was defending the WBA, WBC and Ring Magazine titles he had ripped from Nino Benvenuti in November of 1970. Monzon loved being world champion, and he loved the fame, adulation, money, and women being champ brought him. Monzon used his head in the Briscoe return, but the man many historians today rank as THE greatest middleweight champion ever had to show his own durability and toughness along the way.

Monzon, with his long arms and deceptively fast hands, moved around the ring, his left jab serving him well, his counter-punching skills also seeing him pile up the points. Briscoe was on the front foot all night, but Monzon was sticking to his game-plan and he was also showing good defensive ability.

Then, in the ninth, Briscoe cracked Monzon with perhaps the hardest right hand the Argentine’s legendary chin ever had to take. Monzon was almost spun around by the hefty, beautifully delivered punch, with the champion holding on and then looking up at the arena’s time-clock. Monzon made it through the round yet he had been buzzed but good.

Monzon kept piling up the points, banking the rounds. Aside from when another Briscoe right got home in the 14th round, Monzon was in almost total command. It wasn’t easy, but Monzon was great enough, special enough, to be able to make it look at times as though it was easy. In the end, it was wide on the cards – 150-139, 149-139, 149-139, all for King Carlos.

Monzon would remain as world champion for five more years, before retiring in 1977, this after two testing fights with Rodrigo Valdez. Monzon’s final numbers read a hugely impressive 87-3-9(59). 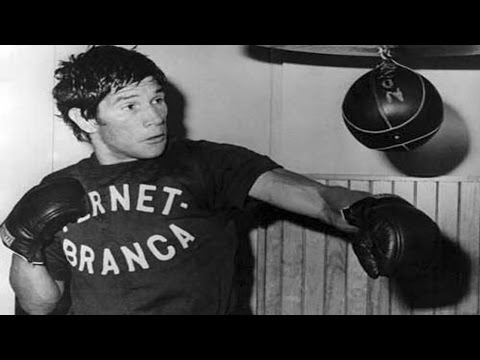