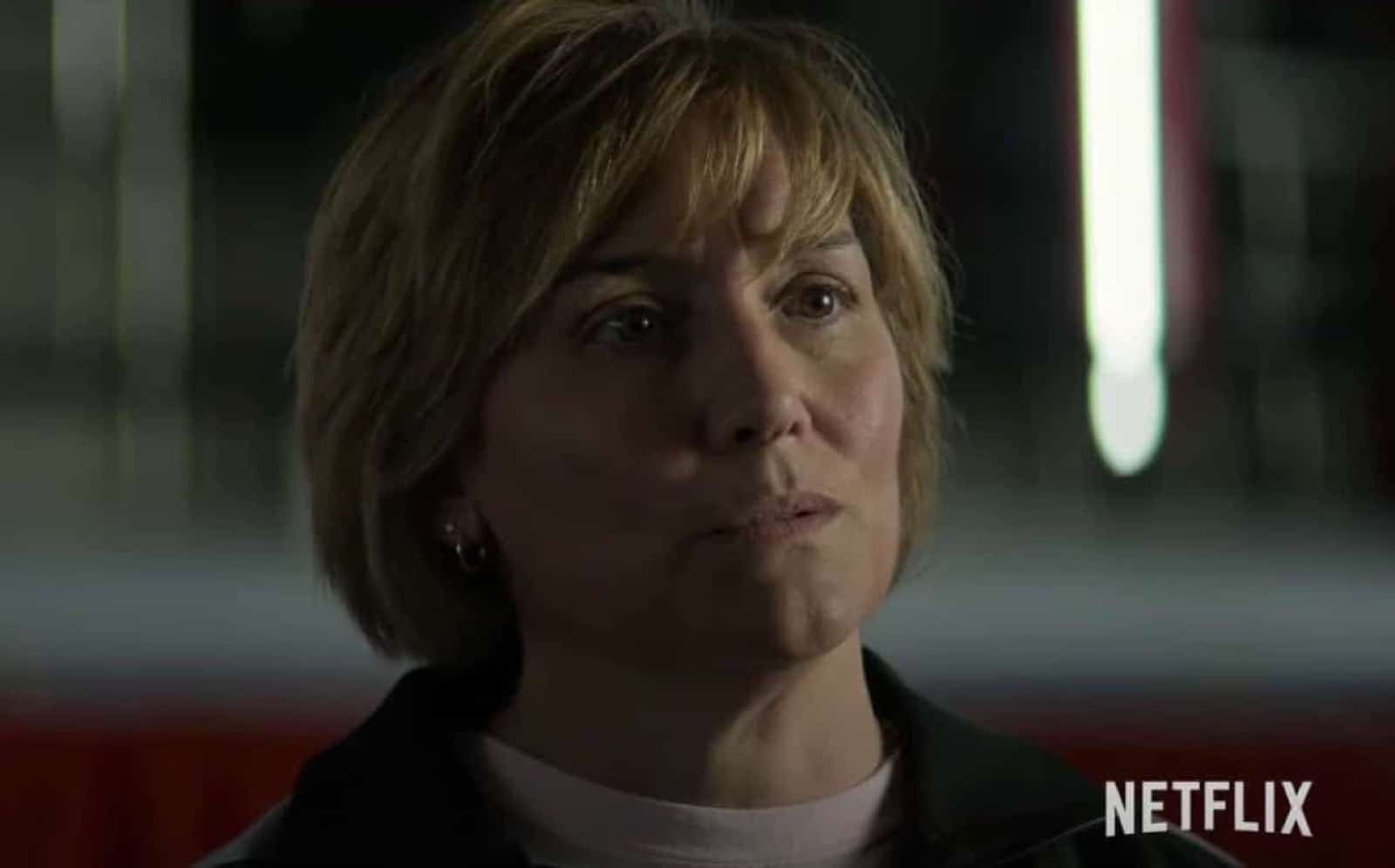 Female fighting legend and trailblazer Christy Martin has a whole new generation of fans and admirers due to the magnificent film “Untold: Deal With The Devil.” The new film is a stunning piece of work, while the story reaches almost surreal status at times.

Martin, now a promoter who is still “hooked on boxing,” really does have some story to tell and she sees it as her purpose to talk about all that she went through in order to help other people.

Here the former WBC champion known as “The Coalminer’s Daughter” speaks about her incredible life and career:

Q: How tough was it and how much pressure to succeed was there on you when you were coming up as a female boxer when there were so few, if any other, women doing it at that time?

Christy Martin: “I think at the beginning, the very beginning, pre-Don King, I don’t think I felt that much pressure, just a desire to prove to people that I could do it. But when I signed with Don King, and started fighting on those big shows, on Showtime and under Mike Tyson, and on pay-per-view, now that was pressure. Now everyone’s looking and I felt like it wasn’t just me that they were looking it, it wasn’t just my name I had to worry about; it was also Don King. I didn’t want people to say to Don King, ‘You’ve signed this woman and she can’t fight!’”

Q: You were written off by so many people, even before you really got started. Did the lack of respect – such as having to get ready for a fight in a closet and stuff like that – drive you on to prove them wrong?

C.M: “Well, respect is earned, it’s not given. But, you know, there was no built-in respect and I had to earn every little thing. That meant changing [for a fight] in a dancer’s closet, and not having my own dressing room with my own bathroom (laughs).”

Q: How soon did you know you had both a great punch and a great chin?

C.M: “I think I always thought I could take it. It took a while for me to really understand that I could punch. But early in my career I knew that I was knocking people out with one punch, and sometimes even the guys don’t do that. So I did feel I had a little bit of a gift of punching power. Chin, I think it’s a mindset. I’m sure it’s also physical; you know, you can have the strongest mindset yet get clipped and go out. But with me, I feel like my good chin was down to my mindset; that I was not going to let people hurt me. I had been hurt through so much other stuff in life, but in that ring I was not gonna let anyone hurt me.”

Q: You had a great action style. Your first pro fight was a draw, though, and you lost a close decision in your fourth fight. Were you discouraged?

C.M: “The first time I did a pro fight, the promoter had called me to fight his girl and I didn’t understand how boxing worked – I didn’t understand that I was going into town to fight the promoter’s girl. On a small show like that, I was going to have to knock here out [to win]. I didn’t knock her out but I really beat her up and they still called it a draw. Going into that fight, my mindset was I was only gonna do one fight. I was going to college to get my degree in teaching. But when it was draw and they asked me if I’d come back and fight again, I said of course. You know, I didn’t win, I didn’t lose; let me try it again. And I knocked her out, out! And then I was just hooked.”

Q: Your breakthrough fight came on the Tyson-Bruno card of March 1996.

C.M: “That fight was definitely my breakthrough fight, and not only for me but for all women’s boxing, as that fight showed how women could really fight. We showed we were tough as nails, Deirdre Gogarty (who Martin decisioned on the card) and me, it took us in there to really change the face of women’s boxing for ever. If we had gone in there and stunk up the show, who would have given women’s boxing another shot? Even Laila Ali said she only became a boxer because she saw that fight.”

Q: You became a real star. Did it overwhelm you?

C.M: “I always say that people can’t realise….I am truly a coalminer’s daughter, from a very, very small town in West Virginia and I don’t know how to explain it to people who are not from here. To come from such a small, small place to be promoted by Don King, to fight on pay-per-view, to fight on cards with Mike Tyson, Felix Trinidad, Julio Cesar Chavez, Oscar De La Hoya, so many legends; I fought on cards with Tommy Hearns and Roberto Duran! In my eyes, I came along at the end of the last great era of boxing. There were just a few of those great boxing legends still fighting. Boxing has changed so much since the 1990s. It’s always been a business, but it seems it’s more business now than ever.

“There was so much pride to put that championship belt around your waist, it meant more than a payday, honestly. I don’t feel like many fighters feel that way anymore, although I’m sure a few still do. It’s just a business. I don’t understand it, if you’re a fighter, you want to fight. I know they get huge paydays now, so I get that. But we did fight far more often.”

Q: Talking about the film “Deal With The Devil,” was it hard to make, recalling all the dark times?

C.M: “It was good therapy for me, to go through that crazy life and to share it. The moment I woke up in the hospital after being shot and stabbed and left for dead, I said to myself that God put me here for a reason. And still today, I feel that reason is to help other people. I used to feel like, if I help one other person then I’ve done my job, but recently, I feel like I need to help one person every day. That’s my goal. So people that read this article, someone is going to go, ‘wow!’ and it’s going to push some button and help them. So that’s why I carry on telling my story and cheering up people.”

Q: But you don’t see yourself as a hero?

C.M: “No, I for sure don’t. I just feel like I’ve been blessed. I’ve been left here on earth to do a job and hopefully I can help people get back on their feet.”

Q: When you meet fans today do they most want to talk to you about the film or about your fights?

C.M: “Wow. You know what, the film opened up a lot of fans who didn’t really know about my boxing career, so it’s a little about both. Even people that say they knew me, who thought they did, they say the story really opened up their eyes to what I have endured.”

Q: Can you talk about Jim Martin? Do you ever think about him, would you ever go and visit him?

C.M: “Well, today (November 23rd) is 11 years to the day since he shot me and stabbed me. Do I think he’ll live to get out? He would be 92 if he lives to get out. Do I think there’s a chance he’ll live to be one or two days past his release date just so he can try and kill me again? Absolutely. I have carried around with me a list of about ten or 12 questions, which I would like to ask him. I’ve spoken to the prosecutor many times, saying how I want to go see him, to ask him these questions. But the prosecutor asked me one day, did I think he ever told me the truth when we were married? I said no, so he said then why do you think he would tell you the truth now? I just think, asking these questions would be some kind of relief from me, from myself; I would get something off my chest. And I think I know him well enough – that’s how crazy my thoughts are – I think I know him well enough that I could get a sense of what was true and what wasn’t. Yeah (long pause), I don’t know.”

Q: He showed us a terrible human being while you show us a great human being. You are glad the film came out?

C.M: “Absolutely. It helps me and it will help other people. The film allowed everyone involved to give their truth – what they did see, what they didn’t see. And he [Martin] got the opportunity to talk himself. It was hard hearing his voice, and for some reason I thought he would show a little bit of remorse, and yet it was just the opposite. He’s still the same arrogant ass that he was.”