In a competitive fight, IBF/WBC welterweight champion Errol ‘The Truth’ Spence Jr did an excellent job of wearing down & stopping WBA 147-lb champion in the tenth round of a scheduled twelve-round unification fight on Saturday night at the AT&T Stadium in Arlington, Texas.

The contest was halted at 1:44 of round ten on the advice of the ringside doctor.

Spence (28-0, 22 KOs) had to weather a rough patch in the sixth round when Ugas hurt him badly with a counter to the head.

The unbeaten Texas native Spence lost his mouthpiece, which bought him some valuable time when the referee Lawrence Cole stopped the action to have it put back in.

Whether that time out saved Spence is a matter of debate. All we know is Spence came roaring back in the seventh round to batter Ugas with body shots and stun him.

Spence took the fight out of the 35-year-old Ugas completely in that round because he hit him with so many body shots that he couldn’t muster any real offense in the subsequent rounds.

“I’m going to get these straps and go over there and take his shit too.”@ErrolSpenceJr calls out @terencecrawford 😳 🗣️#SpenceUgas pic.twitter.com/Pk5gXljXfW

Ugas began having major right eye problems with it swelling up from the heavy punches Spence was hitting him with.

Spence’s body attack was relentless and took the fight out of Ugas entirely by the midpoint of the contest. From rounds seven through ten, Spence was teeing off with shots to the head & body of Ugas, who was covering up like a sparring partner.

Ugas was still able to land occasional shots, but it was not enough to keep Spence off of him.

It was a huge difference between the machine gun fire that Spence was laying down on Ugas and the sporadic cap gunshots that he was landing in response.

Some of Spence’s success was due to the 35-year-old Ugas’ advanced age, but not all of it. Ugas would have had the same issues dealing with Spence’s body attack even if he were younger. No one gets hit to the body like that and lasts long under that punishment.

At the time of the stoppage, Spence was ahead by these scores:

After the contest, Spence made it clear that he wants WBO welterweight champion Terence Crawford next.

“It means a lot fighting in my hometown in front of my family and my friends and everyone that supports me,” said Spence after the fight. “These are my number one fans that came out and supported me. 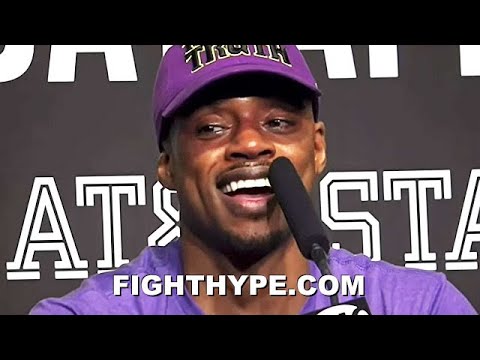