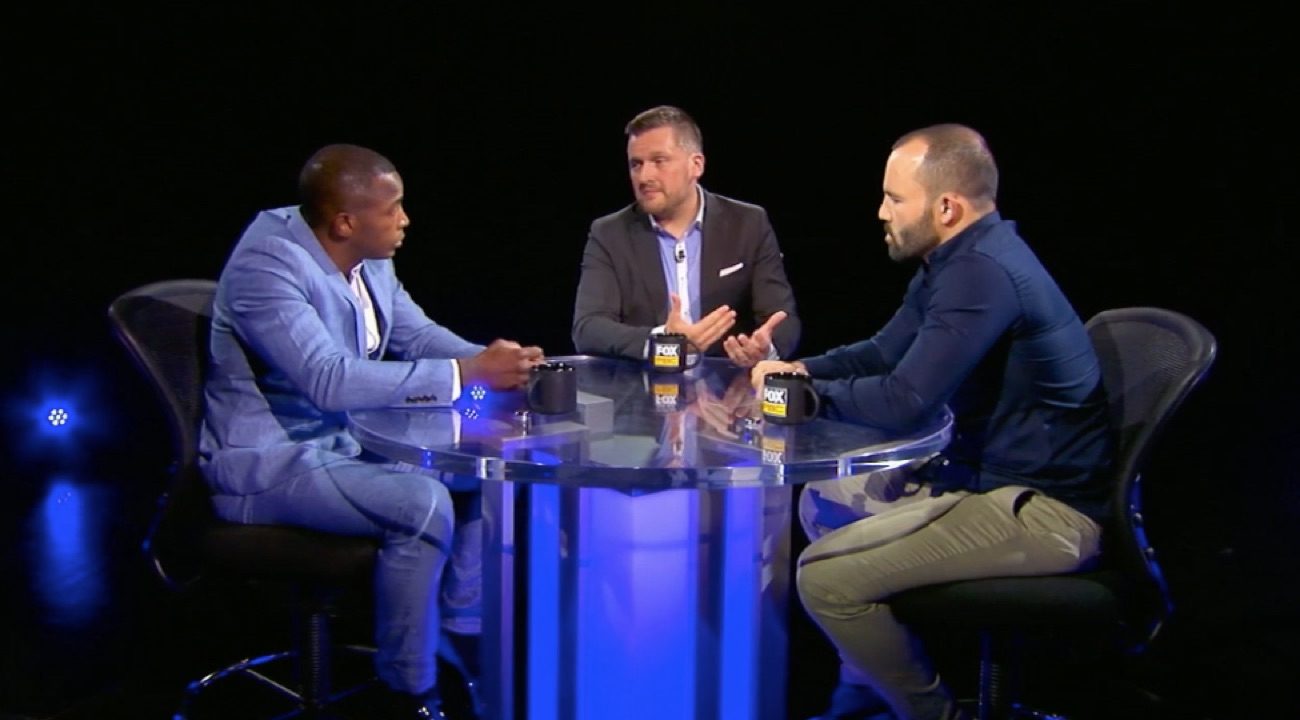 Before they battle for the WBA Super Welterweight title this Saturday night, former world champion Erislandy “The American Dream” Lara and Ramon “El Inocente” Alvarez traded words on “PBC Face to Face” and previewed their showdown that will headline FOX PBC Fight Night and on FOX Deportes from The Armory in Minneapolis.

After an extended title run that ended with him as the longest reigning 154-pound champion, Lara is highly motivated on his quest to recapture his place in the division and erase the memory of his narrow decision defeat to Jarrett Hurd in 2018’s Fight of the Year.

Lara: I’m getting another chance for world title

“I came and I achieved almost everything that I have asked of myself,” said Lara. “I was world champion for many years and the most important thing is that now I feel very happy because they gave me another chance for the world title and to be crowned again.

Erislandy “The American Dream” Lara is hunting for another CHAMPIONSHIP BELT as he faces Ramon Alvarez for the WBA Super Welterweight title! pic.twitter.com/Xfr9k0HHG4

One of those close and controversial decisions in Lara’s career came against Ramon Alvarez’s brother, middleweight champion Canelo Alvarez in 2014. The two combatants this Saturday night exchanged words on if that 2014 fight could play into their title fight.

Ramon Alvarez: Erislandy Lara will NOT be fighting Canelo again

“He will not be facing my brother, nor do I think he will face him again,” said Alvarez. “He should focus now on what is coming. I’m what is coming.”

Alvarez is hoping for an opportunity to distinguish himself from his brother and score the biggest win of his pro career that dates back to 2008. He enters this fight the winner of four of his last five contests, with his only defeat in that stretch coming to former champion Brandon Rios in 2018.

“I will work to make things very clear to Lara that I am not my brother and that this fight will not be the same,” said Alvarez. “This fight has nothing to do with controversies. I think I have a different style to show and I’m going to show it this night.

“This is everything for me. To make my own legacy. My own path and show I got here with nobody’s help. I think we’ve shown to the world and the public that I have been advancing and winning, and I’ve been winning these opportunities and I will take advantage of them.”

After his Fight of the Year against Hurd in 2018, Lara engaged in another exciting action bout in March against Brian Castano, a title fight that eventually ended in a draw. With Alvarez expected to fight aggressively on Saturday, Lara believes another high octane bout is on the horizon.

Lara expects Alvarez to make it a good show

“If the boxer is a guy who advances and pressures, I’m obligated to work with him,” said Lara. “I expect on August 31, Alvarez will come with the same anxious hunger and give a great show. So for the people will be watching, it’ll be very good.”

This will be Alvarez’s biggest opportunity of his career, a chance to not only win a world title, but grab a career-defining win against an elite former champion.

“I chose Lara because he’s a great fighter,” said Alvarez. “Because I think it’s our opportunity to demonstrate to the world what I have. Who I am. I think that of all the matchups, the best fight is with Lara. So, I chose him to give the people a spectacular show. I think that’s what we’ll do.”

The two fighters also traded words about their shared strategy not watch video of their opponents’ past fight prior to stepping in the ring.

“When they told me about the fight with Ramon, I had never seen you fight,” said Lara. “I do not look. I do not like to see your game plan. In Cuba, I didn’t have the chance to see the boxers when we left the country. I am not used to watching video of boxers. I have never really seen you fight. I’m going to prepare hard for the fight and I will be well focused on you on August 31. Because I come to win. I do not come to play.”

“I believe that all my opponents, all fighters, get to know each other better in the ring,” said Alvarez. “Maybe you can see someone’s video, but you don’t really know how it’ll be on that night in the ring. One has to work and prepare for everything.

Ramon Alvarez prepared for everything Lara can bring

Both fighters believe that all of the motivations will add up to a great fight for the fans, with a good chance of an explosive finish that determines who walks away with the title.

“For me, the fight will end with a knockout because it is a high voltage fight,” said Alvarez. “So we’ll work very hard to give that surprise. I’m going to work for 12 rounds. “

Read: Lomachenko vs. Campbell & Edwards vs. Martinez – WBC stats
Read: The Ali-Norton Rivalry: as close as you can get
Follow @boxingnews24