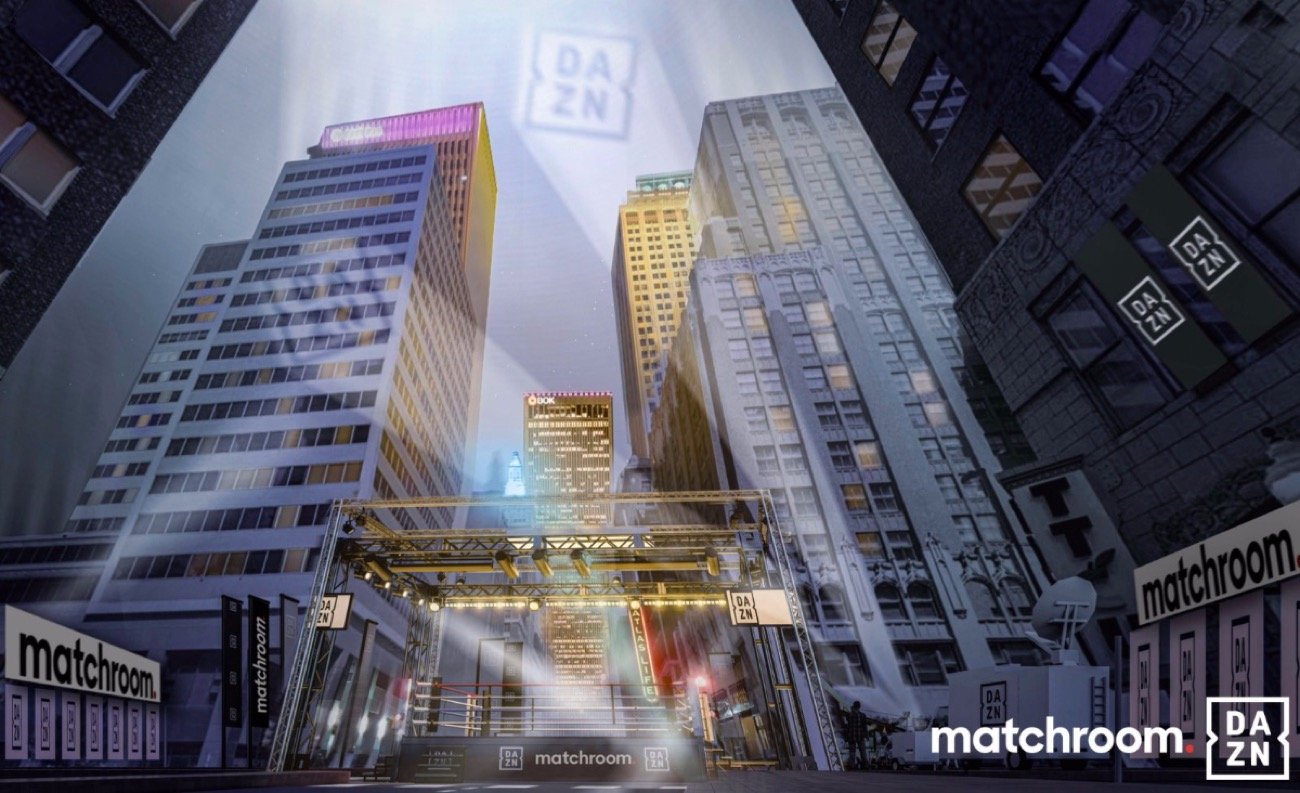 Matchroom Boxing USA will return in style on August 15 – taking World championship boxing to the streets in downtown Tulsa, Oklahoma, live on DAZN.

The hotly anticipated return for Eddie Hearn’s US arm will see downtown Tulsa streets blocked off from 4th and 6th at the intersection of S. Boston Ave, with no fans present, strict social distancing and medical protocols in place, and a ring placed in the middle of the street at 5th and S. Boston Ave to set a stunning stage for what promises to be an explosive night of action.

. @DAZN_USA August 15 we return to the USA and we are taking it to the street in Tulsa! #MartinezArroyo #BreakhausMcCaskill #Giyasov #Castro #Ababiy #Ford 🇺🇸 pic.twitter.com/KjcSf7VRBS

With a stellar line-up, Hearn wanted to create another unique occasion having announced Matchroom’s return in the UK with ‘Fight Camp’ over four weekends in the garden of his Essex HQ, and Hearn is delighted to have engineered a fitting setting for the stellar night.

“We are taking elite World Championship boxing to the streets in Tulsa!” said Hearn. “For our return in the US we wanted to stage something as unique, ambitious and spectacular as we have with Fight Camp at Matchroom HQ in the UK, and I believe that’s exactly what we have in Oklahoma.

“We had so many options and offers on the table for our return on August 15 from coast-to-coast, but I’m just not a believer in boxing in a studio setting – the fighters and the sport deserve more than that.

“Tulsa shared our vision of wanting to create something special and I am thrilled to be working with the Mayor’s office, Joe Miller at the Oklahoma State Athletic Commission and Tony and Bryce Holden on bringing a thrilling fight night to the city.

With the ring placed in the middle of the street, August 15 sees our World championship double-header take place with downtown Tulsa as a spectacular backdrop on fight night 🏙#MartinezArroyo @DAZN_USA pic.twitter.com/yNNji0Up5B

Will Jaron “Boots” Ennis Be The New Star In The Welterweight Division?

“With explosive Mexican Martinez defending his World title against Puerto Rico’s Arroyo, the undisputed Welterweight battle between Braekhus and McCaskill, Uzbek star Giyasov and talents Ababiy, Ford and debutant Castro, this is a line-up that could stop traffic – so we’ve done exactly that!”

Matchroom are working closely on the event with Holden Productions, led by the Oklahoma boxing stalwart Tony Holden, who has promoting World Championship boxing globally for over 30 years and played a pivotal role in bringing the fight night to his hometown, and also with Bryce Holden’s Onyx the Agency

“I can’t imagine a better place to host this event than downtown Tulsa at 5th and S. Boston Ave,” said Tony Holden. “The backdrop is incredible and with no audience possible during this pandemic, the site will unsurpassed in terms of innovation, safety and visual impact. We’re looking forward to working with Eddie, Matchroom Boxing and DAZN in the great city of Tulsa.”