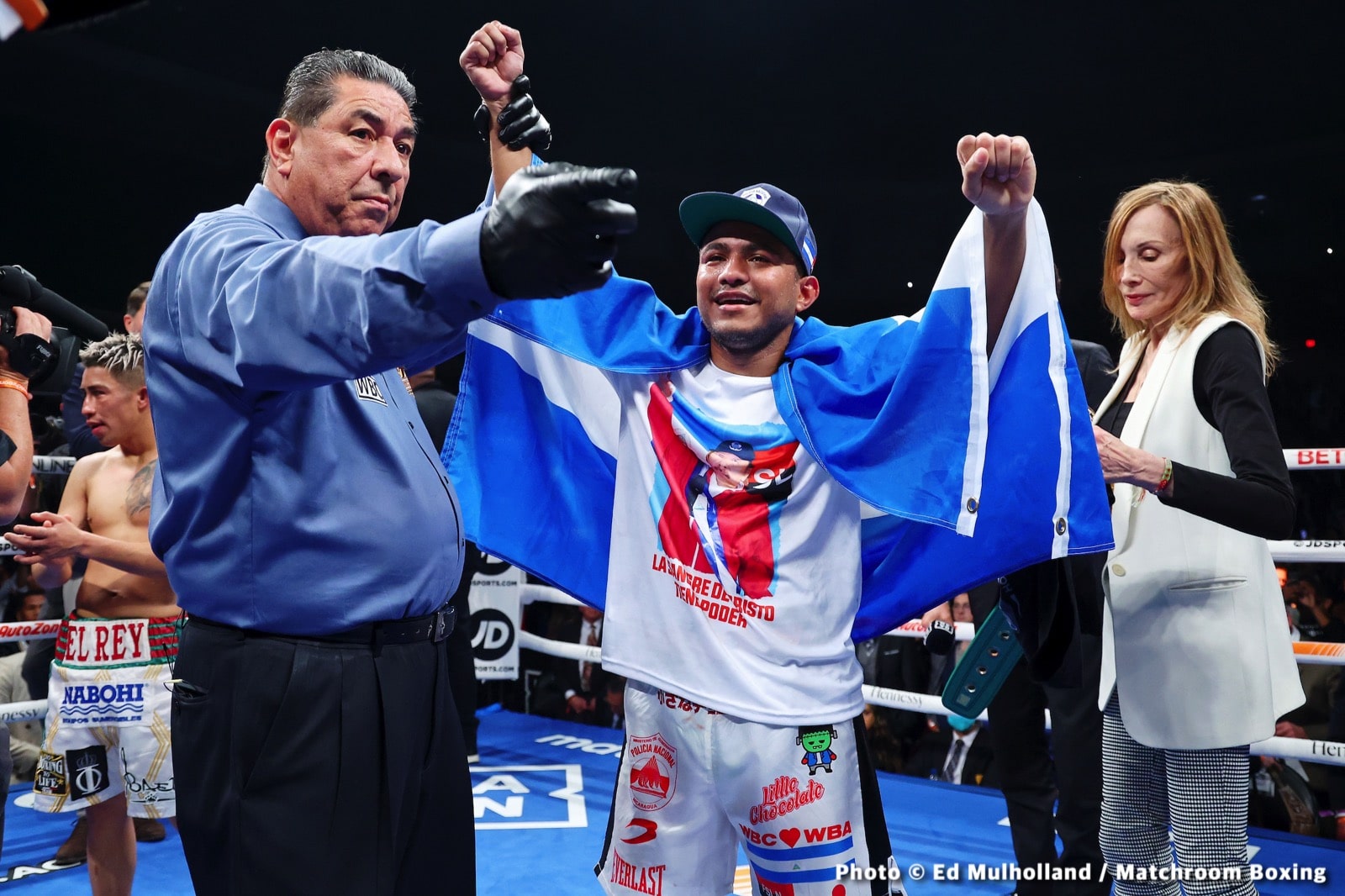 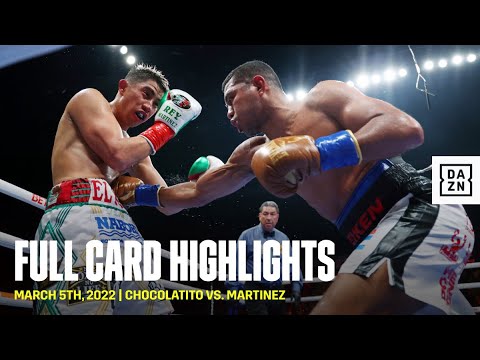 The scores: 118-110, 117-111, 116-112. There were several close rounds that could have arguably gone to Martinez if you were willing to ignore Chocolatito’s ring generalship, which was on display the entire fight.

It was Hearn’s idea to ask Rey Martinez to step in as a replacement opponent to face the former four-division world champion Roman Gonzalez after Juan Francisco Estrada pulled out of the contest.

In light of the one-way beating Martinez took by Chocolatito, it might have been a wiser move for Hearn NOT to use him as the replacement. Martinez lacked the size, conditioning, technical skills, and experience to be fighting someone like Chocolatito.

“He came to support Julio Cesar Martinez. He’s obviously from San Diego,” said Eddie Hearn to Fighthype on Canelo Alvarez showing up at Saturday’s fight to support Rey Martinez in his fight with Chocolatito Gonzalez. 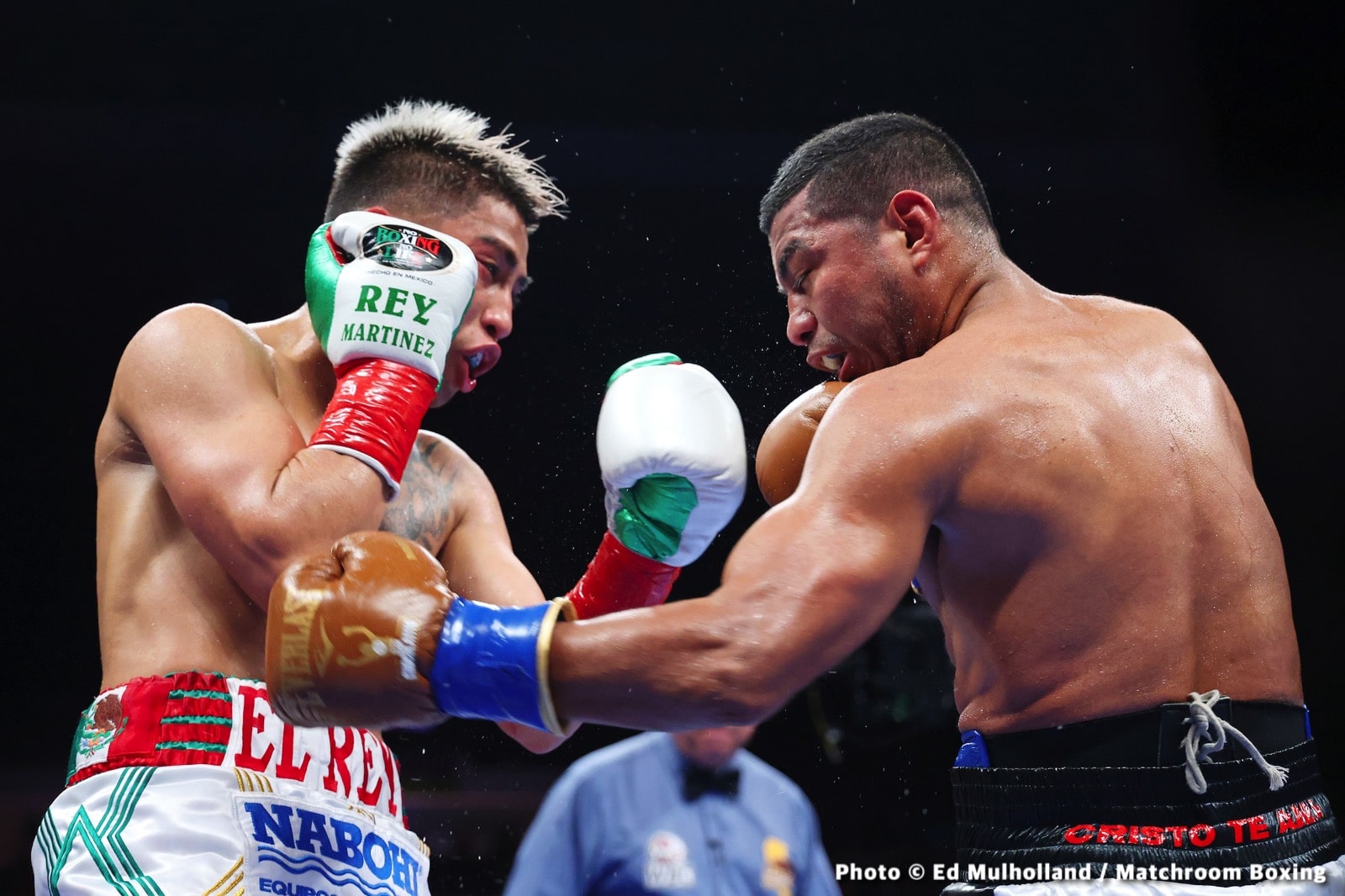 “He’s a passionate boxing guy. You can see that by sitting next to him, you know?” Hearn said of Canelo, who was cheering Martinez the entire fight.

“I’m a bit of the same in screaming and shouting. It was a brilliant fight. Amazing, he is amazing,” Hearn said of Chocolatito Gonzalez. “With Canelo the best fighter I’ve ever seen up close.

“Julio Cesar Martinez took the fight on six weeks’ notice, but you saw the difference between a good world champion and a pound-for-pound legend in Chocolatito. It was incredible. He’s getting better and better.

“It was an incredible performance and he’s getting better,” said Hearn to Fight Hub TV on Roman’s win on Saturday night over Martinez.

“Chocolatito is so smart, so clever. Brilliant fight, brilliant night, great atmosphere. I think there are only two fights for him. El Gallo Estrada and Jesse Rodriguez.

“I think Jesse Rodriguez may be everybody, but we’ll see. A good performance tonight. The Estrada trilogy is always there as well. He’s a true pound-for-pound legend.

“He’s mandatory for [WBC super flyweight champion] Jesse Rodriguez,” said Hearn about Srisaket Sor Rungvisai. “He got a kidney infection and couldn’t take the fight. The WBC is going to call the fight with Jesse Rodriguez.

“We’re looking at doing a doubleheader in San Diego with Estrada and Franco and Jesse Rodriguez against Rungvisai. But there are not many other fights out there for Chocolatito outside of the Estrada trilogy, Jesse Rodriguez is a fight I like as well. He’s so good,” Hearn said of Roman Gonzalez.

“It was a great fight, I really enjoyed the fight, and I know the fans did,” said Devin Haney on Chocolatitive’s win over Martinez.