Promoter Eddie Hearn says he’s going to move Josh Warrington (30-7-1, 7 KOs) towards another opponent for his next fight after he fought to a two round technical draw on Saturday night in his rematch with Mauricio Lara (23-2-1,16 KOs) at the Headingley Stadium in Leeds,  England.

The Matchroom Boxing promoter Hearn said that Lara suffered a “Horrific” cut over his left eye in the second round, and there’s no way that he’ll be able to return to the ring to face Warrington in a trilogy match this year. 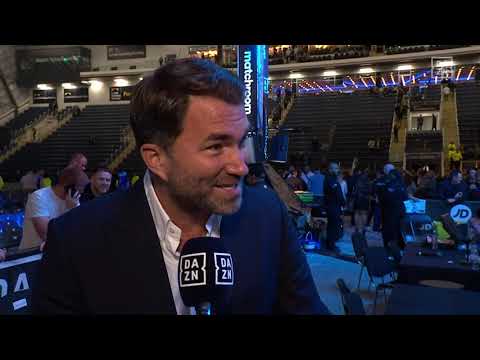 If there will be a third fight between Lara and Warrington in 2022, Hearn needs to sit down with Josh and let him know to control his head-butting.

There’s no point in Hearn sitting up another fight between them if Warrington will ruin it by head-butting.

Hearn wants Warrington to move on

Rather than have former IBF featherweight champion Warrington sit wait until Lara can fight again in 2022, Hearn wants to set up a fight for him against somebody else.

Hearn says he and Warrington both still want the fight with Lara, but they’re not going to wait around for him to heal before fighting again.

Interestingly, Hearn said his initial reaction after Lara was cut and making a big deal about it in the second round was that he was trying to get out of the fight.

That thought is interesting because many boxing fans on social media believe that Warrington was trying to get out of the fight by head-butting Lara in both the first and second rounds.

It looked to many fans like Warrington wanted to end the fight by cutting Lara with a head-butt, which is why he continued to head-butt until he was cut.

“Such a great first two rounds and I’m gutted because I thought it would have been such a great fight,” said Eddie Hearn to iFL TV on the Lara vs. Warrington fight.

“I thought Josh Warrington looks really good. He was a different fighter tonight. Lara looked strong and powerful still. They were really engaging in the second round, a clash of heads. I thought Lara was looking for a way out of the fight.

“Once the doctor called the fight off, I went and looked, and the cut was absolutely horrific,” said Hearn about Lara’s cut. “He wasn’t looking for a way out. He was cut from one side of the eye to the other side of the eye. 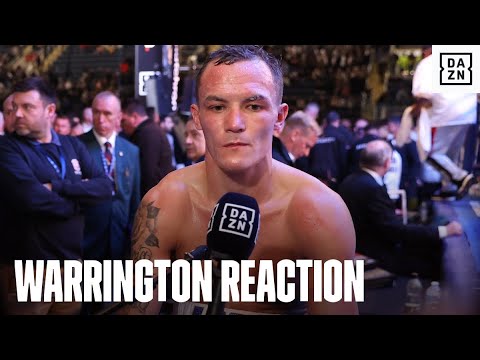 “Yes, I definitely got that wrong, and there was nothing you could do. He couldn’t continue,” Hearn continued about his initial thought that Lara was trying to get out of the right rather than Warrington.

“So for us, for Josh, it’s a case of will he fight this year? There will be opportunities for him to fight. He will want to fight Mauricio Lara.

“I want him to fight Mauricio Lara, but he shouldn’t have to wait until February or March of next year to do that when he just fought two rounds, and he doesn’t have a mark on him, and he’s as fresh as a daisy. 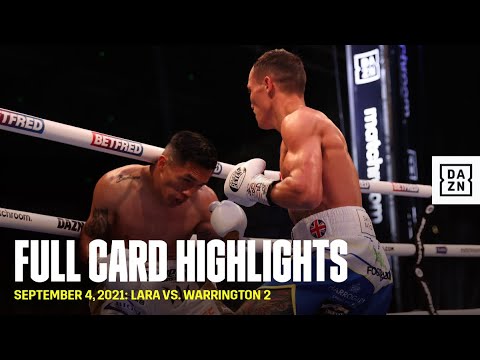