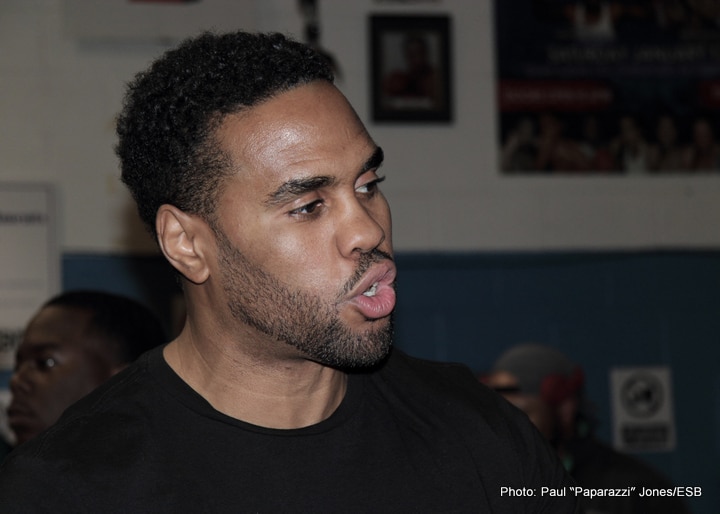 Eddie Chambers of Philadelphia has been waiting, and waiting, for a significant fight for a number of months. The wait is over, as the Peter Fury-trained heavyweight contender will face unbeaten heavyweight prospect Gerald Washington in the coming weeks (according to ESPN.com’s Dan Rafael, the fight was originally set to go on the under-card of the April 30th rematch between Andre Berto and Victor Ortiz, but will now take place as part of another PBC card).

The match-up is an interesting one. Chambers, now aged 34 and winner of six low-key fights on the bounce since his August 2013 points loss to Thabiso Mchunu down at cruiserweight, was a top contender from 2008 to 2012, challenging then-heavyweight king Wladimir Klitschko in 2010. Since that KO loss, Chambers has seen some frustrating months go to waste due to inactivity. Fighting just once in 2011, 2012 and 2013, and boxing just one time last year, Chambers, 42-4(23) has boxed against so-so opposition, both in the UK and in the US.

Last seen stopping journeyman Galen Brown in September of last year, “Fast” Eddie will no doubt be pumped to get a decent fight against a man some people feel has some promise in the 16-0-1(11) Washington. Washington failed to look good in his last fight, when he was held to a draw by veteran southpaw Amir Mansour in October, a fight many felt Washington actually lost. And at age 33, Washington, just a year younger than the far more experienced Chambers, might not have much time left to improve. Of course, the former NFL player turned pro late (at age 30) after very little amateur experience and though he is a natural athlete – standing 6’6” and weighing around 240-pounds – Washington looks to be in for a tough night against Chambers.

Unless the inactivity has hurt him, and unless Chambers has lost some interest and enthusiasm as a result of being overlooked for such a substantial amount of time, a Chambers win looks very likely. Washington will enjoy height and reach advantages, but everything else: experience, skill, speed and pedigree, favours the man who has been in with the likes of Klitschko, Sam Peter, Tomasz Adamek, Alexander Povetkin and Alexander Dimitrenko.

Chambers, who is used to being in there with a bigger guy, might even have a point to prove and look for a stoppage win over Washington. If that doesn’t happen, look for Chambers to win a wide, unanimous decision. But at age 34, and after having been a pro for over 15 years, has Chambers seen his best years go by?