Unbeaten WBA light heavyweight champion Dimitry Bivol (18-0, 11 KOs) had to reach deep to beat a game and highly motivated Craig Richards (16-2-1, 9 KOs) in winning a narrow 12 round unanimous decision on Saturday night in an interesting chess match at the Manchester Arena in Manchester, England.

Bivol, 30, looked uncomfortable from the outset from the powerful right hands that Richards was landing in the first round of the fight. 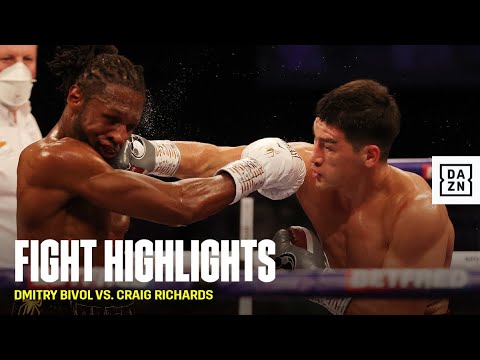 The 6’3″ Richards was hard for Bivol to get to without getting nailed by his jabs and right hands to the head.

Richards did an excellent job of rallying in the last four rounds from the 9th through the 12th to make it a closer fight than it should have been.

Bivol looked like he shut down and went into his defensive shell in the final quarter of the fight, which allowed Richards to get back into it. If this were a 15-round fight from the 1970s, Bivol would have been in trouble.

In the second, Richards threw a wild right hand that Bivol dodged and countered him with a big left hook to the head. Bivol then unloaded with a mini-flurry of shots that had Richards looking uncomfortable.

After the second, Richards seemed to play it safe, staying on the outside, jabbing and throwing occasional power right hands. Richards was still landing one or two big punches per round, but it wasn’t quite enough for him to win the rounds.

“The fight was really tough for me because h’s a smart boxer,” said Bivol about Richards. “He thinks all fight, he thinks what he’s going to do.

“It was a normal performance for me. I know Beterbiev will fight with Joe Smith Jr and Canelo with Saunders. It doesn’t matter who fights me first. I’m open to anyone,” said Bivol.

After eight rounds, it was clear that Bivol had a commanding lead, and Richards was in a position where he needed to go for broke. To his credit, Richards went after Bivol and finished the fight in a commanding manner, taking the fight to the 30-year-old Russian Bivol and looking like the better man.

For Bivol, he was too content with doing just enough to win the rounds, and he seemed mostly interested in boxing and blocking the incoming from Richards.

The only time that Bivol showed any fire was when he would get hit hard by Richards with big shots. Bivol would then respond with several hard punches of his own, but other than that, he didn’t show much.

Coming into the fight, Bivol was considered by some to be the #1 fighter in the 175-lb division, but he didn’t look it tonight. 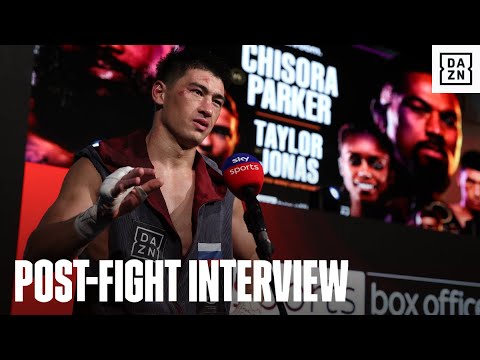