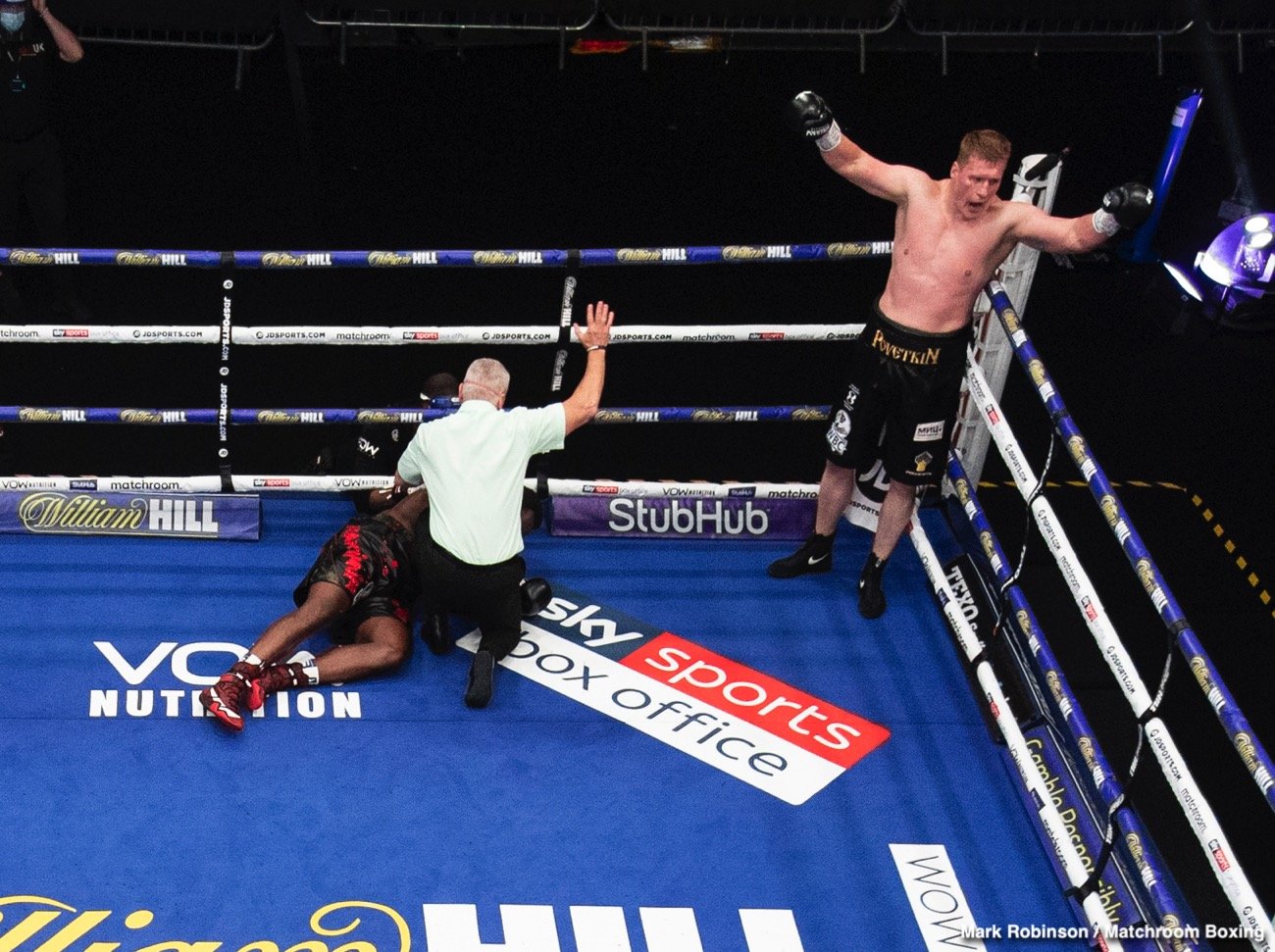 Michael Hunter feels that it’s too soon for Dillian Whyte to be facing Alexander Povetkin in a rematch in November, and he’d like to see him take a tune-up first. Whyte (27-2, 17 KOs) wants the second fight with the 40-year-old Povetkin to show the boxing world that he’s not the same guy that the Russian fighter knocked cold last month.

What made the defeat for Whyte all the worse is he lost his WBC mandatory position to challenge champion Tyson Fury in early 2021.

And The Nastiest KO Of The Night Award Goes To ....Filip Hrgovic!

That’s a fight that would have made Dillian a lot of money and given him a shot at earning an even bigger payday against IBF/WBA/WBO champion Anthony Joshua later on in the year.

Whyte, 32, and his promoter Eddie Hearn both believe that by facing Povetkin in November, they have a chance to regain the WBC mandatory position and still meet Fury in early 2021.

If Whyte beats Povetkin in November, he’ll need the World Boxing Council to order the fight against WBC champion Fury by February or March of 2021 for that to happen. Otherwise, Whyte would need to wait until after Fury faces Joshua, and he doesn’t want to do that.

“I think it would be a good idea to take some time off,” Hunter said to Sky Sports about Whyte.

“He can get that fight back – he has enough clout and notoriety to fight another fight, get mentally strong, let the wounds heal, then go back to war with Povetkin.”

“I think it is a little too soon for him to have a rematch.”

Hunter says he thought Whyte was made to order for Povetkin going into their fight last August, and he wasn’t surprised that he lost the battle.

What was surprising to him was Whyte was able to drop the 40-year-old Povetkin twice in round four of the contest. That was impressive, but Whyte couldn’t finish the job.

Hunter (18-1-1, 12 KOs) fought to a 12 round draw against Povetkin on December 7t on the Andy Ruiz Jr. vs. Joshua card at the Diriyah Arena, in Diriyah, Saudi Arabia.

He fought well enough to deserve the victory over Povetkin in the eyes of a lot of boxing fans, but it wasn’t to be. Povetkin came on strong in the second half of the fight and made up for a bad poor start in the first six rounds.

Whyte believes that it was a mistake on his part that he lost, and he feels that he would have won had he not gotten careless in the 5th round.

With Whyte not giving Povetkin the credit that he should be for beating him, it’s not all that shocking that he wants an immediate rematch in 2020. But if things don’t work out in Whyte’s favor, his career is going to be in tatters, and his promoter Hearn will be stuck with him. 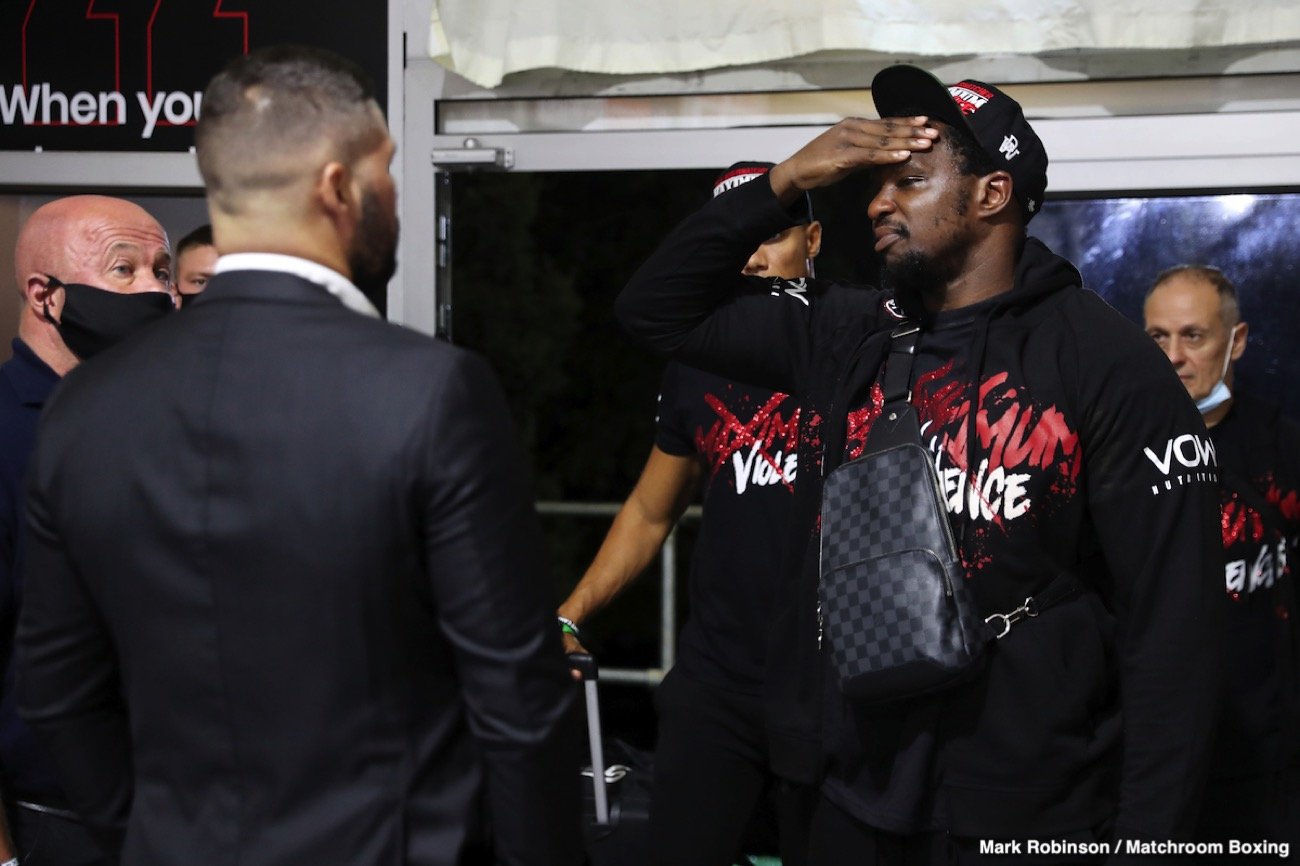 Hearn has already said what he plans on trying to do to rebuild Whyte if he loses to Povetkin. He says he wants to match him against unbeaten Daniel Dubois in 2021, and he believes that’ a fight that will bring Whyte back immediately.

However, if Whyte loses that fight too, then it’s really game over for him. That’s the problem with gambling. When it doesn’t work, you end up empty-handed.

In the previous round, Whyte had knocked Povetkin down twice in the 4th, and he had him where he wanted him. That’s one of the reasons why Dillian wasn’t engaged mentally the way he needed to be in the 5th, and he paid for it.

“To lose twice in that fashion, nobody will give him that type of opportunity,” said Hunter of Whyte.

“If he beats Povetkin, even if he edges it, he’s done enough to secure himself and heal the situation.”

There’s no question that Whyte will regain his WBC mandatory status if he wins his rematch with Povetkin. What we don’t know is if Whyte will be able to challenge Fury in the first part of next year.

That’s what Whyte and Hearn are after, and that’s the reason why they’re forcing the rematch with Povetkin so soon in November. They still think they can get the Fury fight in February or March next year.