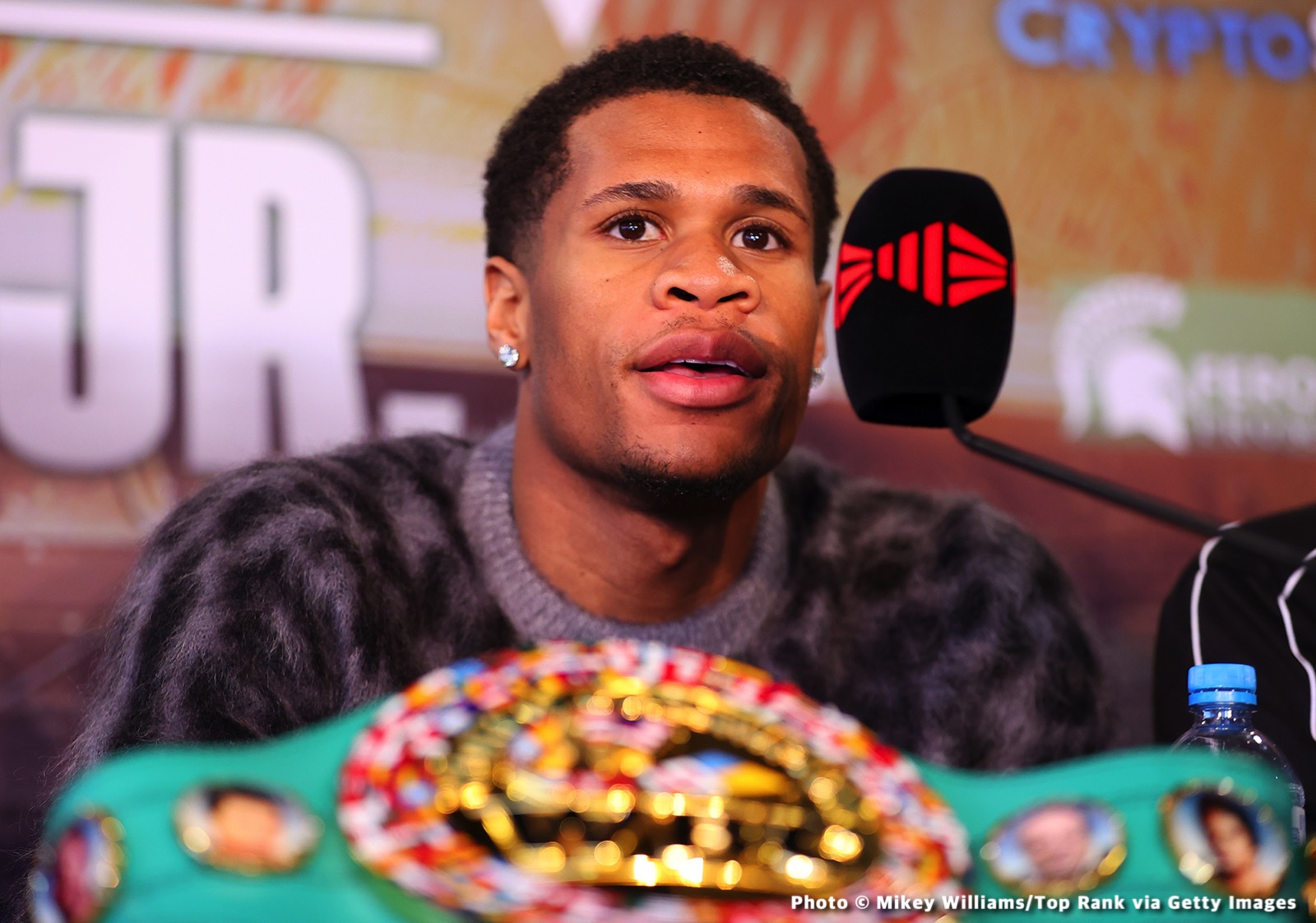 Devin Haney and Gervonta ‘Tank’ Davis and Devin Haney exchanged words on social media today. Initially, Tank Davis agreed with a poster that Haney’s swag was starting to be more like him. Tank then said that Haney is trying to be like him.

Undisputed lightweight champion Haney (28-0, 15 KOs) then made it clear that he wanted to fight Tank (27-0, 25 KOs), but it’s unclear whether he’ll take him up on that offer.

Tank needs to make a big upgrade in the level of the opposition that he faces because he’s been fighting too many flawed opponents in recent years. Haney would be a huge upgrade to the guys that the 27-year-old Tank has been fighting.

Tank’s promoters at Mayweather Promotions are the ones that select his opponents, and it’s believed that they want to keep him fighting in-house fights with guys from PBC.

That wouldn’t be a bad thing if there were more interesting opponents like Haney and Ryan Garcia for him to fight.

The unbeaten WBA ‘regular’ 135-lb champion Gervonta revealed on Instagram today that he’s fighting in December, but he gave no hint about who the opponent will be.

We know that Ryan Garcia has been pushing hard for the fight against Tank in December, but his promoter Oscar De La Hoya has complained of not having any luck starting the negotiation process.

If Tank wanted to make big waves in December, he’d faced Haney for the chance to become the undisputed champion in the 135-lb division. There’s nothing wrong with the 23-year-old Ryan Garcia, but he’s currently belt-less at the moment and has turned down chances to fight Haney for his titles.

Gervonta Davis: “He [Haney[ wants to be me so bad.”

Devin Haney: “I don’t want to be you. I want to beat you. They say everything but ‘Let’s fight,‘” said Devin Haney on social media to Tank Davis.

This is the ideal time for Tank to fight Haney before he vacates his four 135-lb titles and moves up to the 140-lb division. Haney’s days at 135 are clearly numbered, and it could complicate things if he moves up to light welterweight.

Although Tank has fought at 140 and captured a world title in that weight class, his promoter Floyd Mayweather Jr. was cool to the idea of him returning to that weight class to fight Ryan Garcia. 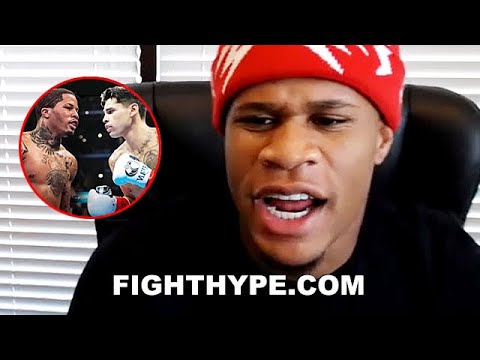