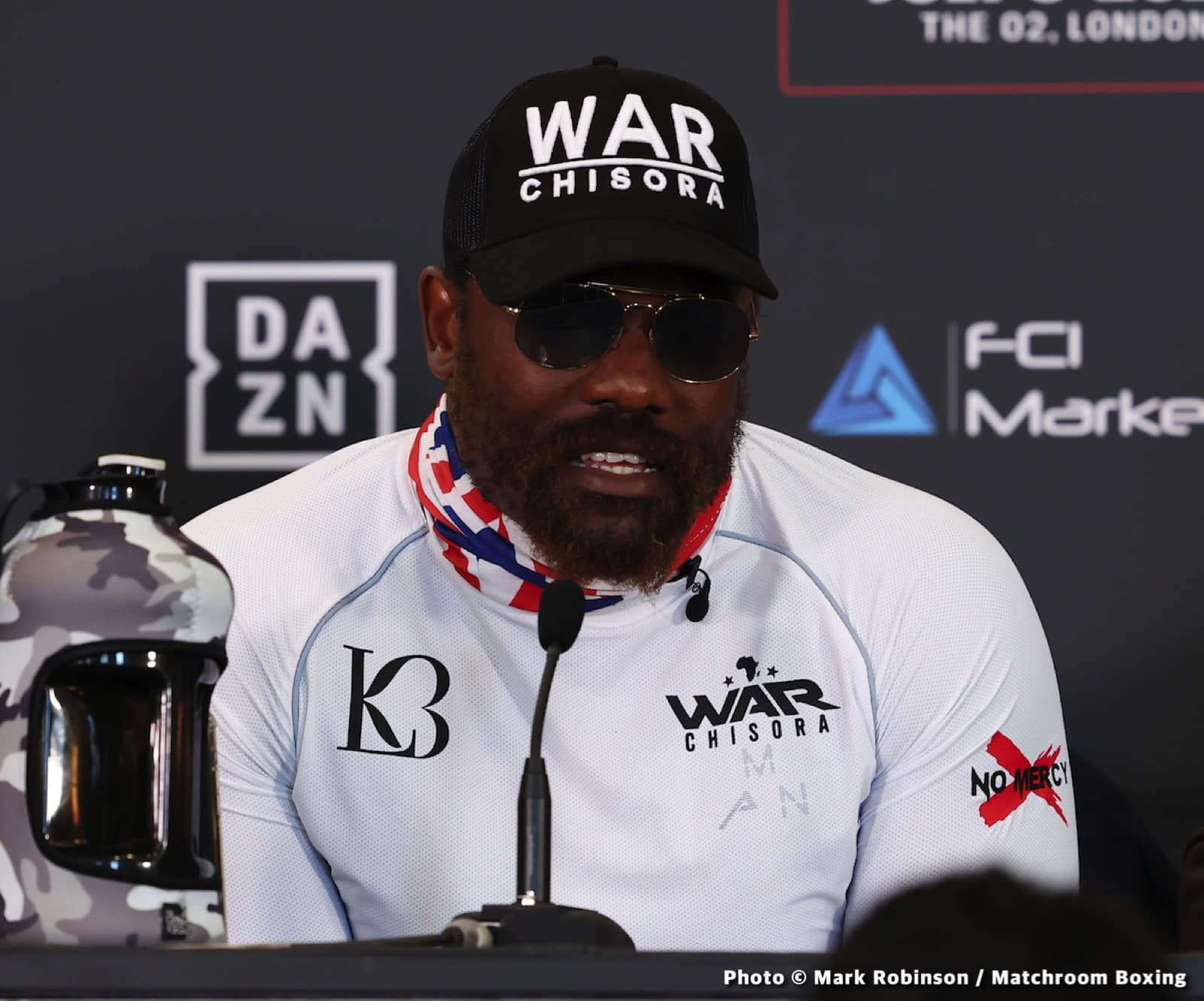 Fans may have read how former UFC heavyweight champion Francis Ngannou has cut ties with Dana White, the MMA star declining the big-money offer that was slid his way. Now, all manner of people are wondering if the 36 year old star will go ahead with his long since planned venture into the boxing ring. A free agent now, Ngannou has already been made an offer to fight in bare knuckle boxing, while yesterday evening, Derek Chisora issued Ngannou with a call out.

Chisora – who so many of us have wanted to see call it a career for some time, the desire only stronger as a result of the one-sided hammering the now 39 year old took last time out, this in his trilogy fight with Tyson Fury – took to social media to offer Ngannou not one but two fights.

“I’m trying to fight Ngannou,” Chisora said on Instagram Live. “I want to do it in the UFC and boxing.”

Again, we will have to see which way Ngannou goes now that he is no longer with the UFC, and it could be that boxing is all that he is currently interested in. But a fight with Chisora would perhaps make some sort of sense, with Ngannou needing to test the waters in boxing before going in with a big name; Ngannou as we know challenging the likes of Tyson Fury.

But there is more to this story. Upon hearing about Chisora’s offer to fight Ngannou in UFC, two-time Chisora conqueror Dillian Whyte has called out his old foe, for an MMA fight.

“I will fight you in MMA, Del,” Whyte wrote.

It’s crazy to think Whyte and Chisora could ever fight in MMA, let alone against each other (although Whyte has both a kickboxing and MMA background, having had 21 fights in the former discipline, one in the latter). But as we know, anything can happen these days.

Who knows how serious either man really is, if this story has any legs whatsoever. Still, if we’re honest, we would watch Chisora welcome Ngannou to the boxing ring. As we would tune in if Whyte and Chisora fought an MMA bout. Crazy sells, doesn’t it!