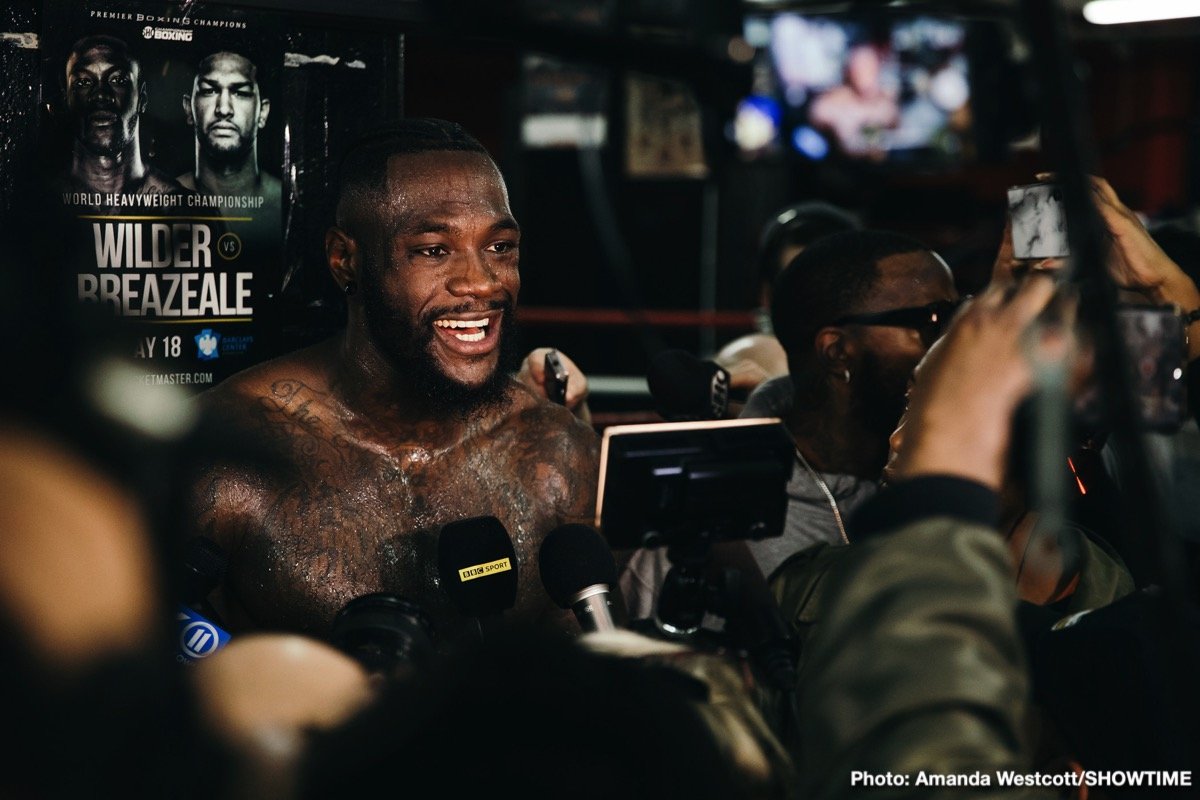 WBC heavyweight champ Deontay Wilder feels we only saw the absolute best Tyson Fury when he faced himself back in December in their thriller of a draw. That said, Wilder stated how Fury’s win over Tom Schwarz on Saturday night in Las Vegas was “cool,” and that Fury did what he had to do. In terms of praise, that’s about it; Wilder adding how Schwarz was a “punching bag” and that Fury needs to take on tougher tests.

Which of course leads us to next year and, hopefully, Wilder-Fury II. Promoter Bob Arum has been moved to suggest the projected return fight could top the massive PPV numbers the record-breaking Floyd Mayweather-Manny Pacquiao pulled in back in 2015. It might not be that big, in fact it would do well to achieve half those numbers (4.6 million), but Fury-Wilder II will be big all the same.

And both rival champions appear to want it.

“It was a cool performance. It wasn’t much of an opponent. I think [Schwarz] only threw four punches,” Wilder told ‘The Athletic’ yesterday. “He was a punching bag. Fury did what he was supposed to do. They’re trying to promote him up, saying things, selling this story about him over and over again, talking about him as the lineal champion…..It’s building him up. But the performance was just okay. He was a better Fury against me, in A-plus, tip-top shape. That was the best Fury you’ll ever see in his career. We know Fury can box, especially against a punching bag like Schwarz. We want to see him do the same thing in tougher fights.”

And a return with Wilder will certainly be a tougher fight. Can Fury box, move, feint and frustrate his way to a win this time, or will Wilder manage to get the big KO he was overly eager to score on December 1? Both men will have another fight first – Wilder against Luis Ortiz in another rematch, Fury against TBA – but then it should be the big one.