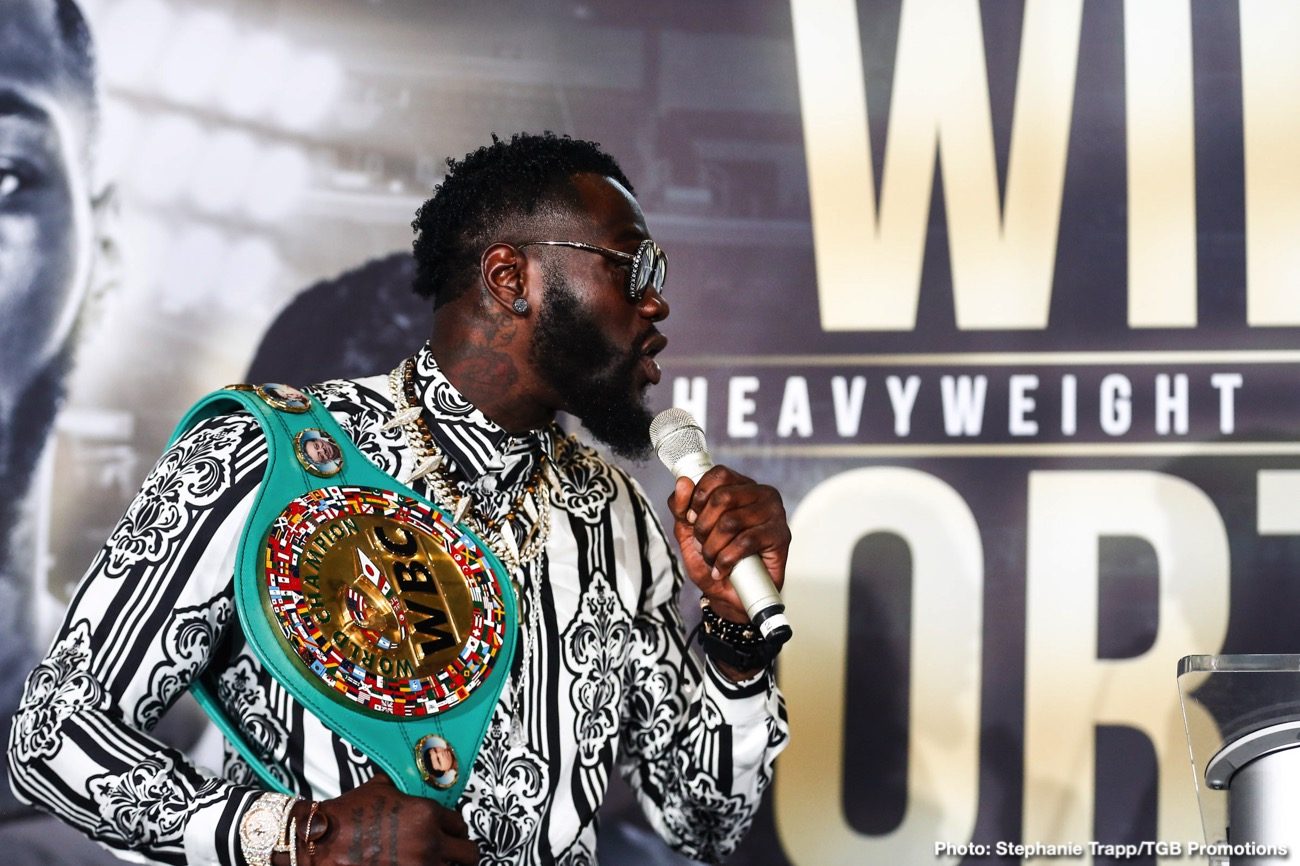 WBC heavyweight champ Deontay Wilder has it all figured out. He thinks. Speaking again with Sky Sports, the unbeaten power-puncher repeated his desire to become undisputed heavyweight ruler: “one champion, one face, one name,” as he puts it. And to get there, Wilder says, he will first fight Luis Ortiz in a rematch, then Tyson Fury in another rematch, and then fight a unification with the Andy Ruiz-Anthony Joshua winner (who Wilder feels will be Ruiz; thus making the unification fight a relatively easy one to make, on paper at least).

Wilder says no other current heavyweight has taken the path he has taken; that he has proven his ability and his willingness to fight the best, the most dangerous opposition out there.

“Look at the route I’m taking. What more do I have to prove? Who else has taken the route that I am taking?” Wilder said. “I didn’t have to fight him (Ortiz) again. I’m not obliged to fight him. I’m the champion – I do what I want to do. I have bet on myself. I move how I want to move. I run my operation. It will go Ortiz, then Fury, then a unification – one champion, one face, one name. How amazing would that be? Back to back to back, obtaining glory.”

If Wilder can defeat Ortiz again, then get past Fury in a rematch of their drawn battle, and then fight and defeat the Ruiz/Joshua II winner, Wilder will indeed be the number-one big man on the planet. But can he do it? Will all three fights take place the way Wilder wants them to? Fury is currently running around enjoying himself in the world of wrestling and we must hope the proud claimant of the lineal crown will get back to serious training when he can (when that nasty cut opened by Otto Wallin has fully healed) and fight the Wilder rematch as scheduled in February.

And who knows what the Ruiz-Joshua winner will do next, especially if it’s AJ who wins on December 7. Wilder feels he is the best heavyweight in the world, and the most capable of proving it by winning all the major belts. But will Wilder get his chance?