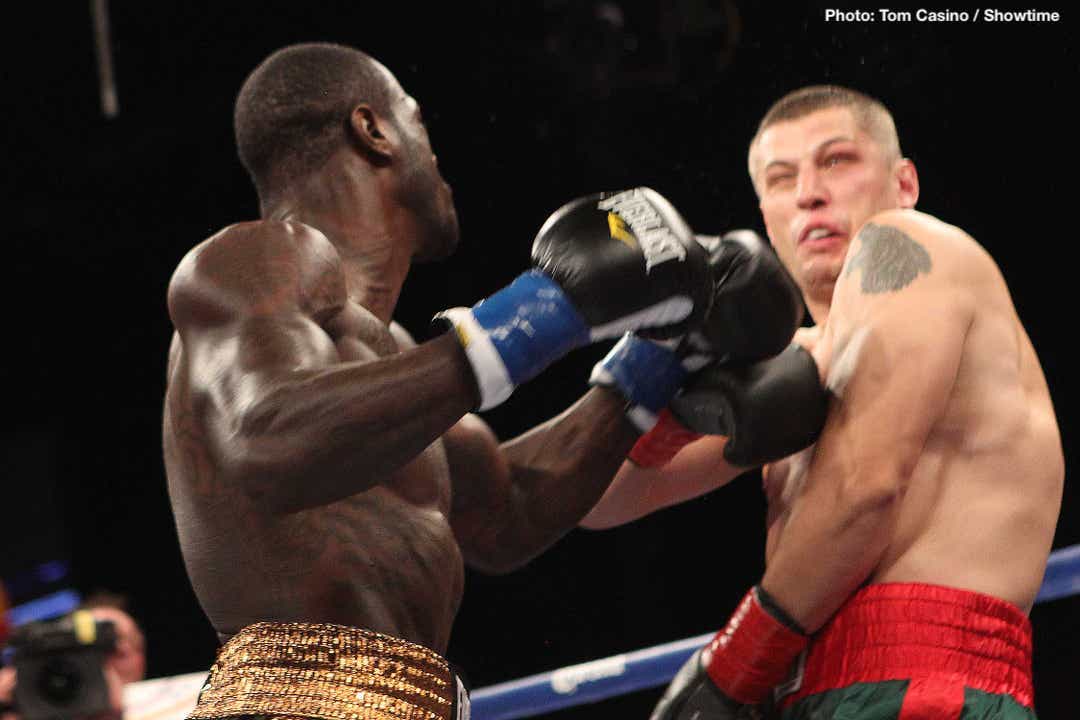 Can former WBC heavyweight champion Deontay Wilder get back to scoring the kind of scary and chilling KO he delivered on this day back in 2013? It was seven years ago today when a 28-0 (28) Wilder faced former WBO heavyweight champ Siarhei Liakhovich in what some felt might prove to be a somewhat testing fight for the 27-year-old “Bronze Bomber.”

Instead, Wilder produced one of his most memorable knockouts. Two right hands crashed into Liakhovich’s temple and down he went. Laid out on the canvas, his arms and legs twitching in disturbing fashion, Liakhovich was bady hurt. “Stay down!” said referee Tom Taylor. It was X-rated stuff. The critics remained, pointing out how Liakhovich was past his best, yet the withering power of Wilder was again proven to be undeniable.

Here we are, all these years and 12 WBC title fights later, and a whole lot has changed. Is Wilder all but finished as a KO demon due to the complete and utter hammering he was forced to take in his last fight, the February return with Tyson Fury? Or can Wilder shock us all and, when the third fight finally takes place, ice Fury the way he came close to doing in the 12th and final round of the first Fury fight?

Will Wilder, 42-1-1(41) ever have the complete and total faith in his punching power he once had? Or is it simply impossible for Wilder to ever be the same force again? Even now, Fury says that Wilder can KO anyone in the division aside from himself, and maybe he can. But will he get the chance? If Wilder is badly beaten in the third Fury fight, it figures he will be damaged goods mentally (if he isn’t already).

Fury proved what plenty of critics suspected all along: raw power alone is not enough for Wilder to defeat the elite fighters. Stand in front of him, and yeah, Wilder will take out his accommodating target. But box and move and be aggressive in return, like Fury was, and Wilder is left wanting. Or maybe it is only Fury who can beat Wilder. It seems a long time ago since that February fight, and we fans must wait to get our answer regarding Wilder’s future. If he has one as a two-time world champion.