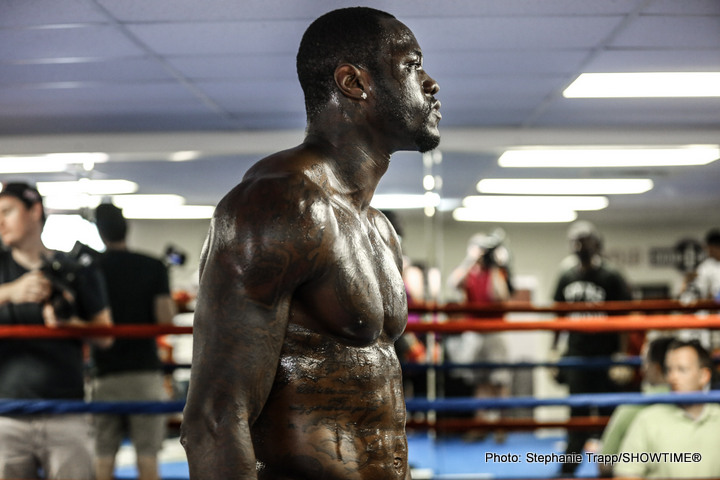 Also in attendance Wednesday were, undefeated world-ranked contenders Ivan “El Terrible” Redkach and Dejan “El Dinamita” Zlaticanin, who will square off in a 12-round eliminator earlier that night in the main event of SHOWTIME BOXING on SHO EXTREME® (7 p.m. ET/PT, delayed on the West Coast).

Joseph Parker Vs. Junior Fa This Saturday - Parker Says He Wants To Get Fa "Early"

“This week has been fun. It’s been exciting. Even to see the people and faces. I’m looking forward to Saturday. It’s always the hard part when you have to wait. Especially when you’ve been training hard and it’s real intense. Everything has been great so far, and I’m glad it’s finally here. I’m looking forward to making history being that this is the first title fight in the state of Alabama. And I’m gonna put my name on it first.

“Training camp has been just like any other camp. When I’m at camp, I’m always giving my all, 110 percent. Because when it’s time to go battle, I gotta give 110 percent. I have to perform better than I did the last time. But this is what I do. I love it and enjoy every moment it.

“Molina’s height is something to watch out for. Everybody likes two tall guys in the ring. I’m definitely going to find out if his bark is as big as his bite. Right now his bark is loud. But we’ll see if his bite is as loud as his bark.

“I don’t watch video or study my opponents because the way you may see them fight someone else is not the same way that they’re going to fight you. I let my people do that and break them down. I trust in believe in them, and I like the challenge as well. That’s another reason I don’t look at film. We’ll find out what he’s about on Saturday.”

“Deontay is a very strong fighter, a big puncher and a big presence. But just as many strengths as he has, he also has weaknesses. We’re just trying to key in on those weaknesses.

“I know this is a big fight for Alabama. I respect that and it’s an honor, but I’m also trying to make history. I plan on being the first Mexican-American Heavyweight World Champion.

“My mental focus is on the heavyweight world title. When you expect to fight for the world title, you have to come into someone’s backyard and do what you have to put up with pressure. I can handle pressure.

“This is two big guys in the ring, and I can punch just like he can punch. It’s going to be a very exciting fight.” 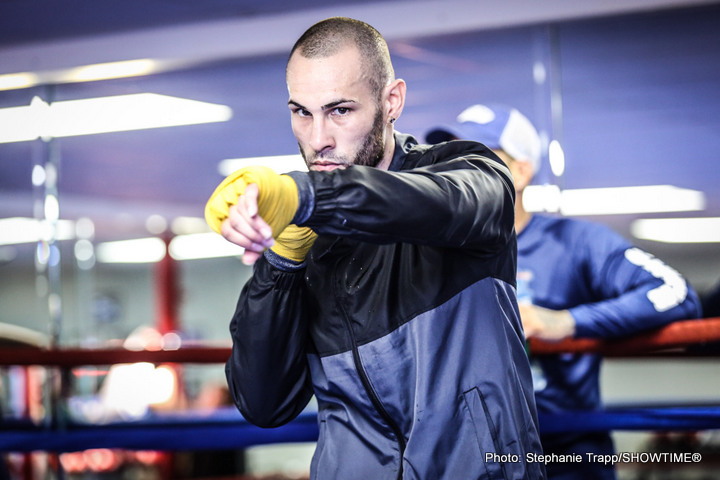 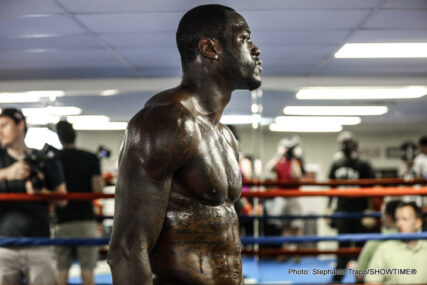 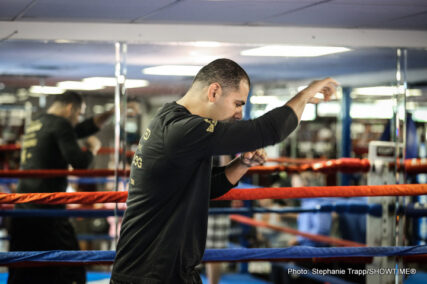 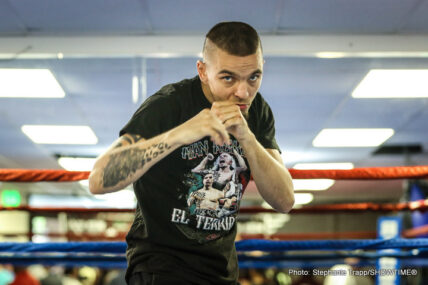 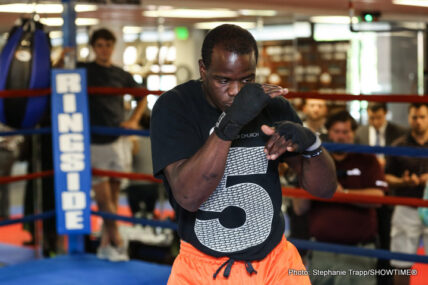 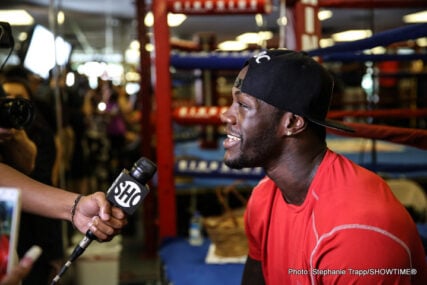 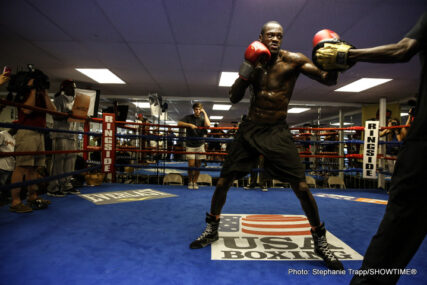 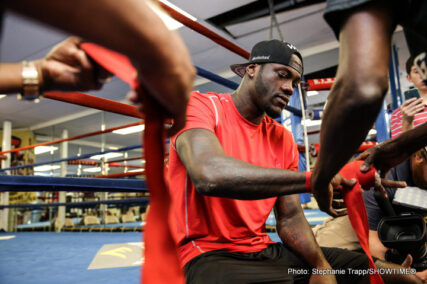 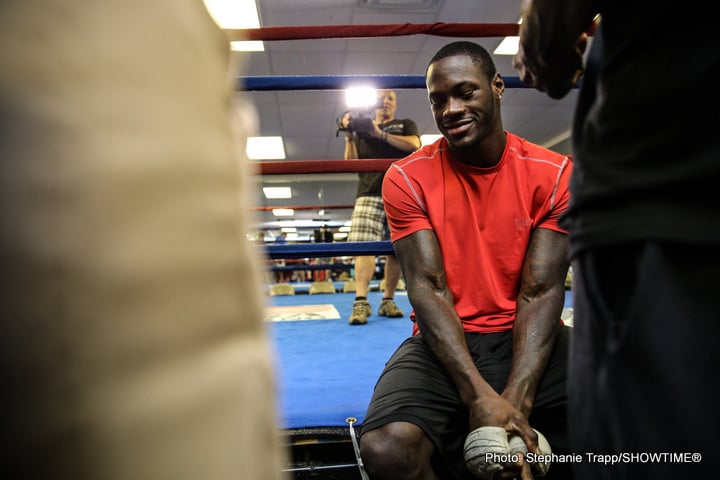 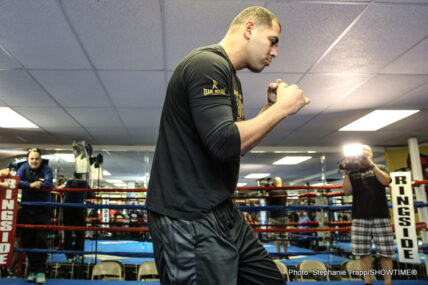 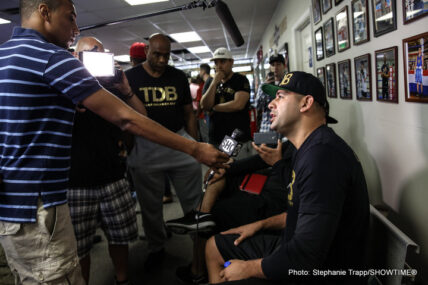 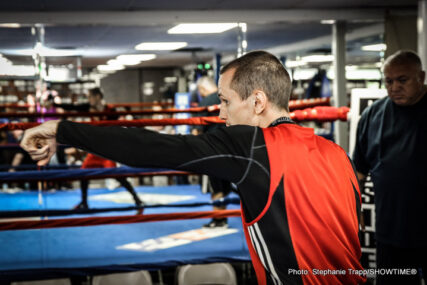 “This was a long, hard training camp. We began training for this shot in December. We have worked extremely hard and are ready to show the world on Saturday night.

“We have seen video of Klimov and know what to expect on Saturday night. We will take it round by round and break him down.

“We can box, or we can bang. Whatever Klimov brings to the table we will be ready for. I plan on using my boxing technique to control the pace, but if he wants to stand there toe-to-toe, we are fine with that as well.

“It is important for me to look better than Crawford did in his victory over Klimov. I want to show the world that I am one of the best fighters in the entire sport.”

Regarding the comparisons to fellow Puerto Rican Star Felix Verdejo – “Verdejo is a good fighter and a good guy, but Jose Pedraza will be the next world champion to represent the great country of Puerto Rico.”

“This was a great camp. We worked very hard, and trained with a lot of different champions. I came out 100 percent mentally and physically ready to go.

“I feel that the fight with Crawford actually worked to my advantage more than my disadvantage. I learned a lot in that fight and I will use that on Saturday night against Pedraza. What Pedraza brings to the table on Saturday night I will be ready for it. There will be no surprises on Saturday night, I am ready.

“I am very confident going into this fight. Pedraza is a tough opponent but I don’t think he is ready for what I am going to bring.

“It is an honor to be here and fighting at this level. On Saturday night you will see a spectacular performance.”

“This was the hardest training camp I have ever had. I have been training four hard months for this fight and I am in the best shape of my career.

“Dejan is a very tough opponent. He comes forward and is very aggressive, but he is not as good as me. The world will see that come Saturday night. There is no doubt in my mind that I will be victorious.

“This fight brings me one step closer to a world title shot, something I have been dreaming about my entire life, and there is no way he is going to stop me from achieving that. The fans are not going to want to miss this fight on Saturday night, because it’s going to be a war.”

“We had great sparring for this camp and it has helped us become the absolute best possible fighter we can be going into Saturday night.

“I have no doubt and no fear. I am the better, more superior fighter.

“This fight will not go to the final bell. I am going to knock Ivan Redkach out. There is no doubt in my mind.

“It is very important for me to bring this victory back to Montenegro to all my fans and countrymen who are cheering me on.”

“WILDER vs. MOLINA,” a 12-round fight for Wilder’s WBC Heavyweight Championship, takes place Saturday, June 13, at The Bartow Arena in Birmingham, Ala. DiBella Entertainment and Bruno Event Team have joined forces to bring this event to Alabama. In the co-main event co-promoted by DiBella in association with Universal Promotions, Jose Pedraza will face Andrey Klimov in a 12-round bout for the IBF Junior Lightweight World Title. It will air live on SHOWTIME® (9 p.m. ET/ 6 p.m. PT). The telecast will also be available in Spanish via secondary audio programming (SAP). Preliminary bouts will be televised live on SHOWTIME EXTREME (7 p.m. ET/PT, delayed on the West Coast).