Demetrius Andrade took to social media to tell Jermall Charlo he’s got a debit card that he can use to spot him a little cash if times are hard for right now.

The unbeaten WBO 160-lb champion Andrade (30-0, 18 KOs) says Charlo might want to ask promoter Eddie Hearn if he can still give him the $7 million he offered to face Demetrius in a unification fight.

This was a bad week for WBC middleweight champion Charlo (32-0, 22 KOs), who was arrested on Wednesday on three counts of second degree robbery due to an incident at a bar last month on July 16th in San Antonio.

According to Dan Rafael, if Jermall is convicted of the charges against him, he could get between “two and 20 years in prison.”

Charlo didn’t look good at all in his last fight, struggling to beat little-known Juan Macias Montiel by a 12 round unanimous decision on June 19th in Houston. Montiel wore Charlo down with body shots and had him looking hurt several times in the second half of the contest.

Wats good @FutureOfBoxing You need me to ask Eddie if he can still get you that 7 million to fight me? If times are that tough I got a debit card, can get you a little cash to help a brother out lmao. #Lawsuit @DennysDiner

It’s unclear whether Jermall got $7 million for his last two fights against Montiel and Sergiy Derevyanchenko. If not, he needs to take Hearn up on this offer to face Demetrius in a unification fight unless he’s not confident that he can win.

Assuming Charlo isn’t confident he can win, turning down the $7 million was the right move for him.

The way Charlo looked against Montiel, he needs to take the money while he can because he’s not going to stay champion for too much longer fighting like that.

Andrade would likely be the favorite against Charlo if the two of them fought right now at this point. 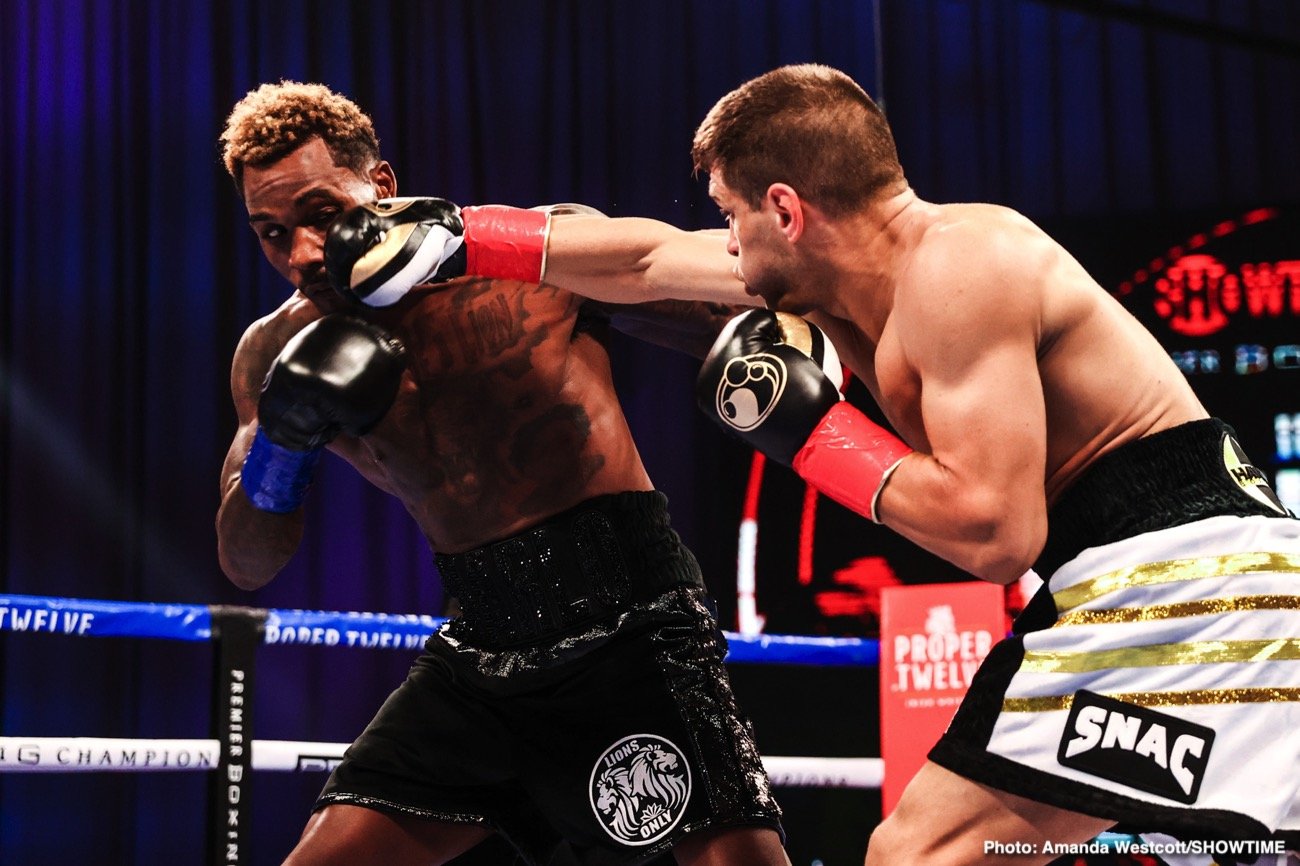 In Andrade’s last fight, he defeated WBO mandatory Liam Williams by a 12 round unanimous decision last April. It wasn’t a great match-up, but Andrade is having a hard time getting the top guys to fight him.

After Canelo’s recent fight, Andrade showed up at his post-fight press conference to call him out, and he was rudely told to get lost by the Mexican star. Canelo would rather fight guys like Avni Yildirim than taking on Andrade, which tells you a lot about how avoided Demetrius is.

28 thoughts on “Demetrius Andrade tells Jermall Charlo: I got a debit card to get you some cash”