t’s a fight all fight fans want to see, and it’s a fight both fighters – Ryan Garcia and Tank Davis – want. In fact, according to his promoter Oscar De La Hoya, the Tank fight is “the only fight Ryan Garcia wants.” But we fans know a lot of stuff would have to be done, would have to be overcome, in order for this simply mouth-watering fight to get made. Can rival promoters De La Hoya and Floyd Mayweather, who looks after Tank, really work together? How about the fact that both fighters box on different TV networks? Will both fighters be able to agree on a weight?

But Oscar, in speaking with FightHub, says talks have begun in an effort at making the fight, and that this is “a great start.” 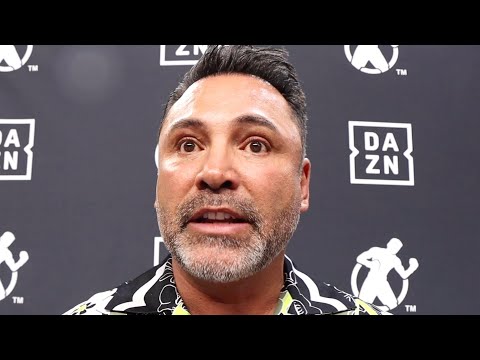 “Everybody is eager about that fight,” De La Hoya said of Davis-Garcia. “That is the only fight Ryan wants. That’s the only fight Tank wants. Look, we’re talking. We’re talking, so yeah, it’s a great start. To get to talk to the other side is a great start. We want the fight. That’s the bottom line. So as negotiations continue, maybe we’ll release something, but in the meantime, we’re keeping everything hushed because we want to surprise everybody with this super-fight that is happening later on this year.”

It seems Oscar wants this one bad. And to repeat, we fans want it too. Difficult to make match-ups have come off in the past, as we know, and there is a chance this fight will be made also. Maybe there is nothing much more than a small chance, but Oscar is being optimistic so maybe we should follow suit.

Garcia, 23-0(19) has crazy hand speed, and “KingRy” believes he is the best young fighter in the sport right now. Davis, 27-0(25) has crazy punching power, and Tank believes HE is the best fighter in the sport today. If these two did meet, it would perhaps make older fans recall the specialness of the magnificent Sugar Ray Leonard-Thomas Hearns fight of 1981. High praise indeed, but maybe this would-be match-up is worthy of it. Maybe.