Right now, it’s unlikely that Canelo will choose to face either of those two fighters because he’s probably not going to want to slow his career down to fight contenders like Munguia and Zurdo.

Canelo (57-1-2, 39 KOs) is focused on fighting world champions, and he’s not going to be able to do that, helping out his old promoter De La Hoya of Golden Boy Promotions.

The 25-year-old Munguia will have his World Boxing Organisation Inter-Continental middleweight title on the line for this fight.

“In the near future,” said De La Hoya when asked when Munguia and Zurdo would fight Canelo. “Both will be all-out Mexican wars.” 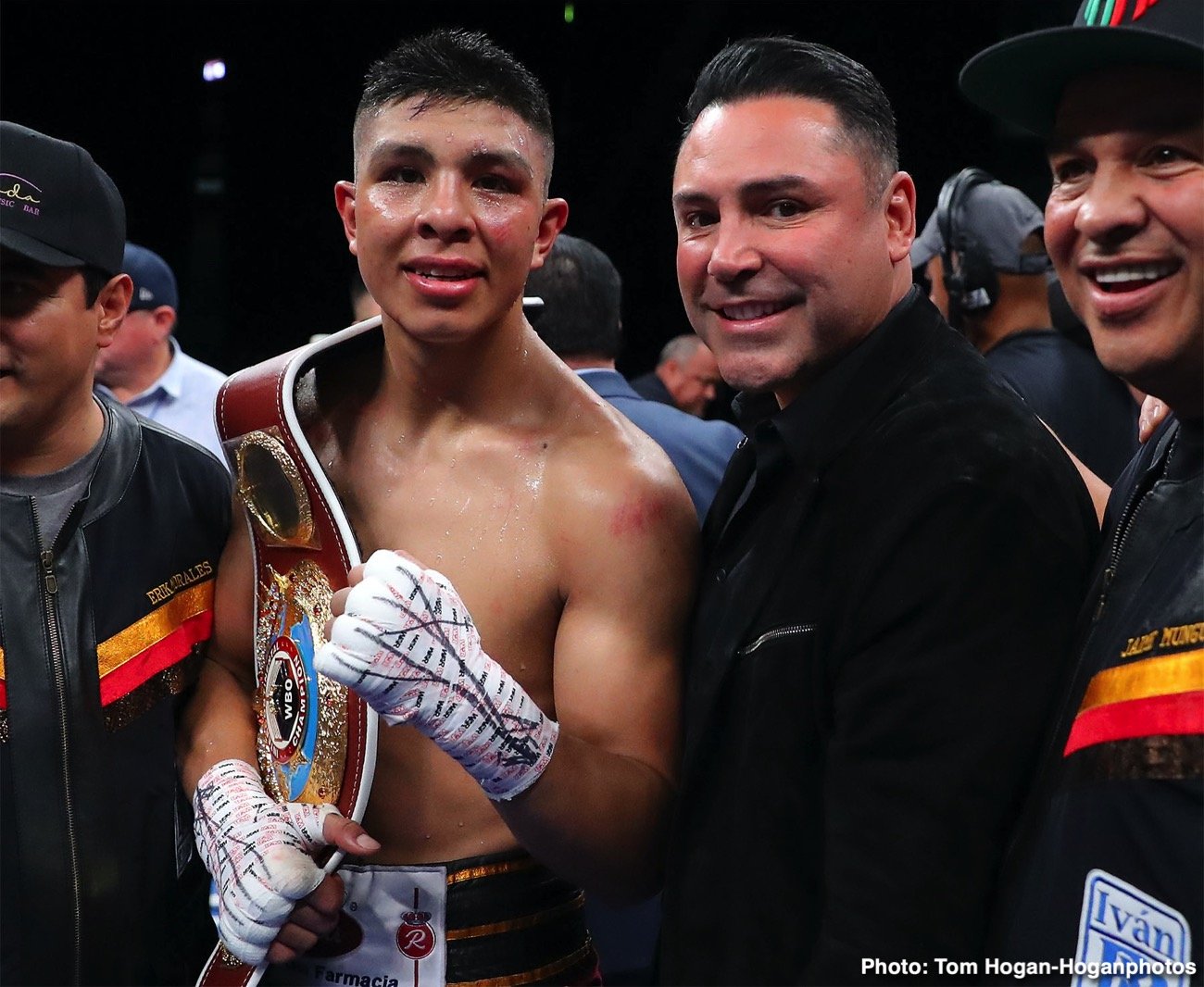 It could take many years before Canelo looks in the direction of Munguia and Gilberto Ramirez, considering neither of them fights in his weight class.

Munguia had looked just as vulnerable at 160 as he did when he was competing at 154 and holding down the WBO title from 2018 to 2019. Although Munguia has good pop in his punches, he’s still very easy to hit and vulnerable.

You can argue the only reason Munguia hasn’t been beaten already many times is thanks to the careful match-making Golden Boy has done for him.

That’s a fight that will likely go badly for Munguia because GGG can still really punch, and he’s so much better than him.

At this point, Golovkin might need to be REALLY old for Munguia to beat him, and I don’t see that happening soon.

Former WBO super middleweight champion Gilberto Ramirez (42-0, 28 KOs) has a better chance of fighting Canelo one day than Munguia because he could eventually win a world title at 175.

“I believe that fight will happen soon,” said De La Hoya about Ramirez taking on Bivol.