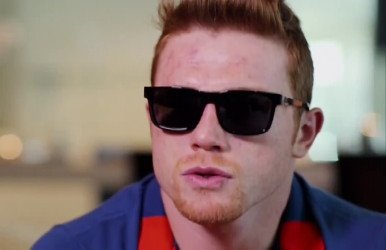 While it’s looking like the May 2nd fight between WBC middleweight champion Miguel Cotto and Saul “Canelo” Alvarez might not get made, Canelo’s promoter Oscar De La Hoya of Golden Boy Promotions is still very eager with hope that the fight can still get made. De La Hoya believes the Cotto-Canelo fight is the second biggest fight that can be made behind only the Floyd Mayweather Jr vs. Manny Pacquiao fight.

De La Hoya believes that a fight between Canelo and Cotto will attract a lot of women. It’s unclear just how many women it would attract and why. Presumably, De La Hoya feels that the Cotto-Canelo fight would attract a lot of women because of the 24-year-old Canelo. However, if the women that the fight attracts don’t live in the United States then it really won’t matter that it’s attracting women, because the idea is for the fight to bring in a ton of pay-per-view buys on HBO.

“If the fight gets made, it’s second to Pacquiao-Mayweather,” De La Hoya said. “It’s the best fight that fans can watch. It can attract the casual fans. It can also attract women.”

It wouldn’t be surprising to me if De La Hoya is overestimating the casual fan interest in the Cotto-Canelo fight. De La Hoya is seeing the fight through the eyes of a promoter and a hardcore fan. He’s not seeing it through the eyes of a casual boxing fan who has never heard of Cotto or Canelo, and who has a lot of other things of interest to watch on cable television.

De La Hoya is probably thinking that a fight between Canelo and Cotto will bring in close to 2 million pay-per-view buys. I just don’t see that happening. I see 1 million buys being the most a fight like this could bring in, because Canelo still hasn’t made a name for himself yet as an A-side fighter in the United States. When he step it up against Mayweather, he lost badly.

The casual boxing fans who saw that fight likely will remember the red-haired Canelo as the guy that Mayweather clowned, and they might not be too thrilled at the thought of paying to see him fight again. Additionally, Canelo looked terrible against Erislandy Lara and Austin Trout in his other important fights of his career. Canelo did not prove that he was better than those guys. He beat them, but he fought well enough to lose both fights.