David Haye wants Tyson Fury to keep his promise of fighting Derek Chisora in a toe-to-toe battle because otherwise, Saturday’s trilogy match will be as “boring’ as their first two fights in 2011 & 2014.

For tonight’s trilogy fight to be competitive, WBC heavyweight champion Fury (32-0-1, 23 KOs) will need to give the 38-year-old Chisora a sizable handicap because age has not been kind to Delboy.

Chisora has become incredibly slow in the last five years, losing what little hand & foot speed he once had.

In both fights, the 6’9” Fury utilized his long reach and mobility to keep Chisora from getting near enough to land his bombs.

Although Fury did get hit a fair amount of times in both fights, the contests were quite dull compared to Chisora’s wars with Vitali Klitschko, Kubrat Pulev, Carlos Takam, and Dillian Whyte.

Fury is cramming this third fight down the throats of his fans, who were hoping he’d upgrade his opposition by taking on Anthony Joshua, Oleksandr Usyk, or Joe Joyce instead of another weak opposition. Chisora is out of the Dillian Whyte mold and so poor that words can’t describe it.

“Hopefully, they engage in something a little more entertaining. The first two fights were pretty boring fights. Go back and watch them or try to watch them. It was just Tyson Fury using his superior arm-length, skills to outbox Chisora, who didn’t know how to close the range. It was quite boring, ” said David Haye to the Behind The Gloves.

“I thought it was stupid to go at Deontay Wilder the second time the way he did. That was a kamikaze. He said he was going to. I said, ‘Yeah, whatever.’ He did it, and it worked.

“He’s proved in the past when he makes a mental decision and starts talking about it. I know he doesn’t always come through with everything he says, but I hope for the fans.

“I hope every time he starts boxing, the crowd starts booing until he stands there and actually has a fight. Is he a better fighter than Derek Chisora? I’m sure he thinks he is. So he can prove it to him in a boxing match by standing at close range and having a punch-up with Derek Chisora.

“BT Box Office would absolutely love this fight to be in a ring a quarter of size because there are more punches landed. It’s not entertaining watching people chase Tyson Fury around when he’s trying to stay away.

“I understand the art form of it, but he’s done it twice with Derek already. We don’t want to see it a third time. We want to see him get stuck in,” said Haye about Fury. 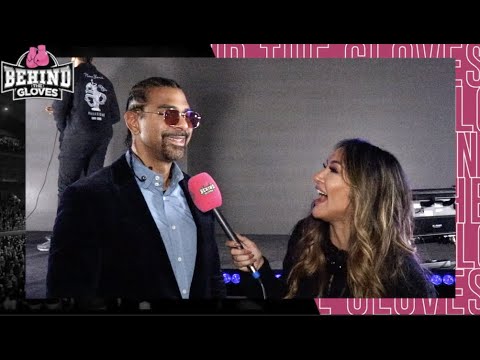