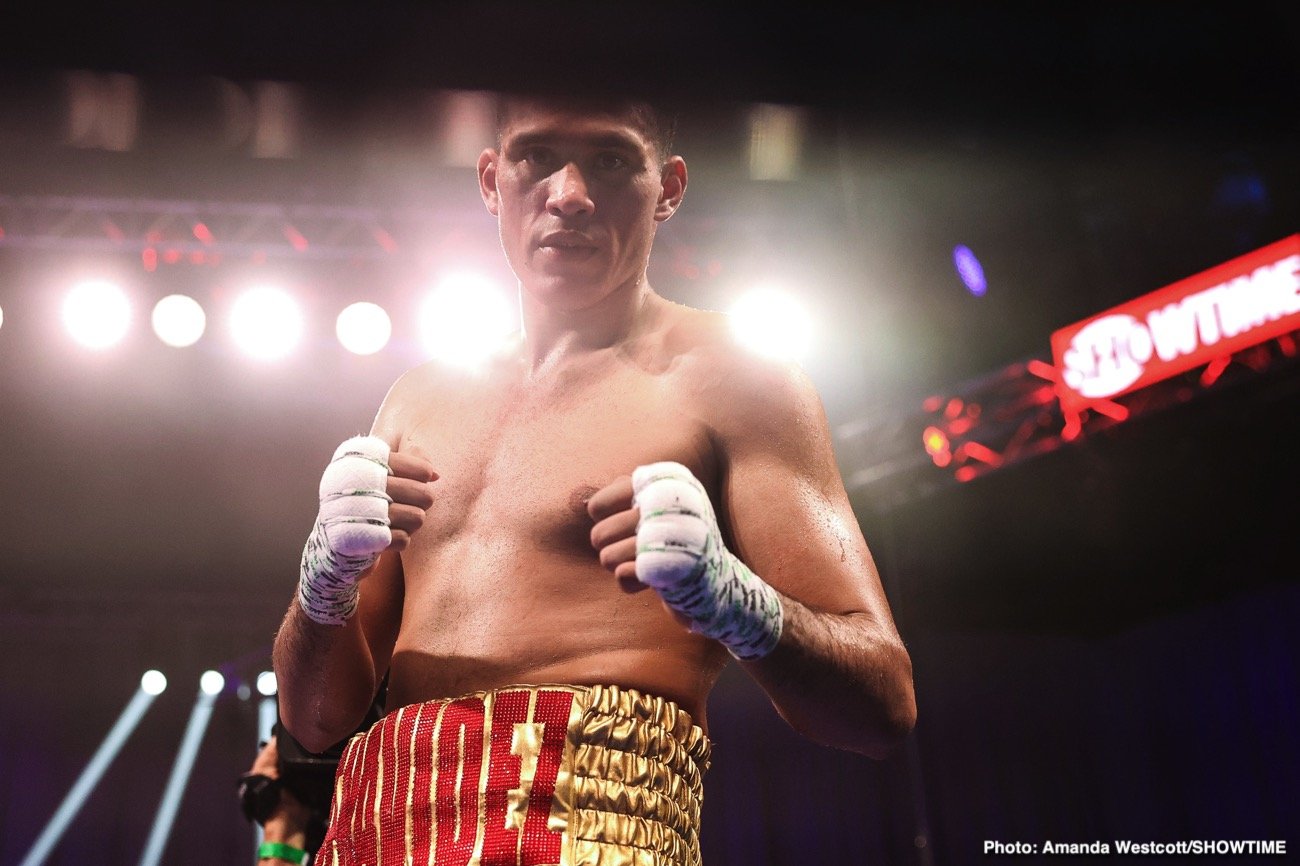 Many boxing fans on social media didn’t like what they saw from Plant, who they felt had fought a boring fight, showing little power and throwing only single pot-shots all night.

Although Floyd Mayweather made a career of fighting the way Plant did, he had blazing hand speed that made him interesting. Plant has average speed, and he gets hit when he stays in the pocket.

“Can we make this happen in 2021 or are you going to keep hiding like a little b**** @calebplant. Let’s give the fans what they want to see,” said David Benavidez on social media. 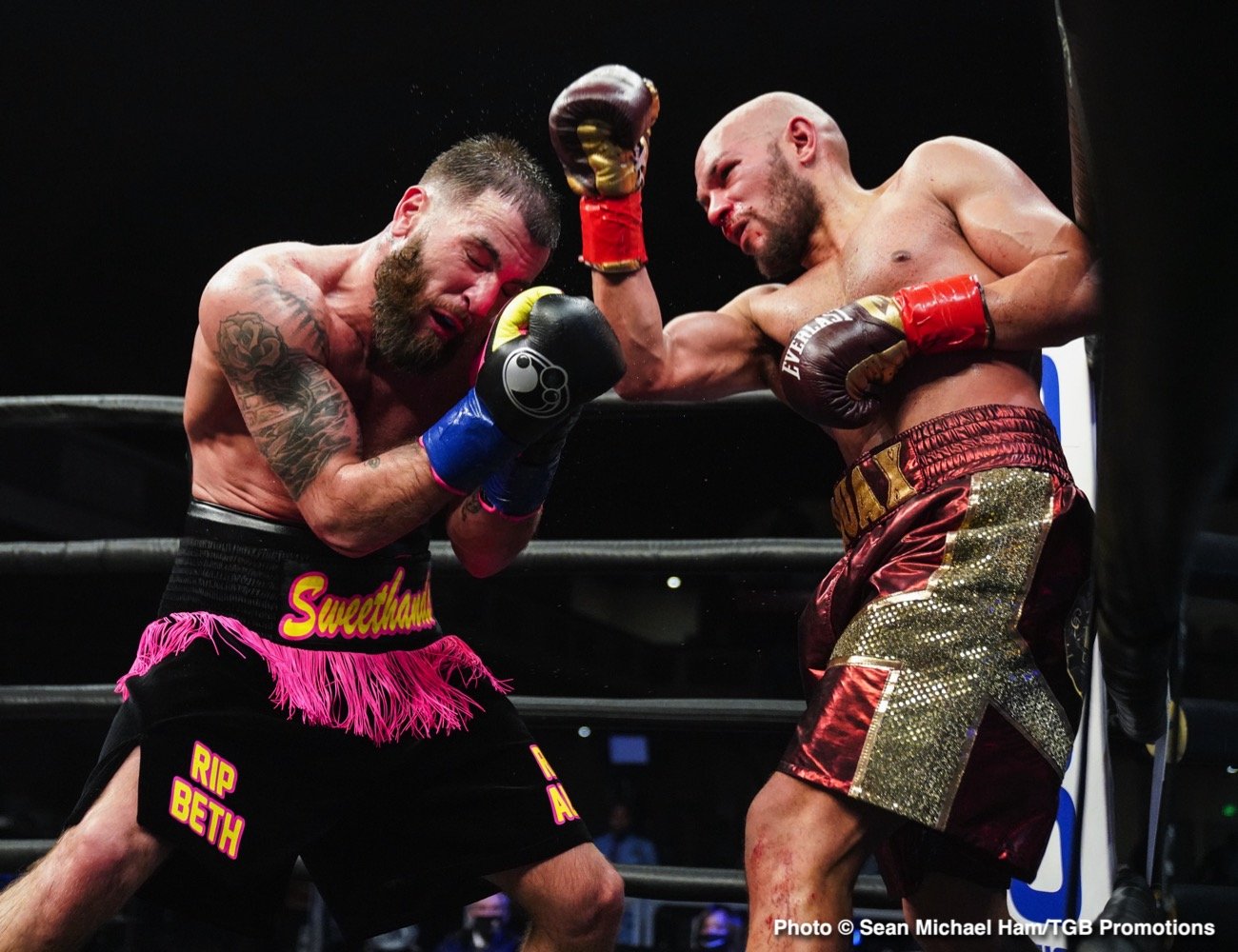 The 28-year-old Plant now has eight months to wait until Canelo Alvarez faces him in September. With that time off, there’s going to be pressure for him to take an interim fight while he waits for Alvarez.

Former WBC super middleweight champion Benavidez (23-0, 20 KOs) is hoping to get the fight with Plant next to earn the match against Canelo.

Plant has fallen into that position to fight Canelo based on being the IBF titleholder rather than having gone out and beaten someone perfect to earn the shot.

If Plant beats Benavidez, he can say that he’s earned the right to face Canelo. Unfortunately, after the fight last Saturday, Plant talked of having injured his left hand. He was non-committal when asked if he’d be interested in taking an interim match against Benavidez.

He said he would sit down and talk to his team. At one point, Plant showed his left hand to the media, saying that it was swollen. It didn’t look swollen, though. It looked normal.

“I’m not too sure. I just got out of the ring. I’ll go back and sit with my team. I got a great team,” said Plant when asked if he’d be interested in taking an interim fight while he waits for a unification match against Canelo in September.

“I feel like I put myself in a great position after 21 fights. I’ll go back and sit with them. We’ll sit down and see what’s next,” said Plant.

Saying that he put himself in a “great position after 21 fights” to get the match against Canelo seems like he’s making it clear that he’s already earned the fight with the Mexican star, and he’s not going to risk it by taking on Benavidez.

It’s a kind of a weak move on Plant’s part if he chooses to avoid Benavidez, but he obviously knows his limitation.

The way that Plant fought against Jose Uzcategui in the second half of their fight in 2019, he’s too weak in the power department to hold up against a fighter like Benavidez.

It would be like a tank going up against a small four-cylinder car. Plant is weak, not a sturdy, super middleweight, and he would have many problems against a fighter with power.

You can argue that Plant is a perfect example of how promoters can guide a flawed fighter into becoming a world champion with the right match-making and choosing the right fighter to go after to pick up a belt.

The way that Plant was quick to talk about having injured his left hand left many boxing fans with the impression that he A. was trying to deflect criticism about him not being able to stop Truax and B. to have an excuse to avoid fighting Benavidez.

Eight months is a lot of time for Caleb Plant to wait for a fight against Canelo, and it’s going to look bad on his part if he’s sitting inactive. In contrast, Canelo, a fighter two years older than him at 30, fights twice against Avni Yildirim and WBO super middleweight champion Billy Joe Saunders.

If Canelo is willing to stick his neck out and take two potentially difficult opponents, Plant should be willing to fight at least once against Benavidez or another highly ranked fight.

Plant must raise his profile to show that he’s earned the fight with Canelo. He didn’t do that with his win over 37-year-old Truax last Saturday night. Plant didn’t fight well enough, and his opponent looked shot to pieces. 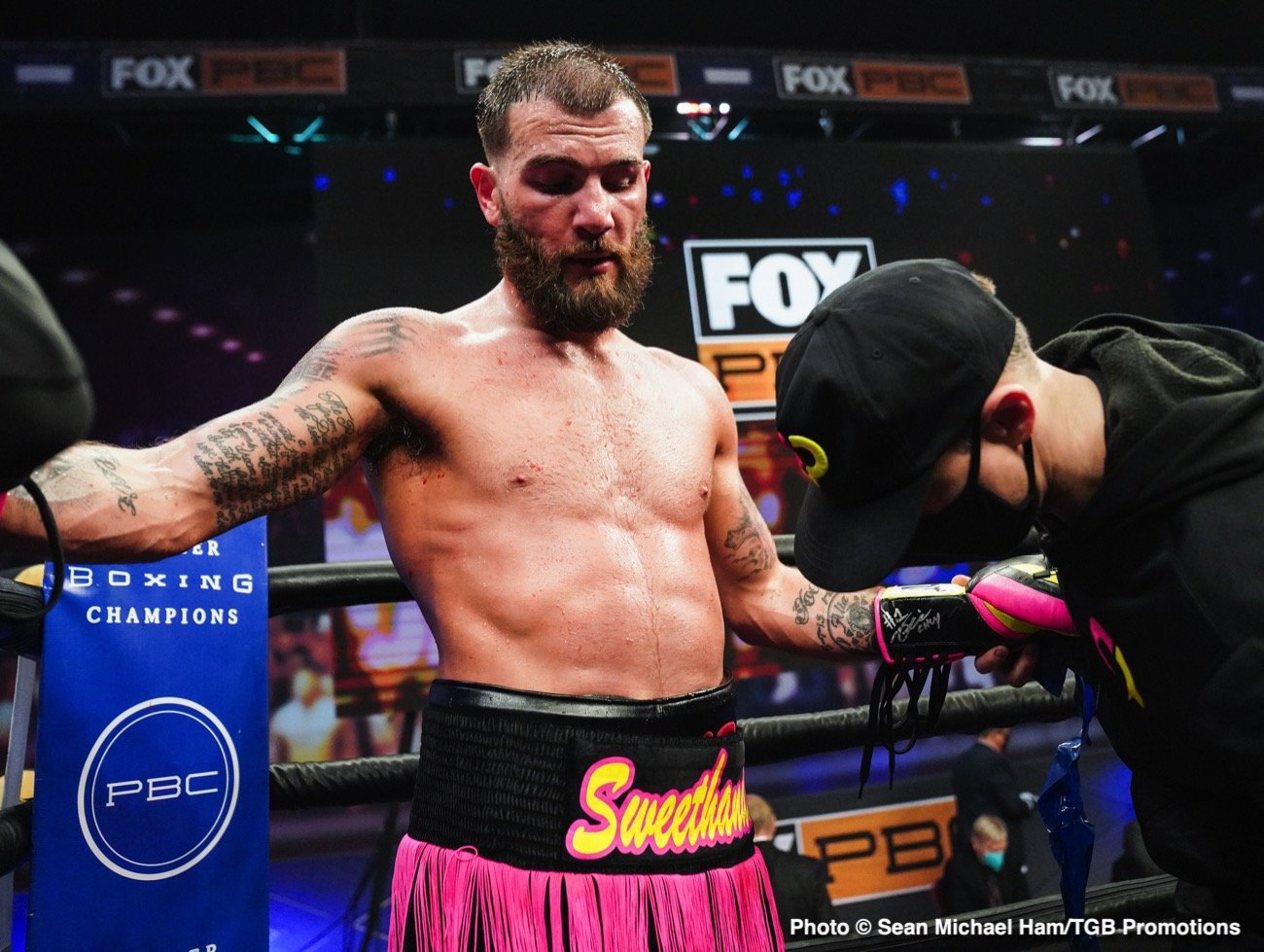 What Plant needs is a high-profile opponent to get him ready for his career-defining fight against Canelo. What’s important is the boxing world wants Plant to take on Benavidez, as this is a true grudge-match between them.

The two fighters have been trading trash talk for the last two years, and Benavidez believes that Plant has been ducking him. It kind of looks that way because Benavidez had been calling him out for a long time now, and he’s gotten nowhere.

“I dominated every round; I hardly got touched,” said Plant about Traux at the post-fight news conference. “Early on, he wasn’t giving me much to work with.”

Plant did get hit, as his reddened face showed afterward. He would have been hit a lot more if Truax’s punch output was better. He wasn’t coming forward enough to cut off the ring on Plant, who is retreating quickly each time Truax tried to reach him. 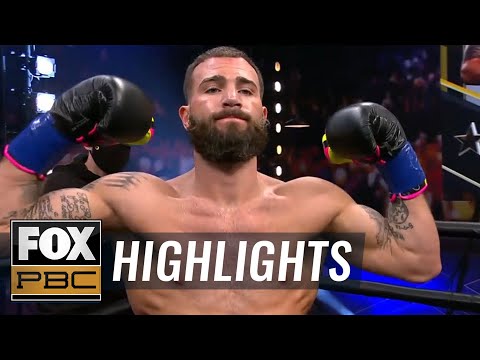 Plant played it safe by staying on the outside, pecking away with jabs and single shots. He was leaning away when throwing shots to avoid getting hit, but he was nailed a fair amount of time.

“He was just trying to survive and most away,” said Plant. “About a third of the way through the fight, I hurt my hand. It’s kind of swollen.

“I felt something similar before. No,” said Plant when asked if the injury will get in the way of his upcoming fights.

It’s likely that when Plant was asked if his injury will get in the way of his future fights, he was talking about the Canelo match in September, not an injury match against Benavidez or someone the boxing public wants to see him fight.

“I’m happy with my performance. I feel like it was a great performance,” said Plant.