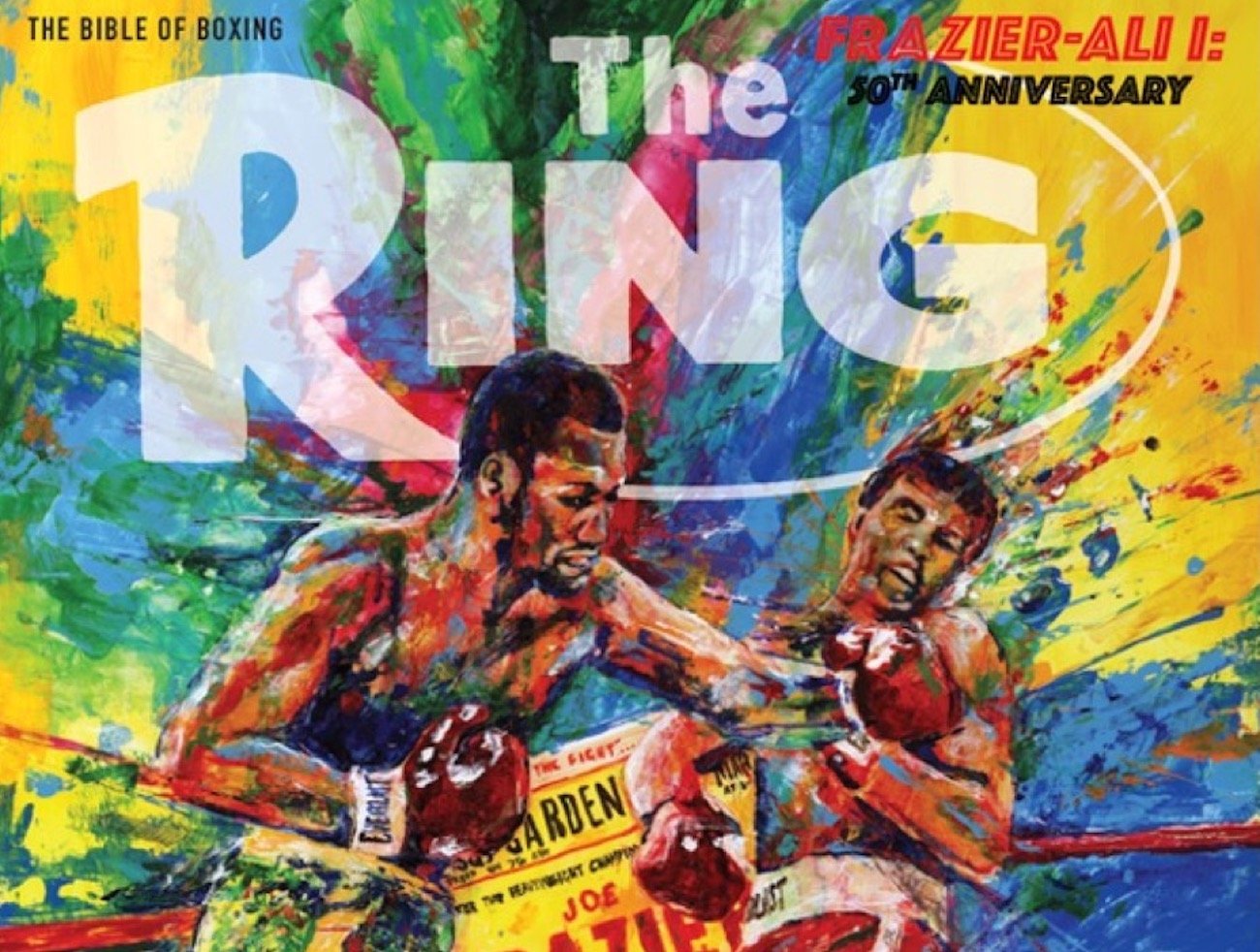 JOE FRAZIER-MUHAMMAD ALI I – 50TH ANNIVERSARY: “THE BIBLE OF BOXING”, RING MAGAZINE, PAYS HOMAGE TO THE FIGHT OF THE CENTURY WITH THE ULTIMATE SPECIAL EDITION.

It was The Fight that made the world stop.

The first iconic meeting between Smokin’ Joe Frazier and Muhammad Ali, known globally as The Fight of the Century, took place on Monday, March 8, 1971. This matchup of unbeaten fistic juggernauts more than lived up to the hype with Frazier flooring his great rival en route to a glorious 15-round unanimous decision triumph.

Now, to honor the 50th anniversary of Frazier-Ali I, The Ring has compiled the Ultimate Special Edition. This is an unmissable collector’s item that has already set a pre-order record at The Ring Shop.

“I’m very proud of this special issue,” said Ring Magazine Editor-In-Chief Doug Fischer. “Properly commemorating a fight with the historical background and magnitude of Frazier-Ali I is a daunting task for any publication, but The Ring staff was up to the challenge. I believe that Associate Editor Tom Gray, the driving force behind our Four Kings, Mike Tyson and Manny Pacquiao special issues, has hit another one out of the park with our tribute to The Fight of the Century. The archival photos and articles, brilliantly arranged and designed by Creative Director Lamar Clark, mix perfectly with new features penned by award-winning writers, such as Donald McRae, Ron Borges, Michael Rosenthal, Don Stradley, and Tris Dixon to accurately present the build-up, significance, context and impact of March 8, 1971.

“But it’s the first-hand accounts of the legendary rivals and that epic night from hall-of-famers Larry Merchant and Thomas Hauser, as well as behind-the-scenes background from Gene Kilroy, the last surviving member of Ali’s team, that make this issue truly ‘special.’”

Award-winning artist Richard T. Slone, who has contributed to Ring Magazine for over 25 years, created the incredible cover art for the Frazier-Ali I Special. The process was a labor of love for many reasons and that passion has resulted in one of the most iconic designs of his extraordinary career.

“This cover firstly pays homage to LeRoy Neiman, the official ringside artist in 1971, and I have utilized his color palette,” said Slone. “LeRoy was a friend and he had a huge influence on me. He would have been 100 years old this coming June, so it’s a fitting tribute to accompany the 50th anniversary of ‘The Fight.’ This cover is also the first time that I’ve painted Joe since he passed away on November 7, 2011. It’s just so difficult to paint him. As I sit here right now, the hair on the back of my neck is standing on end because it’s a chance for me to make him proud. He always had belief in me, he gave me so many opportunities, and to be part of this is one of my biggest honors. To be pallbearer at his funeral was a massive honor, but this is massive for me, too. This is a painting that will stay in my collection forever; it comes from the soul, and it’s important for me because I knew both guys. In a way, it’s like painting family, it’s like painting a moment from childhood. It’s hard to find the words, but this tribute means so much to me.”

Half a century on, Smokin’ Joe’s win over The Greatest remains one of the finest in boxing history. It will never be forgotten by fight fans, and it will certainly never be forgotten by the Frazier family, who are as proud now as they were when Frazier and Ali first collided on that electrifying evening at Madison Square Garden.

“I’m so proud of my father, and Pops done a great job,” said Frazier’s son Marvis, who was a professional fighter between 1980 and 1988. “He did what he had to do in the ring that night, and the whole family were so happy. To me, it’s the greatest win ever. My father was a great boxer and coming all the way from South Carolina to become the man, to prove himself as champion… God just blessed him. Beating Ali didn’t make my father the man of the year, it made him the man of the whole century. It’s great that Ring Magazine are paying tribute to this fight.”

The Frazier-Ali Special Edition is available ON DIGITAL NOW and the print edition can be purchased as a pre-order at The Ring Shop. Release date is February 4, 2021. 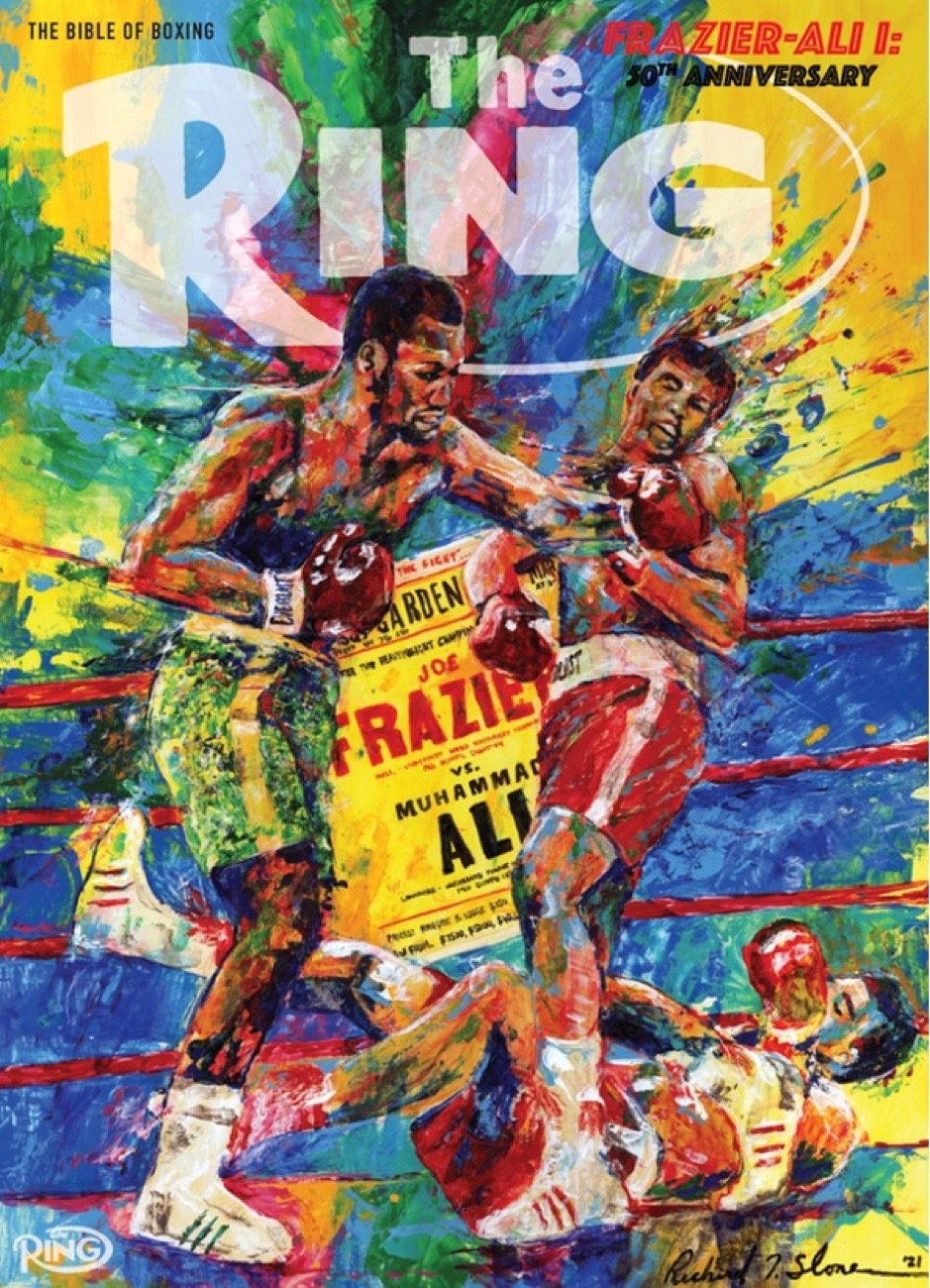