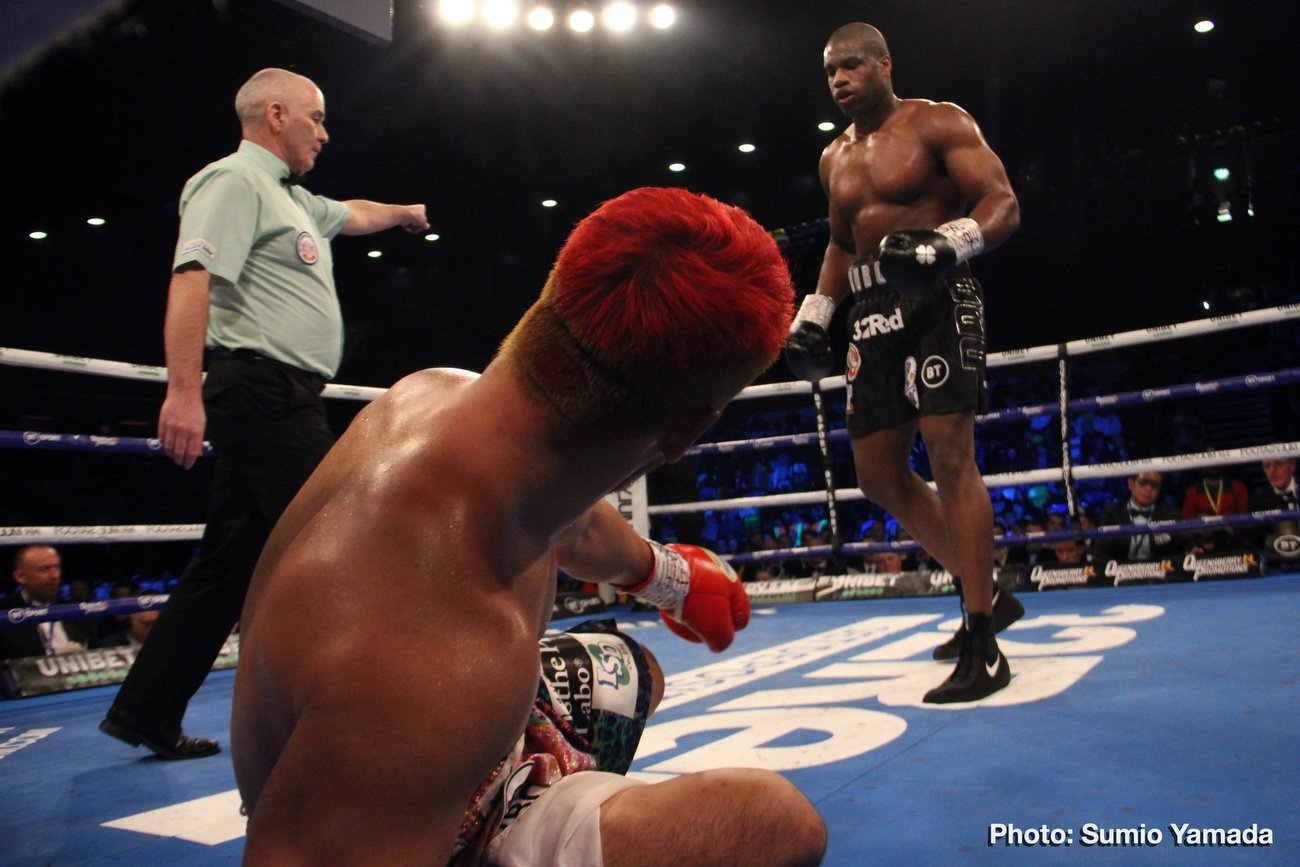 Unbeaten British heavyweight Daniel Dubois marched to 14-0(13) last night in London, giving fans one massive KO as he smashed right through 33 year old Japanese fighter Kyotaro Fujimoto in a couple of rounds. Dubois laid Fujimoto out on his back with a brutal right hand, the stricken fighter needing medical attention. Thankfully, Fujimoto, now 21-2(13) was okay.

The towering 22 year old took his time, won the opening round, and then let loose with his power in the second-round. A jab sent the visiting fighter down for an initial knockdown, then, after Fujimoto got back up, Dubois landed with his bomb of a right hand to the head. It was all over. Only the tough and crafty Kevin Johnson has been able to extend Dubois and now the lethal hitter some have compared to the great Sonny Liston looks ahead to a big 2020.

“I landed a sweet shot and that was goodnight,” a victorious Dubois said last night. “I just thought after the first couple of shots I had to pace myself and let him come to me. I knew I had the power and was really confident in what I was going to do.”

Via his twitter page, Dubois has posted the chilling, and accurate, message: “I don’t care who you are. If I land a right, it’s goodnight.”

There is no doubt about it, Dubois’ punching power is frightening, and the young giant has the ability to both relax and, as he said himself, pace himself. It really is going to take some amazing effort from a very good fighter to stop him. Promoter Frank Warren said last week, before last night’s highlight reel KO, that he would “put Dubois in with Anthony Joshua today.” He means it, too.

But aside from rushing Dubois and matching him too tough too early (and at just 22 there is absolutely zero reason to do this; Dubois really having all the time in the world before going for world honors), it’s hard to see any heavyweight beating him. THE finest unbeaten heavyweight hope out there today, “Dynamite” Dubois seems to have the world at his feet.

It could be fellow Brit, the likewise unbeaten Joe Joyce, next for Dubois. That would be a very interesting fight to see. 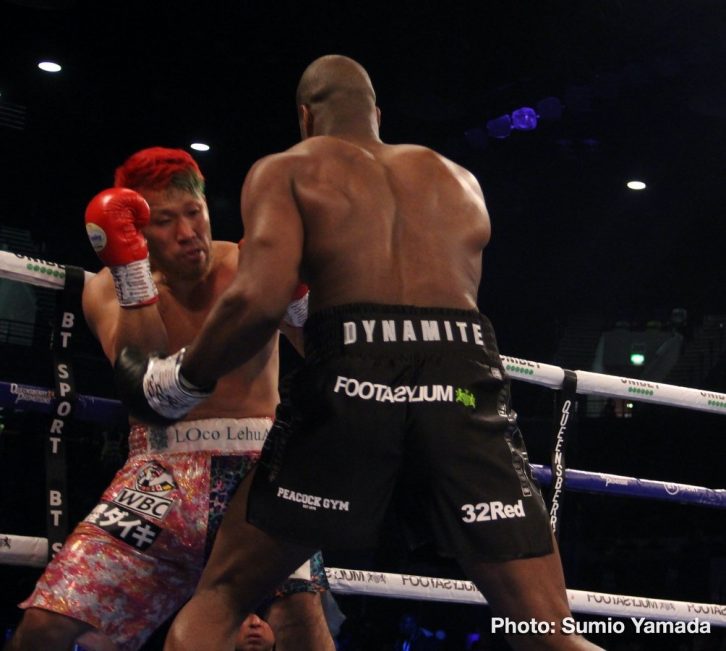 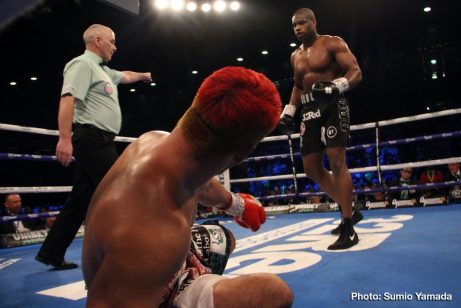 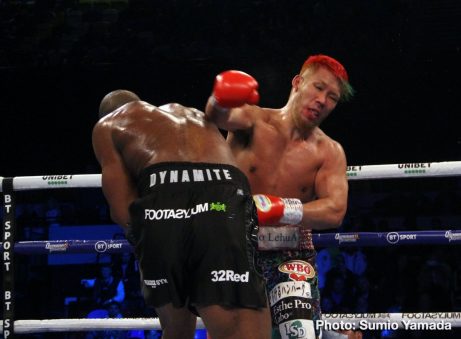 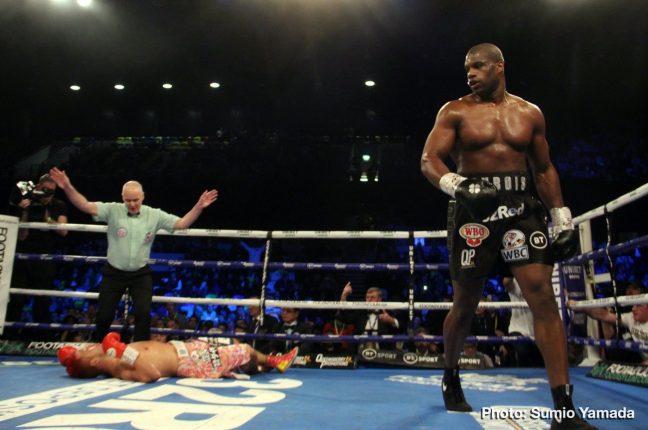 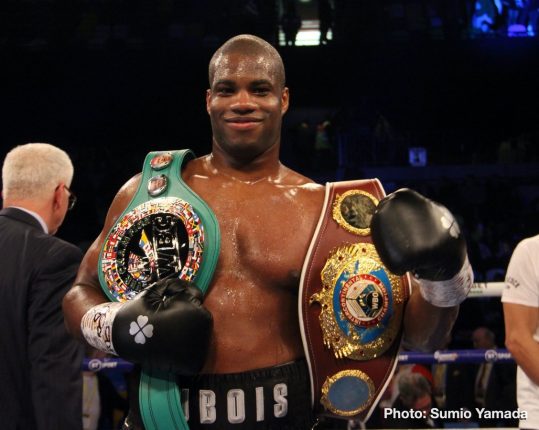 Read: Errol Spence Says He Aims To Be Back In The Ring In May/June: I Don’t Want A Tune-Up
Read: PHOTOS: Charlo Stops Harrison, Ajagba Defeats Kiladze
Follow @boxingnews24