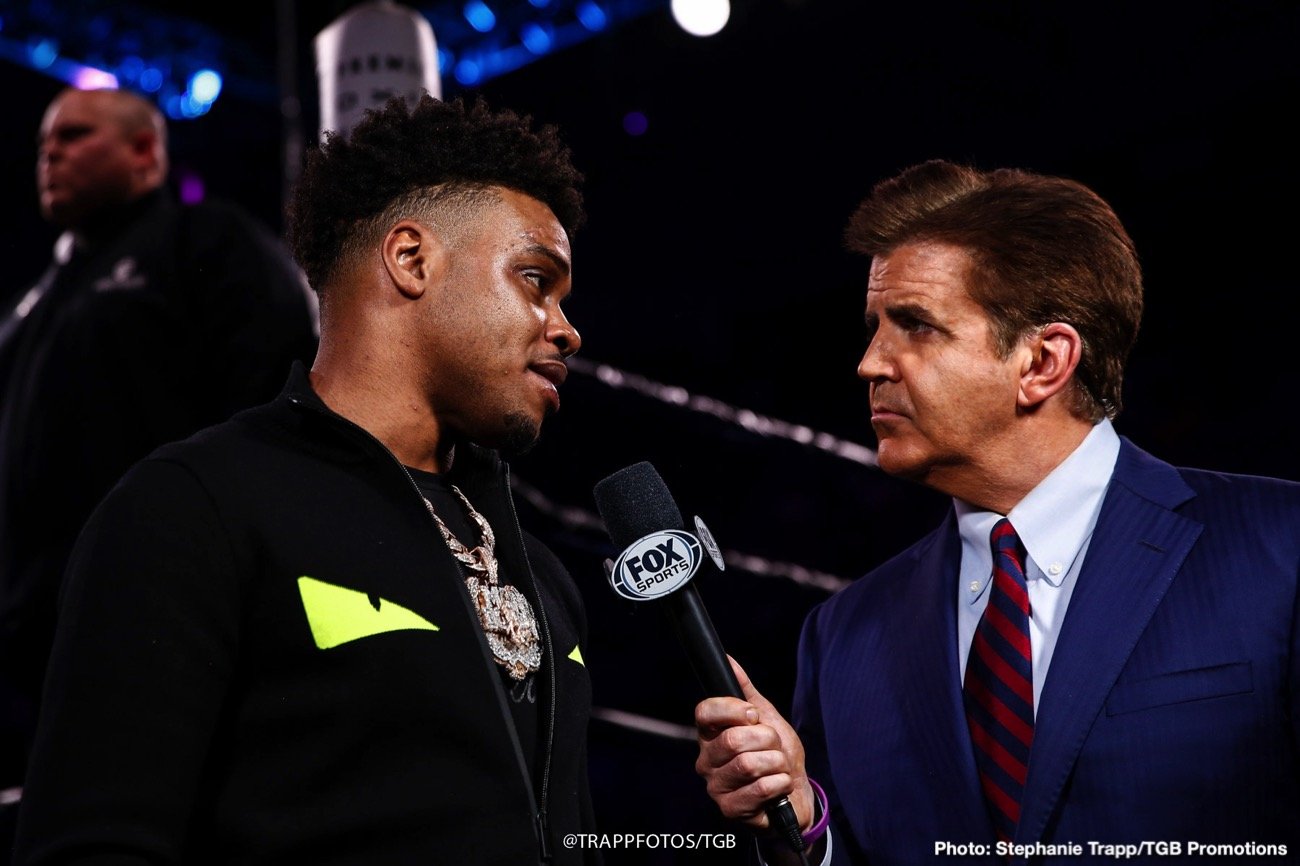 Welterweight king Errol Spence gave his first public interview since his horrific October car crash last night (when footage rolls of the awful to look at one-car smash it really makes one wonder how Spence walked away). Speaking with PBC and interviewed by Brian Kenny, the welterweight top dog spoke of the “blessing” he has been given by God, who allowed him to live after suffering the crash, and Spence spoke about his plans to return to the ring.

Spence, 26-0(21) said he has been “cleared” to train, that there are “no restrictions” as far as sparring goes. Spence said he isn’t looking to take a tune-up fight, that he wants to come back against a top welterweight.

“I’m fighting in May, June, so I’ll be back real soon,” Spence said. “I feel good. I’ve been working with my coach and I wasn’t sore or anything. It’s like it’s been a miracle and I feel real good. I’m just glad to be here. I don’t want a tune-up fight, I want to fight Pacquiao or Danny Garcia. I was supposed to fight Garcia in January, before I had the accident, so that’s who I’m looking to fight. I want the top names in the division, be it Garcia, Manny Pacquiaio, Terence Crawford. I’ve had all type of scans and I’ve been cleared. They think it’s a miracle. The second time around, I’m not going to take anything for granted.”

It remains to be seen whether or not Spence does show any ill effect from the crash, but the two-belt champion looked well last night and he feels he will be able to take off where he left off. Fans want to see Spence back to his best. A special fighter, perhaps a future all-time great, Spence has been given a second chance and he comes across as being very thankful for this.

Assuming he has no ill effects (Spence has had dental surgery and he has a little scar tissue around his face as a result of the crash) “The Truth” will be back thrilling us, hopefully in massive fights with Crawford, Pacquiao and Garcia. 2020’s Comeback of the Year award will likely belong to Spence if he can indeed get back to business as usual. Who isn’t rooting for him and looking forward to seeing him back!