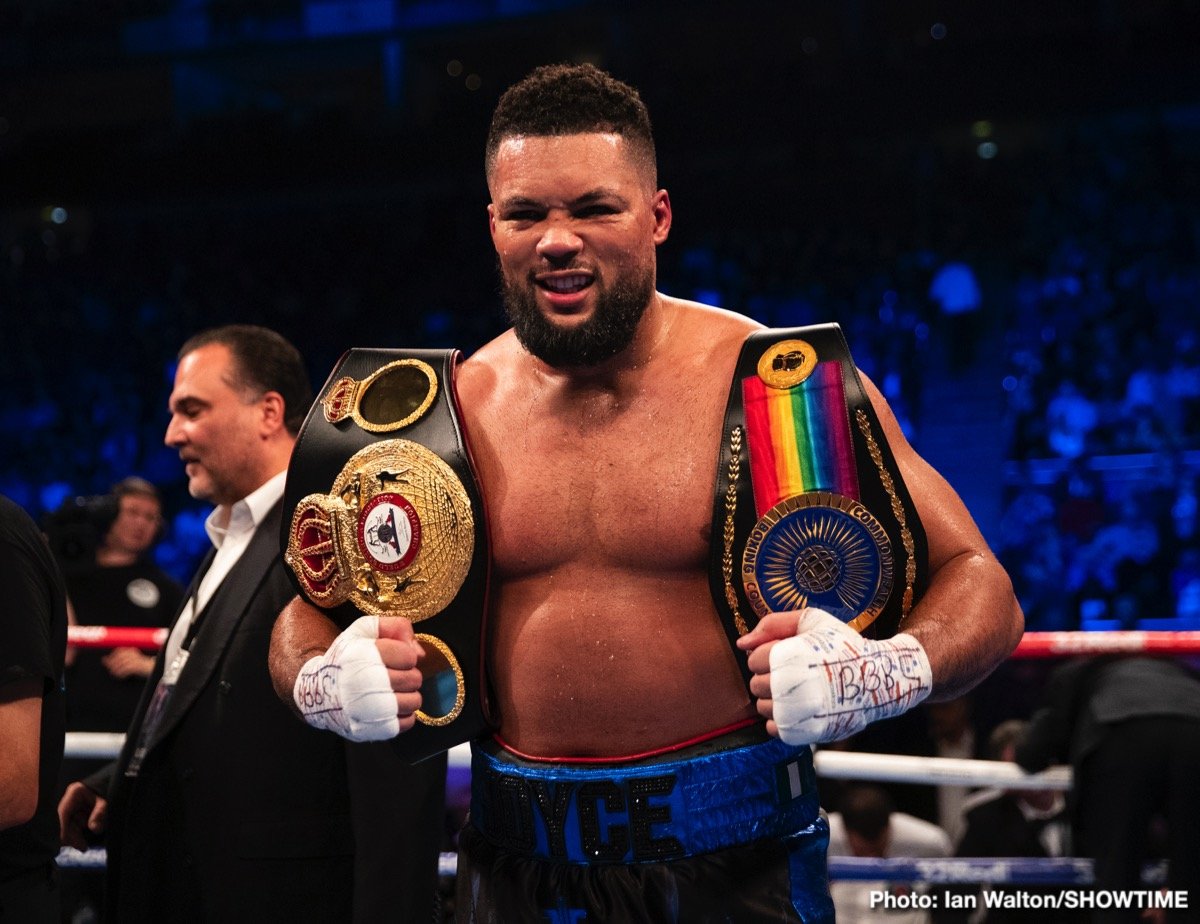 To the credit of both unbeaten and highly promising heavyweights, it has been reported by the British Boxing Board of Control (and picked up by a number of web sites) how Daniel Dubois and Joe Joyce have agreed to fight. The British pair are now expected to fight this summer, with the vacant British belt on the line. Steve Lillis of BoxNation has tweeted how he is “hearing July 13th at The O2.”

It’s refreshing that even in these times, two young (Joyce is already 33 but he is a “young” 33) and talented fighters who could so easily have swerved one another are willing to risk things in a big way. Dubois, aged 21 and 10-0(9) has looked incredibly powerful in some of his fights, yet he has also shown patience and maturity in other bouts. Joyce, 8-0(8) has lived up to his “Juggernaut” nickname, especially in his last fight when he smashed through former champ Bermane Stiverne.

These two could easily have gone a different route but now the real winners will be the fans. Dubois must deal with the once-beaten Richard Lartey (who is talking a great fight) this Saturday night at Wembley Arena, but assuming he comes through without issue, it will almost certainly be Joyce next for the man known as Dynamite.”

So who wins? It’s a tough, tough fight to pick a winner from. Both men can punch very, very hard, yet both guys are also still somewhat green. It could be a quick, all guns blazing type of fight, or we could see a calm and patient approach between two good boxers. Dubois especially has shown a fine left jab. Dubois has been extended to the tenth-round just once (by the crafty and ultra-durable Kevin Johnson), while Joyce has yet to hear the bell for round-nine.

Both Dubois and Joyce had standout amateur careers. It’s a risky fight these two have agreed to, and full credit to both men for having done so. May the best man win. This one should ensure a sell-out at The O2.