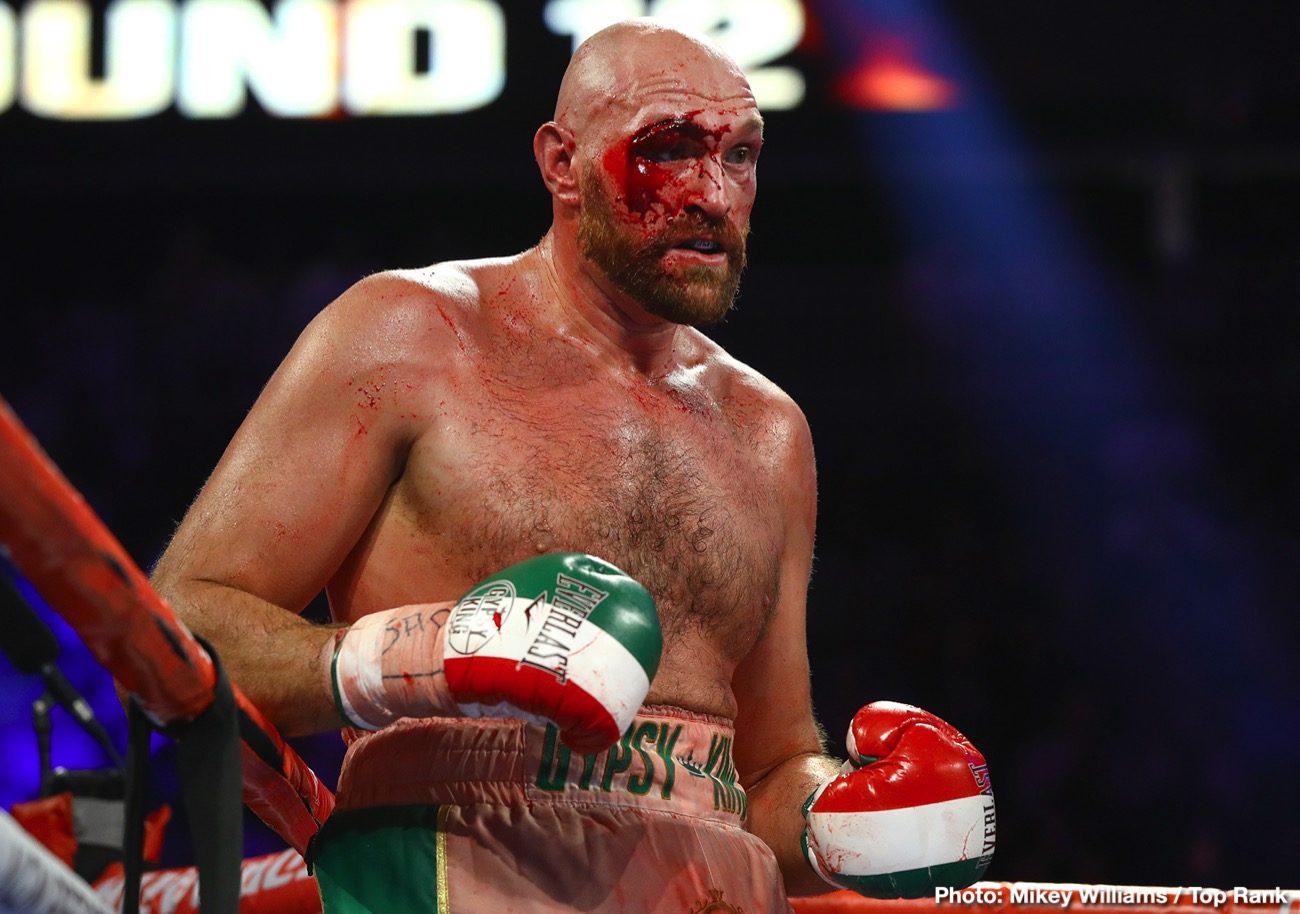 Terence Crawford implies that lineal heavyweight champion Tyson Fury (29-0-1, 20 KOs) was given preferential treatment after suffering bad cuts to his right eye in his fight with Otto Wallin last Saturday night on ESPN+ at the T-Mobile Arena in Las Vegas, Nevada. Crawford says if it had been somebody else that suffered a similar cut as Fury’s, the fight would have been halted.

Was the fight permitted to go on because there was so much money on the line? One would like to think that money has nothing to do when a fighter’s safety is stake.

Anybody else this fight would be stopped from these cuts.

Fans on social media have compared Fury’s cut to the one Vitali Klitschko suffered in his fight against Lennox Lewis in June 2003. In round 3, Lewis nailed Klitschko with a big right hand that opened up a deep cut over his left eye. Klitschko fought with the cut until the ringside doctor asked that the fight be stopped before the start of the 7th round. At the time of the fight, Lewis was the IBF/WBC heavyweight champion, and Vitali the challenger.

Wallin (20-1, 13 KOs) hit Fury with a left hook to his right eye in round 3 cut him badly. It was the type that often would lead to the fight being stopped quickly. In this case, Fury was allowed to fight the entire 12 round bout. Had the fight been stopped, Fury would have lost by a TKO, because the cut was caused by a punch and not a clash of heads.

Crawford brings up a good point in talking about Fury’s cut. Would the fight have been stopped if Fury was just a regular fighter not hugely popular? Fury has a big money rematch set for February. That fight might need to be postponed due to his cut, but at least it’s still going to happen. Had his fight with Wallin been stopped due to the cut, it would have wiped out his rematch with Wilder.

With the huge amount of money that ESPN and Top Rank are paying British heavyweight Fury, it would have been a huge blow if he had lost to Wallin by a TKO due to a cut. Fury already has a scheduled big money rematch signed against World Boxing Council heavyweight champion Deontay Wilder set for February 22. A loss for Fury would have been ruined the Wilder rematch, and it would have made it necessary for him to face Wallin a second time. As competitive as Wallin was with Fury, it wouldn’t have been a sure thing that Tyson would have won.

“If it doesn’t heal well the fight may have to be pushed back. Hopefully that will not be the case,” said Fury’s promoter Frank Warren to the BBC.com. “It depends how it heals. If it’s OK it won’t be a problem…it’s not just the fight, it’s the training and sparring. He has to be 100% right.”

Email
WhatsApp
Tweet
Share
418 Shares
READ:
Eddie Hearn made 7-figure offer to Andy Ruiz Jr. for Dillian Whyte fight on March 28 or April
Previous boxing news: Wallin deserves rematch with Fury
Next boxing news: How Do Tyson Fury’s Nasty Cuts Rate On The ‘Klitschko-ometer?’
You are here: Home / Boxing News / Crawford says Fury fight would have been stopped if it was someone else
Follow @boxingnews24