Terence Crawford feels he’s being blamed by fans for the negotiations with Errol Spence going up in smoke, and he’s not happy that he’s being dumped on

People feel that Crawford is the one that messed things up by choosing to negotiate a fight with David Avanesyan behind Spence’s back and then bailing on the fight without warning.

Crawford will fight David Avanesyan on December 10th on BLK Prime PPV at the CHI Health Center in Omaha, Nebraska. If it’s true that Crawford is getting an eight-figure payday for what essentially is a tune-up fight, it’s possible that he’ll continue to make big money taking low-level defenses moving forward.

If so, that makes it unlikely that a fight between Spence and Crawford will ever happen. There’s no incentive on Terence’s part to take a risky fight if he’s making massive money to defend his WBO title against lesser opposition.

“I’m moving forward with my career. Me and Errol, if that fight happens, it will happen next year,” said Terence Crawford to the MMA Hour about his failed talks with IBF/WBA/WBC welterweight champion Errol ‘The Truth’ Spence Jr.

If Crawford were interested in fighting Spence, he would have stuck it out in the negotiations instead of walking away from the fight to face Avanesyan. After this move by Crawford, it’s highly unlikely that Spence (28-0, 22 KOs) and his adviser Al Haymon will want to put themselves into a position where they could get burned again.

After what happened last time, Spence & Haymon would have no way of knowing if the time they’re spending with Crawford is going to be wasted, particularly if he’s working out a deal to fight another opponent while at the same time negotiating with them.

“I just don’t like the fact that a lot of people are blaming me for trying to make the fight. I don’t blame myself for not one portion of the fight not being made,” said Crawford.

“I feel like I agreed to everything I needed to agree to. I feel like I done everything that I was supposed to do as an independent fighter. It’s only so much I can do.”

“David is very tricky. He’s been around boxing for a long time; he knows what he’s doing in the ring. He’s very strong, very powerful,” said Crawford.

With all the talking Crawford (38-0, 29 KOs) is doing about Spence in the last three weeks, you would believe that’s his next opponent.

Sadly, this is Crawford’s approach to promoting his title defense against fringe contender David Avanesyan (29-3-1, 17 KOs) at the CHI Health Center in Omaha, Nebraska.

Crawford sounds like he still hasn’t come to terms with the negotiations for his fight with IBF, WBA & WBC welterweight champion Spence failing to pan out. So instead of forgetting about it and moving on mentally, Crawford keeps talking about it as if he’s trying to work it in his head. 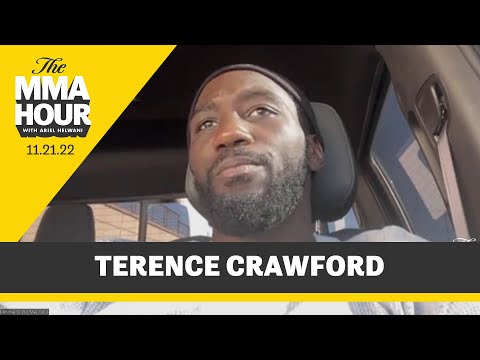