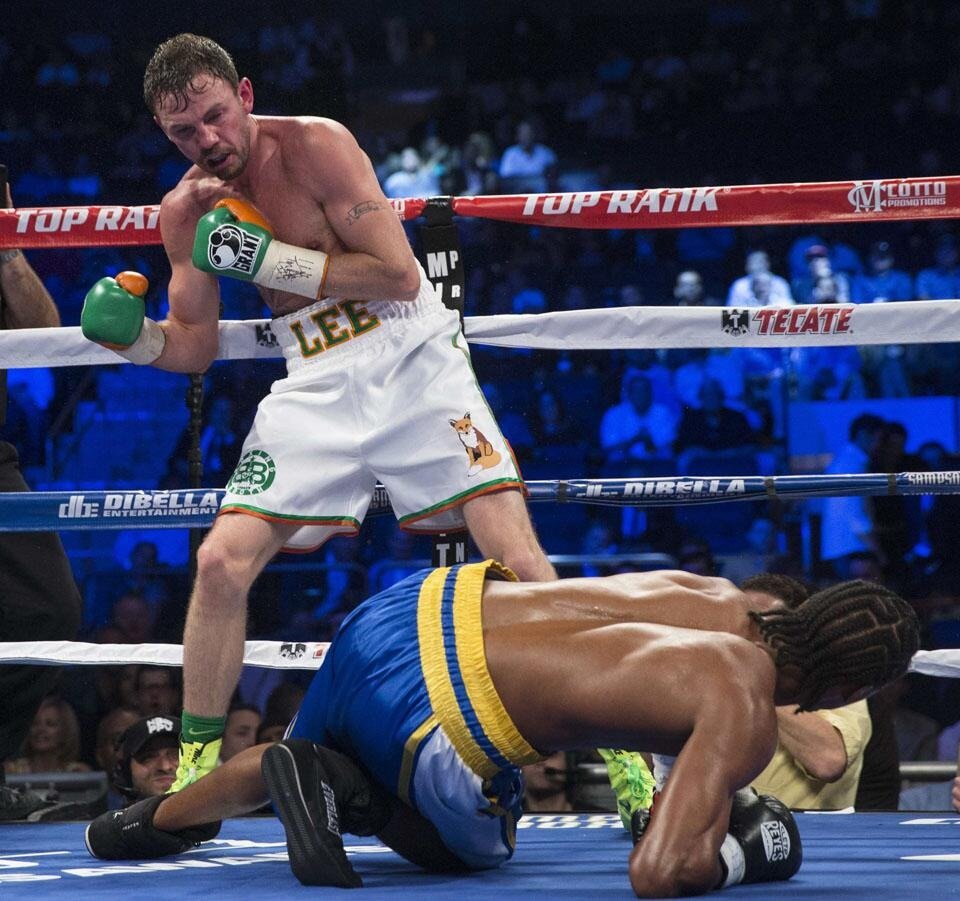 Even though Sergio Martinez resembled an aging armored knight clumsily bumbling around the ring on shoddy wooden stilts, Miguel Cotto still shocked the world with his history making performance when he stopped the former middleweight king in dominant style. The victory puts Cotto in a great position to land some big name opponents and some nice paydays. Miguel has loads of lucrative options out there right now, and everyone near or around 160 is going to want a piece of him. Everyone.

It is therefore logical to assume he may soon wind up facing one of boxing’s big 3 money makers, which would involve a possible match with Canelo Alvarez or a return bout with either Floyd Mayweather or Manny Pacquiao. But looking into the immediate future, a rematch with either P4P star seems unlikely. Cotto and Pacquiao have formed a brotherly bond since they are now both under the tutelage of Freddie Roach. And with Mayweather expected to fight again in September, that’s probably a little too soon for Cotto to make his return after such an awesome win. That makes Alvarez the default frontrunner based on process of elimination.

But what happens if Canelo ends up losing his upcoming fight with Erislandy Lara? That’s a very real possibility. So maybe Cotto’s options for the remainder of this year won’t be as good as they first seemed, especially since Lara and Canelo is probably a 50-50 type of match. A Lara victory would put Cotto in an awkward position that may deny him a big money fight until 2015 at the earliest. It is doubtful that the newly crowned middleweight king will want to take on a difficult guy like Lara (especially if he beats Canelo), and it is even more unlikely to think that Cotto would be eager to want to mix things up with boxing powerhouse Gennady Golovkin (after, assuming, he KO’s Geale). What does that leave for Cotto? Not very much.

If Cotto is faced with this undesirable situation, there are probably several names that would go under consideration, and Cotto would get a free pass to choose whoever he wanted. But a good possibility that brings a lot of upside in the risk-reward department might be someone like Andy Lee, who scored a spectacular KO win against John Jackson on the Cotto-Martinez under card. This was a dynamite KO that is definitely already a contender for best KO of this year. Even though Lee has been competing at 154, he spent a good chunk of his career campaigning as a middleweight and he provides some decent name recognition value. He also has a pretty good following in the New York area which would make a potential fight at MSG a logical venue. These perks may have some appeal for Miguel when weighed against his other existing options if Canelo loses to Lara.

Despite the fact many fans probably view Lee as being far beneath Cotto in terms of talent and stature, Andy Lee has the type of style that could make for a pretty interesting match up. This is a fight that Cotto would be favored to win, and one that he probably would win, but it could be a good scrap to watch. It may be just the type of stay busy fight Miguel needs while he waits for the dust to settle and see what super fights exist for him next spring. It’s a fight Cotto should win, it’s a fight he can look good in, it’s a fight that would be entertaining, and it’s a fight that could make the most of current circumstances. Surely this isn’t the fight that most fans are hoping to see Cotto involved in next time out, but it could be a good choice of opponent for Miguel, especially if Lara winds up beating Canelo.