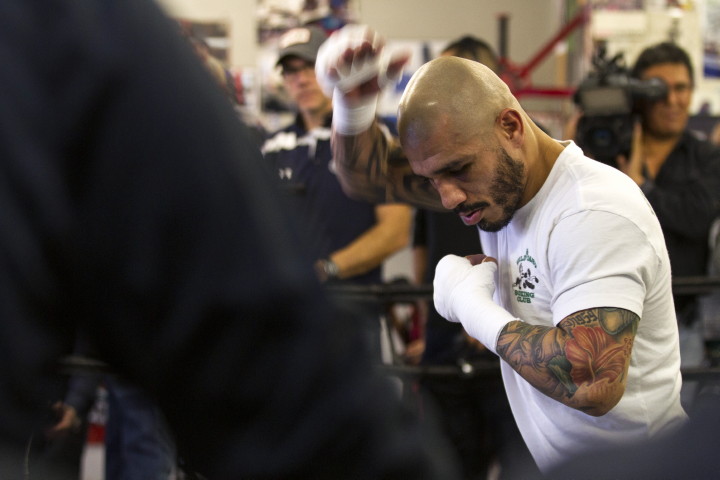 Below is what Cotto and Roach had to say:

“I don’t care how Canelo is doing in training camp. I hope he can get in his best shape.

“People will have to wait to see on Nov. 21 if Canelo’s age is stronger than Miguel’s spirit. On Nov. 21, people are going to see the best Miguel Cotto they have ever seen.

“Freddie had the opportunity to make Miguel Cotto work better and harder. With Freddie, I just realized that I could bring more to every day. I’m here to follow everything Freddie wants me to do in training camp.

“They know what Miguel Cotto is capable of doing in his fights. I’m going to bring the same level of emotion to this fight.

“I’m going into the ring with our plan in mind and will implement it.

“The Mexican-Puerto Rican rivalry is one of the biggest in boxing. It’s in our hands to present the fight at the same level of intensity everyone expects. Mexico is a lot bigger than Puerto Rico, but we have something in our boxers that make us able to compete at the same level.

“I am a boxer. I’m here working and looking forward to Nov. 21. We are working for the victory and that is what we are going to get on Nov. 21.” 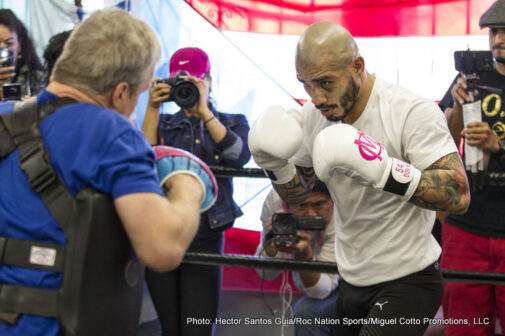 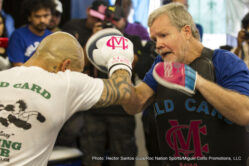 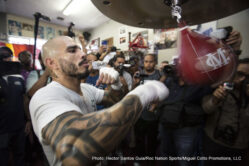 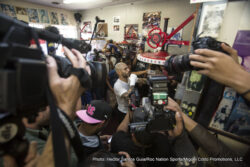 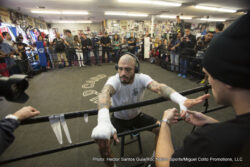 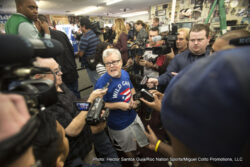 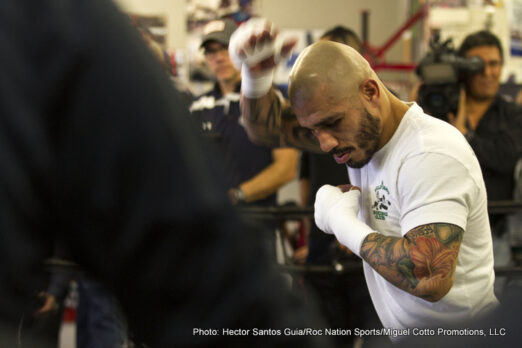 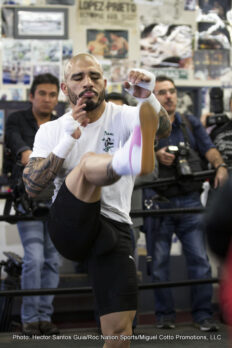 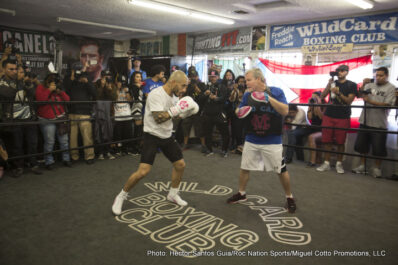 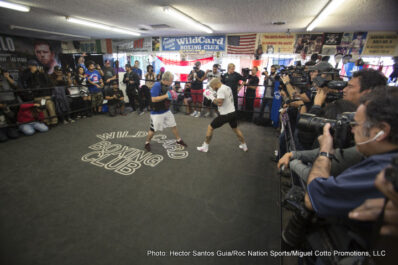 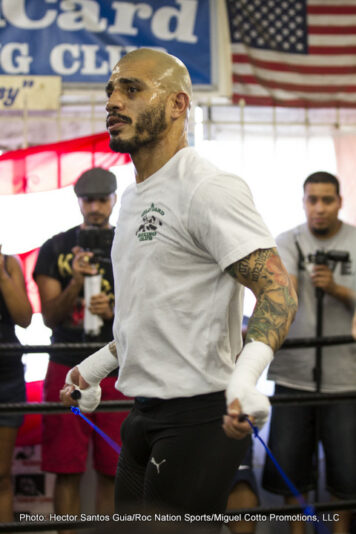 “I believe this is going to be the best fight of the year. I think it’s a great match up. I think its youth versus experience. How much is Canelo’s youth going to take a toll on him? How much will it help him? I think you get a little bit of everything. You get Mexico versus Puerto Rico. You get youth versus experience. This fight brings a lot to the table. It’s the perfect match. It’s a very exciting fight.

“Canelo is only about a half-inch taller [then Miguel]. He doesn’t have a huge height advantage or reach advantage over us. I don’t think he’s stronger than we are. I think we are the better puncher out there. We have more experience. We beat a lot of guys a lot better than him along the way. He’s just another guy to us.

“We’ve had four sparring partners against Miguel each day. That’s for breaking the fighter down and hitting the body. We take their legs away from them. I feel that our opponent does a lot on his own. He’s not that disciplined. He’s a young guy. He’s the playboy. He’s a good looking guy. He gets all the girls like Oscar De La Hoya, but the thing is, those girls are not going to help him in this fight.

“I have the better fighter. We’ve fought better opposition. We’ve been in there with better fighters. We’ve learned after the process of going through this and he’s still at the beginning of the learning stage. Who knows how far he’ll go? Miguel’s gone a long, long way. We’ve proven ourselves and we’ll prove ourselves again on Nov. 21. I promise.

“I think we’ll give Canelo a boxing lesson for about five rounds and then I think we’ll turn it up from that point on. After five, I am going to have Miguel go out there and trade with him a little bit and when Canelo slows down a little bit, I think we will knock him out in about eight or nine rounds.”