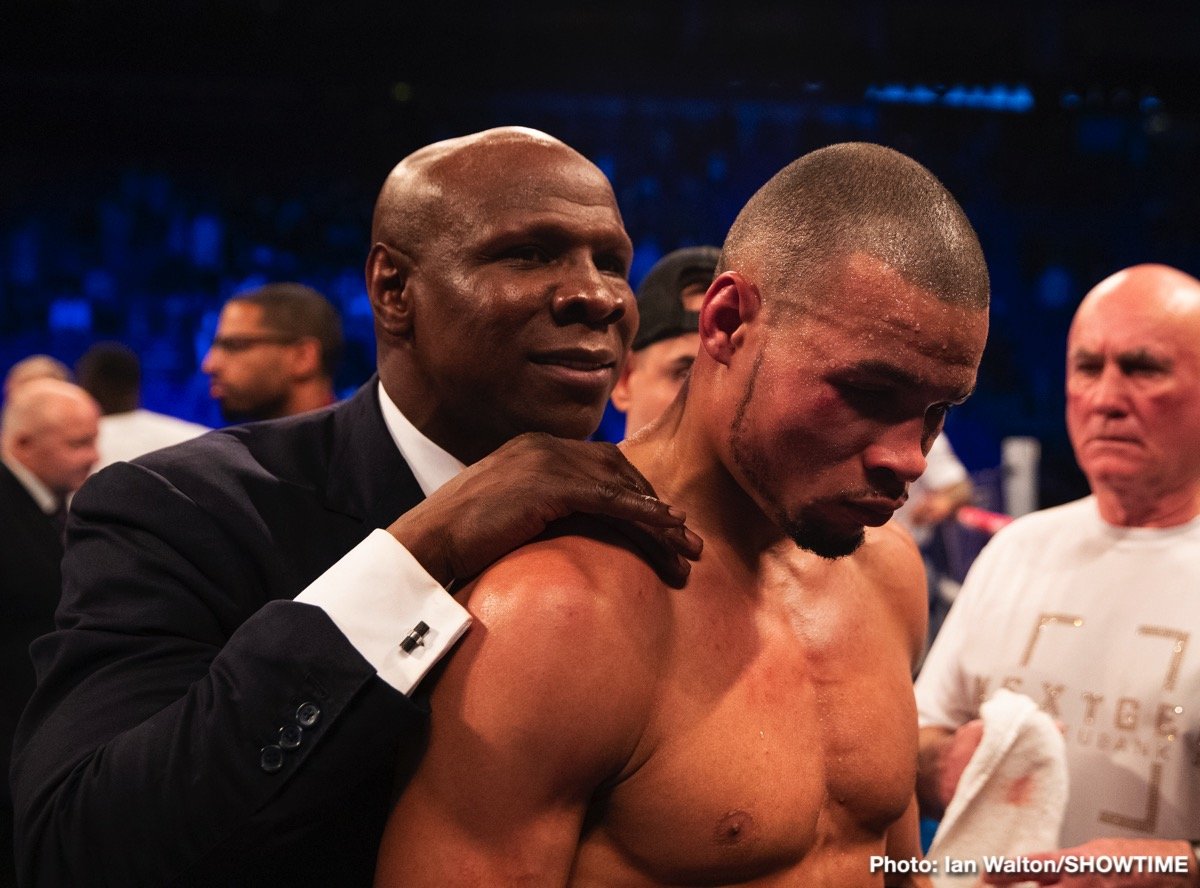 Though he is arguably 1-2 in the biggest, most meaningful and testing fights of his pro career, there is no doubting the incredible self belief, some would say arrogance, in Chris Eubank Junior. Having been bested by both Billy Joe Saunders and George Groves but winning a big one over James DeGale, Eubank Jr is now looking at taking on the biggest names of both the 168 and 160 division.

Speaking recently with Sky Sports, Eubank Jr said that he looks at himself as “the best fighter in the world,” and that he does so because “I have to.” Though Eubank Jr has tasted those two defeats, it is alien to him to ever enter the ring and not feel very strongly he is the better man. So is Eubank, 28-2(21) deluded, or does he simply carry the strong self belief all fighters need if they are to reach the top and stay there?

The win over DeGale, back in February, was especially satisfying, Eubank told Sky Sports, because it showed the world what he himself knew all along: how good he is. But since then, Eubank, at age 29 and as he says himself at or around his absolute peak, has been inactive. Eubank says he had planned and hoped for a busy 2019, with maybe three fights, yet this has not happened.

Eubank wants a rematch with Saunders, and the Brighton man is also calling out, still, Gennady Golovkin. But is the son of the man who dubbed himself “Simply The Best,” really, truly good enough? A return with Saunders would prove very interesting, but does Eubank really want to fight GGG? He had his chance, remember – only to fail to sign the paperwork in time.

Eubank feels he is boxing in a “perfect era,” but he needs some special performances in big, big fights before the majority of fight fans will be ready to accept that he is a truly elite fighter. As things stand right now, Eubank says we can expect to see him back in the ring in two or three months, so that will be getting on for a full year since the win over DeGale.

Is Eubank letting his peak time slide him by?