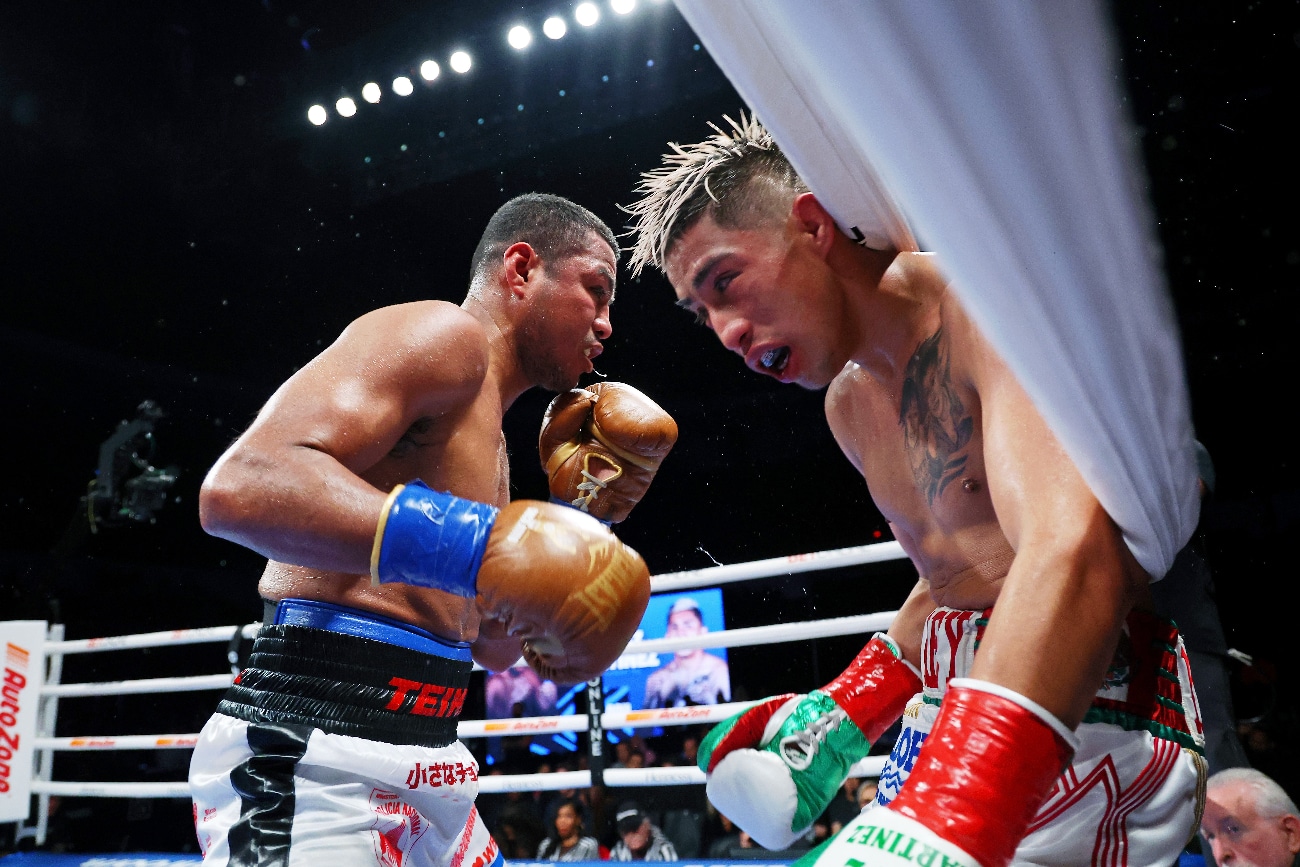 Roman ‘Chocolatito’ Gonzalez (51-3, 41 KOs) says he plans on staying at 115 rather than going up to 118 to face Naoya ‘Monster’ Inoue following his 12 round unanimous decision victory over Julio Cesar Martinez (18-2, 14 KOs) last Saturday night at the Pechanga Arena in San Diego, California.

The former four division world champion Chocolatito, 34, wants to stay at super flyweight to take on Juan Francisco Estrada in a trilogy match for his next fight.

Estrada is Chocolatito’s main focus o for his next contest, provided he wins his match in San Antonio, Texas against WBA 115-lb champion Joshua Franco.

Chocolatito totally dominated Rey Martinez last Saturday night, beating him by a one-sided 12 round unanimous decision in their headliner match on DAZN.

Landing 50% of his punches at times, Chocolatito seemingly couldn’t miss with his shots in the championship rounds of the contest.

“I don’t think I would like to go to 118 pounds. That’s not really my goal,” said Roman ‘Chocolatito’ Gonzalez at the post-fight press conference last Saturday night when asked if he’ll go up to bantamweight to fight Naoya Inoue.

Matchroom Boxing promoter Eddie Hearn said after the fight that he wants Chocolatito to stay at 115 so that he can fight Juan Estrada and Jesse ”Bam’ Rodriguez on DAZN.

“Those are two fights that will likely pay Chocolatito excellent money without him needing to go up to bantamweight [118] and put himself at a disadvantage against champions Naoya Inoue and Nonito Donaire at this late stage in his career.

“He’s a young man and he hits hard. He has his own distinguishing qualities,” said Chocolatito about Julio Cesar Martinez. 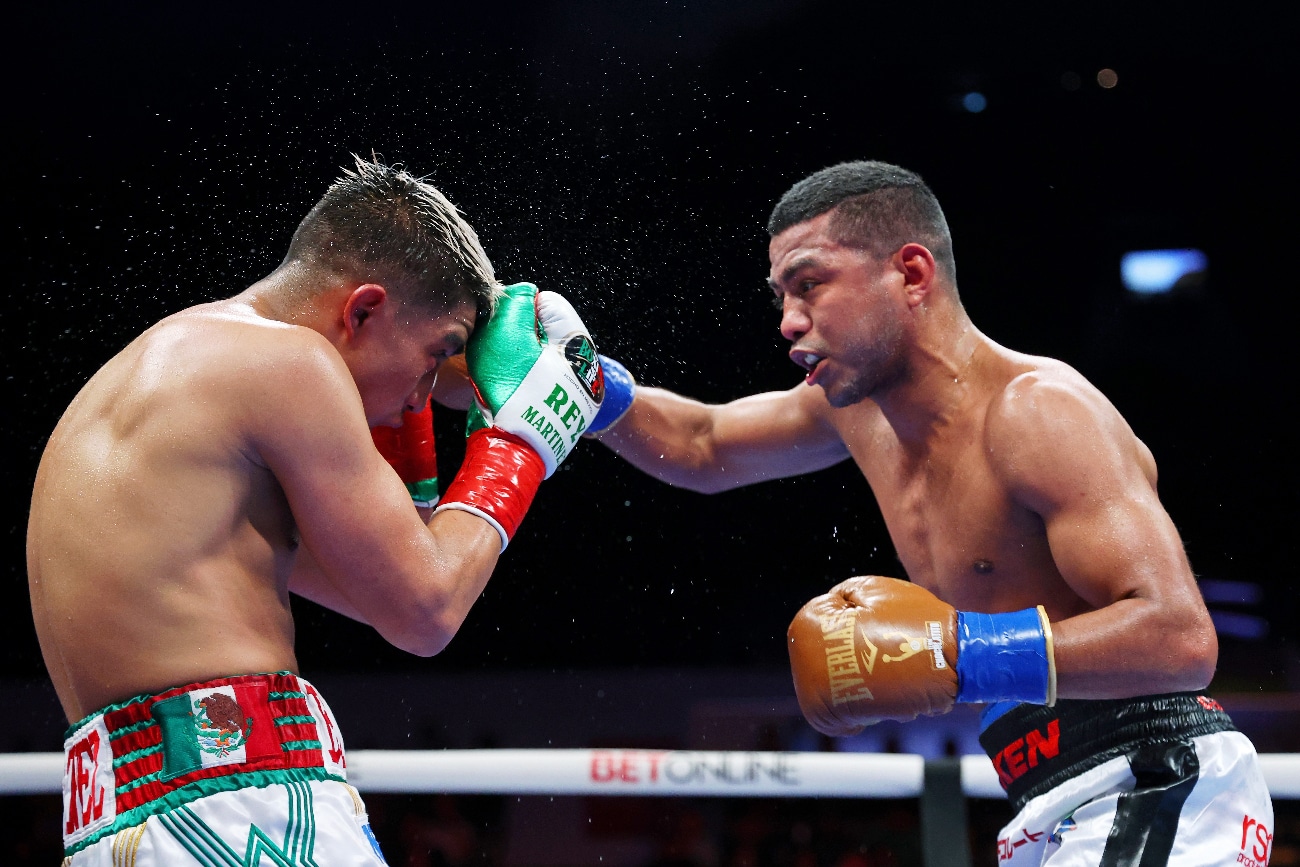 “He’s strong and he can take punishment. He hit harder than El Gallo [Juan Francisco Estrada], and he’s strong,” said Chocolatito in giving Martinez credit. “Everyone has their own distinguishing quality.

“The experience showed today, the conditioning that I have, and that’s why I was able to win this fight,” said Gonzalez.

“For me, just one round,” said Chocolatito when asked how many rounds did Rey Martinez win. “For me, I won all rounds in my opinion.

“Those qualities are the ones that God gave me and was a blessing, and what got me here. I’m very happy they talk well of me.

“The job’s not easy to be training in camp, but that’s why I’m here, a four-time champion. That’s why I am where I am.

“I’m going to stay down at 115. I don’t plan on moving up or down, I’m going to see what happens. Maybe we have to fight with El Gallo Estrada, we don’t know, as long as they pay me very well,” said Gonzalez.

If Chocolatito were a little younger, it wouldn’t be a bad idea for him to go up to 118, but given that he’s 34 and nearing the end of his long 17-year professional career, it wouldn’t make sense to move up.

“I just think with the El Gallo fight, that’s the one where I’ll win the most money. That’s what the people are hoping for,” said Roman Gonzalez.

“Of course, if it’s good money that’s always going to motivate you. You saw the fight,” said Chocolatito about his previous match against Juan Francisco Estrada. “Who won? I did, right? You don’t have to say anything else.

“Unfortunately, there was a card [117-111 for the Estrada contest] and it was a bit sad because of all that sacrifice and the work that we did in camp and the good fight to see that failure in that form of that card.

“What’s most important is if they pay us both well,” said Chocolatito when asked if it’s important for him to knock out Juan Francisco Estrada in the trilogy match to avoid getting robbed by the judges again.

“I’m super happy and more than ever, I’m taking care of myself. We’re doing an excellent work plan with my team to keep showing what I’m made of. Really, that’s where I demonstrate my skills and my combinations. 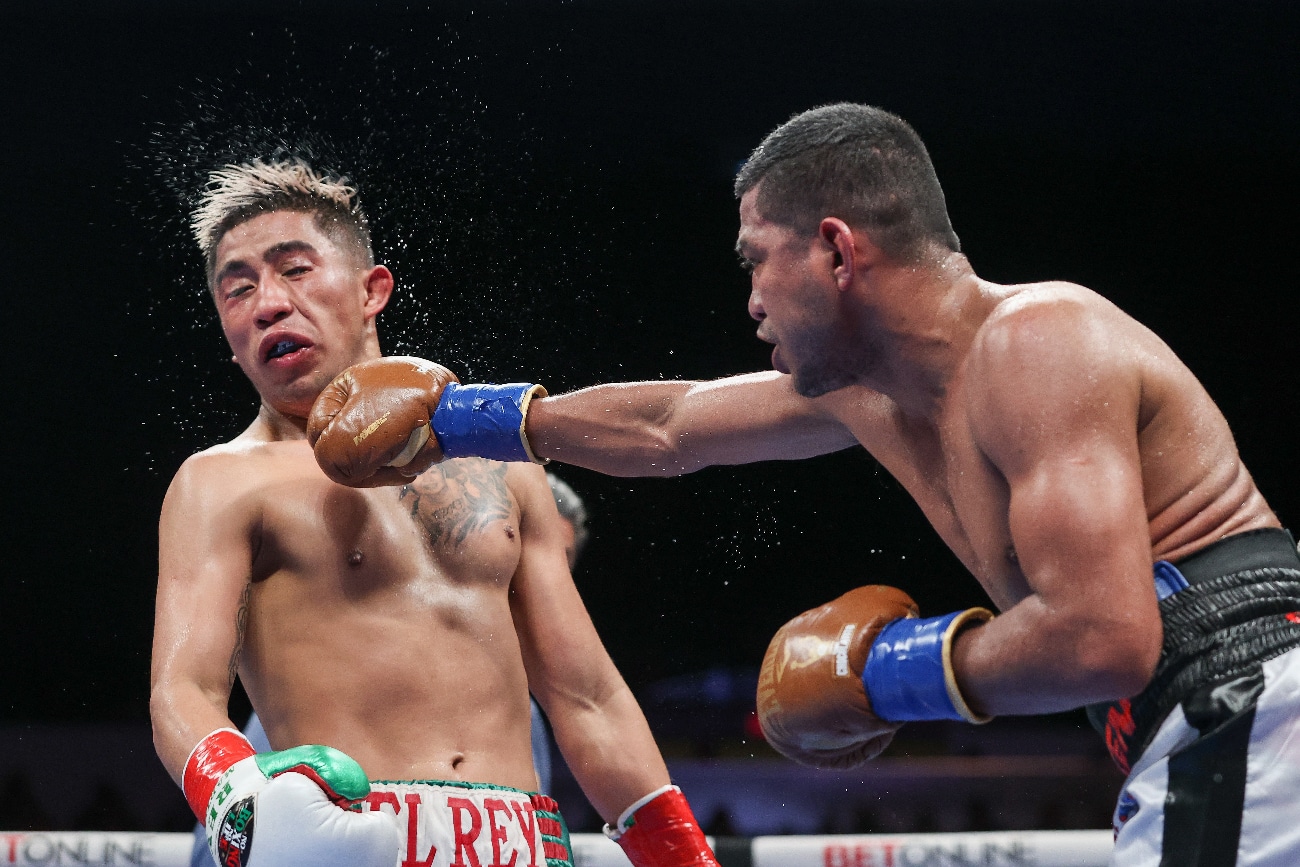 “I just did what my corner sent me to do, I was very careful because he has hands. I knew if he was able to catch me with one of those overhands, he could send me to the canvas. So, I kept my hands up mostly and tried to see what was coming. That is what I did.

“I did think I was having my best moments when I was connecting with my punches. He can really take punches.

“It depends on the situation ahead. There are negotiations for a few fights more and if they’re bad, then maybe I just want to enjoy my kids and enjoy the blessings from God. God has given me a lot and that’s important. 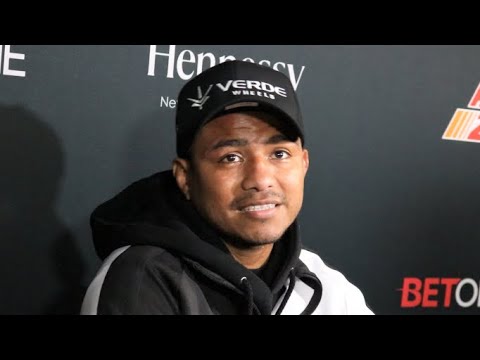