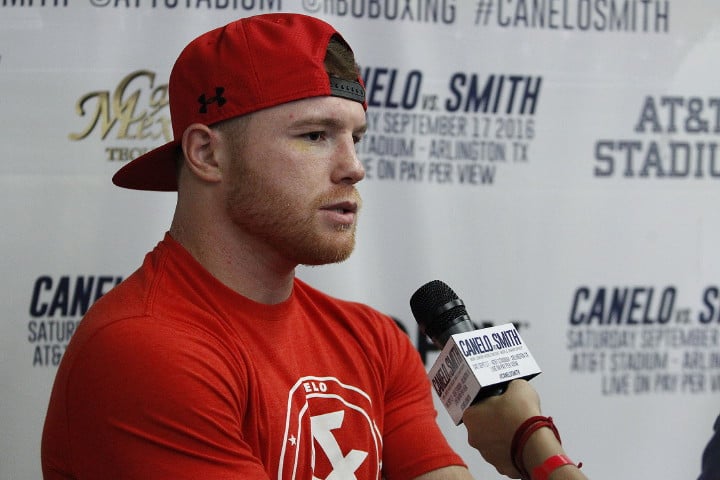 Below is what Team Canelo had to say at today’s media workout in San Diego:

“I love San Diego because it’s really calm here, which is something I require when I am in camp. I feel comfortable and at home which makes me feel great while training, and allows me to train at 100 percent.

“Getting to fight at the AT&T Stadium in Texas is a huge privilege for me and my career. Fighting on this weekend is powerful because it tells the story of Mexicans all over, making a win even more important. This fight is going to be historic; from the venue, the title, to the fans who are going to show up – I take all of this into consideration as I train hard for this match.”

“In our training we have taken a huge focus on the opponents fighting style – no matter what size or weight. Analyzing, and breaking down the fighter’s approach is what we go after in the ring. Just because Smith isn’t very well known in the U.S. doesn’t diminish how tough he is as an opponent. We expect him to be very powerful, and we are training for that.”

READ:
Hearn Confirms Talks Over A Joshua Fight In Kinshasa: It's Probably The Most Famous Venue Of All Time

“People can have their opinions on the fight. We are training for a world title fight, which is worth respecting. We are doing the work and training hard. Winning this fight is the focus and everything else will come.

“We are working especially hard on defense. We are going to be working the counterpunches, and being able to counteract anything that Smith brings to the ring.” 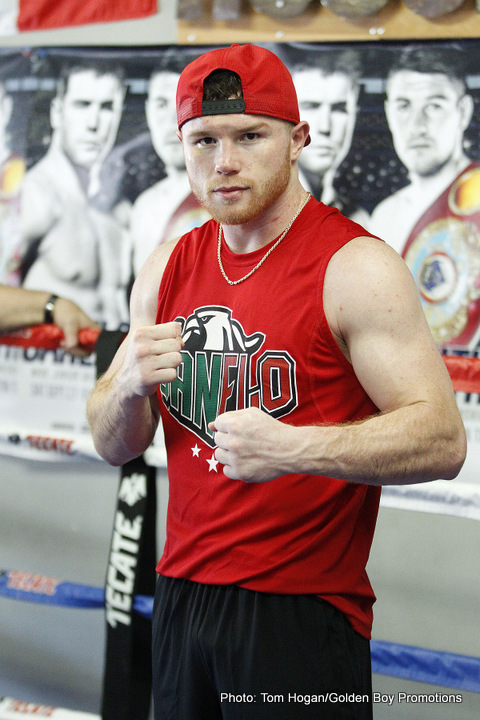 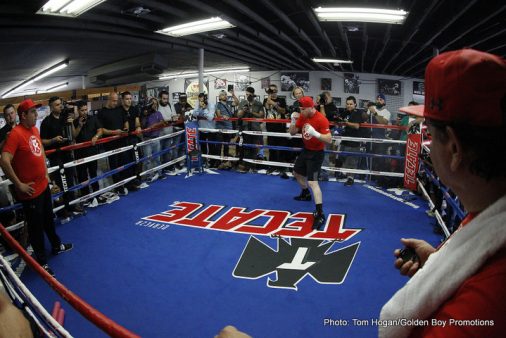 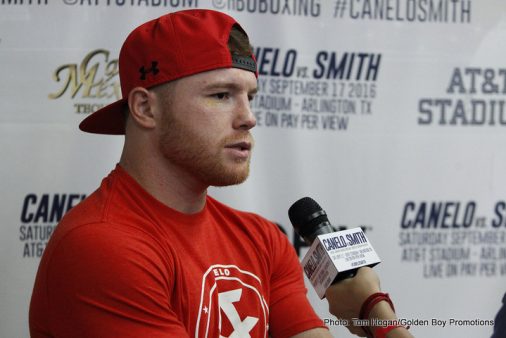 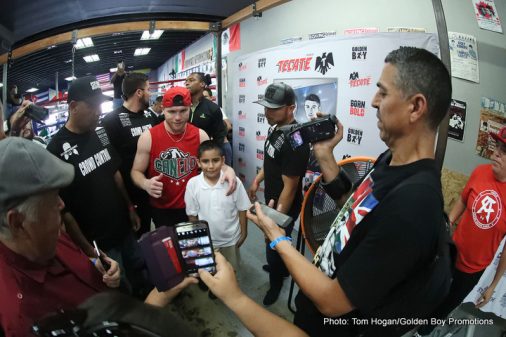 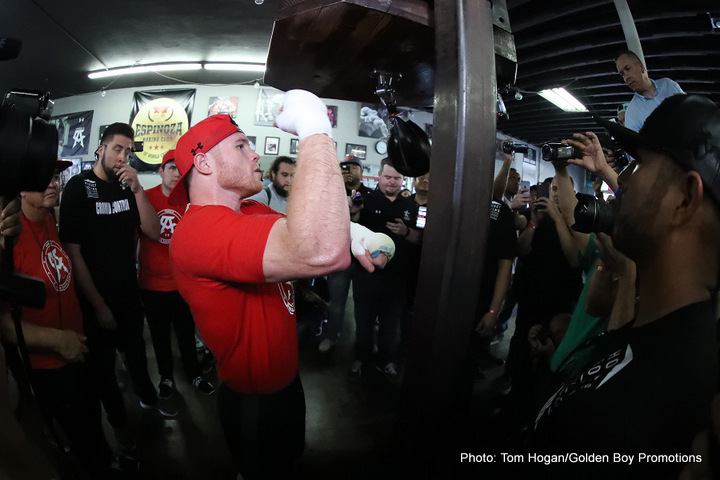 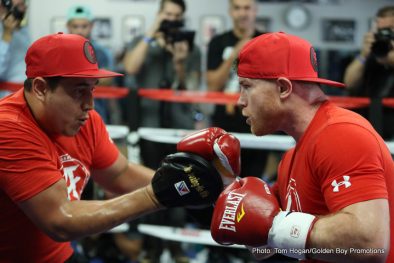 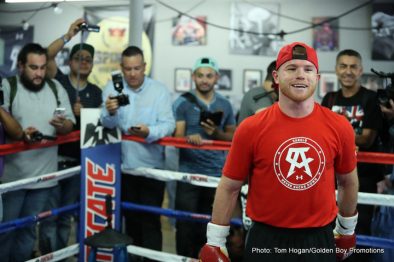 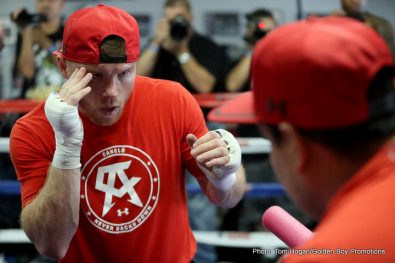 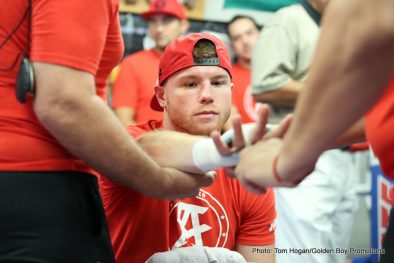 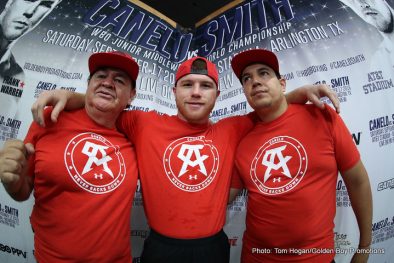 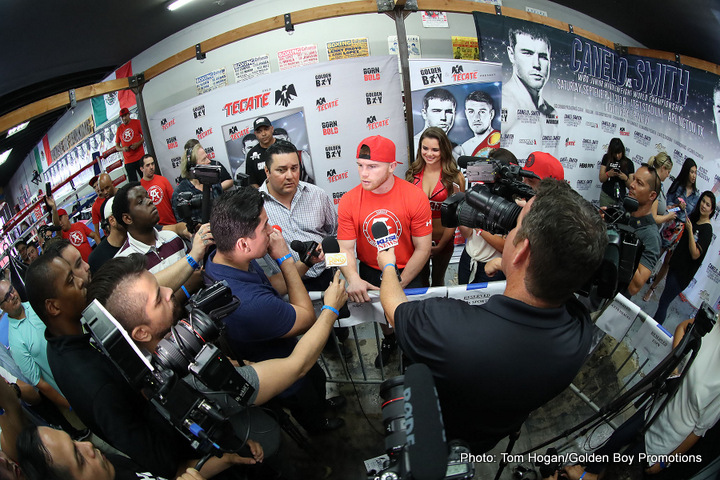 “The climate here in San Diego is perfect for training. They have a great training environment here at the gym – we have the privacy and the space to run the distance and that makes us very happy. We are enthusiastic with our training efforts, and are working hard to get another title. We are content with the way training is going, and we are looking forward to showing the fans what we have been working on.

“Liam Smith offers us the opportunity to be at the top. His last eight fights have all been won via knock out. He is a dangerous fighter, and just because he isn’t known here doesn’t take away his potential. Smith has to be doing something right to be able to have such powerful victories under his belt, and that has given us an indicator that he is dangerous, and we have to be careful to not enter the ring too confident. We are working our defense specifically for this fight, because we don’t want one of his punches to catch us off guard.”