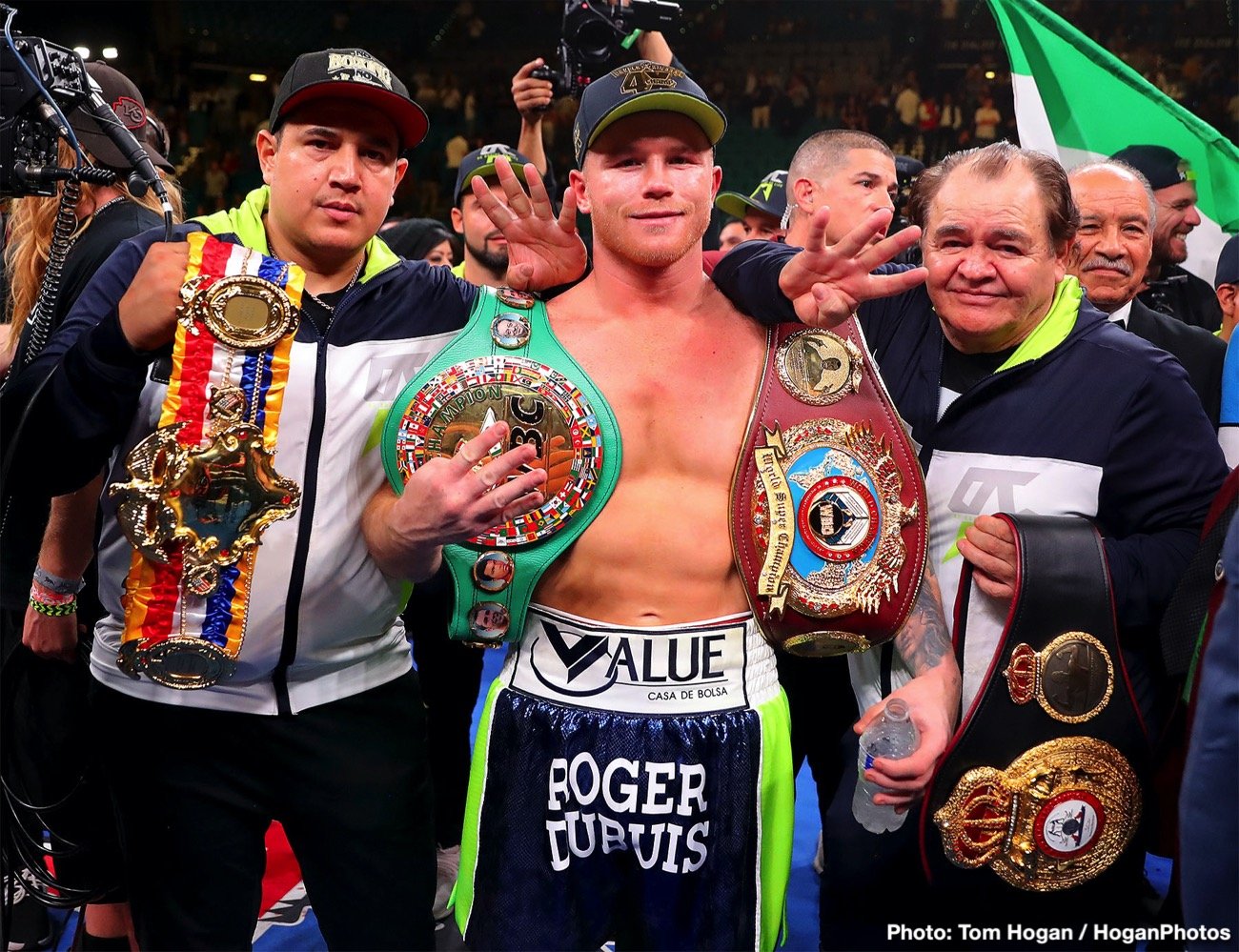 Eric Gomez of Golden Boy Promotions is still working on the details for Canelo Alvarez’s next fight on May 2nd, and they’re running out time. With only 2 months go to before Canelo’s next fight, the opponent still hasn’t been announced for that date.

WBO super middleweight champion Billy Joe Saunders is believed to be the guy that Golden Boy Promotions are interested in for Canelo to fight. But if it’s going to be Saunders (29-0, 14 KOs), who has a lot of strikes against him, it’s more important than ever that Golden Boy gets the deal done ASAP.

Canelo vs. Saunders will need all the marketing it can get for it to bring in the subscribers to DAZN.

“It’s being worked out,” said Golden Boy Promotions president Eric Gomez to ESPN.com. “There’s a lot of details and nuances that have to be finalized. We’re hoping to get everything done, sooner rather than later.”

You hate to say it but Canelo has a big advantage over his May 2 opponent in that he knows who he’s training for. Unfortunately, Canelo’s opponent, be it, Saunders, Callum Smith or whoever, has no clue whether they’re going to get the gig or not. It’s got to be bad for them.

Saunders and Callum’s promoter Eddie Hearn is completely in the dark about which of the two will be getting the fight with Canelo. While Hearn is pretty sure that one of them will ultimately get selected by Golden Boy, he’s not sure which.

That obviously puts Saunders and Callum in a weakened position because they literally don’t know if they’re going to get the fight, and they obviously don’t have a comparable opponent to bring them the same kind of money.

If Saunders and Callum could make the same kind of money fighting other fighters as they can against Canelo, they likely would have walked away a long time ago. That’s the problem with being the B-side in trying to negotiate with ‘The Face of Boxing” in Canelo Alvarez. You have to give him the respect for him to call the shots, and you can get the fight.

Over the weekend, Canelo’s trainer Eddy Reynoso said that his May 2 opponent would be revealed on Tuesday or Wednesday of this week. If he’s correct, then tomorrow we should finally learn who Canelo will be fighting on May 2.

There’s really not a lot of interest from U.S boxing fans in Canelo fighting Saunders or Callum. That’s Canelo’s thing. He wants to win belts and he might not care as much that there’s no demand from American fans for him to fight Saunders or Callum. In the old days when Canelo fought on HBO, it mattered a lot who he picked out as an opponent because he had to be responsive to what the fans wanted to see in order to bring in the pay-per-view buys.

Canelo would be shooting himself in the foot if he fought someone the fans had no interest in seeing him fight. But with Canelo now being signed with DAZN with his huge $365 million contract, it’s arguably less important for him to pick the guys the U.S fans want to see him fight. U.S fans want to see Canelo fight these fighters:

Fury hinting he’s ready to walk away in 3 days330 Total Shares
How Much Would You Wager On Canelo Scoring A KO Over Saunders? Eubank Putting Down 10K266 Total Shares