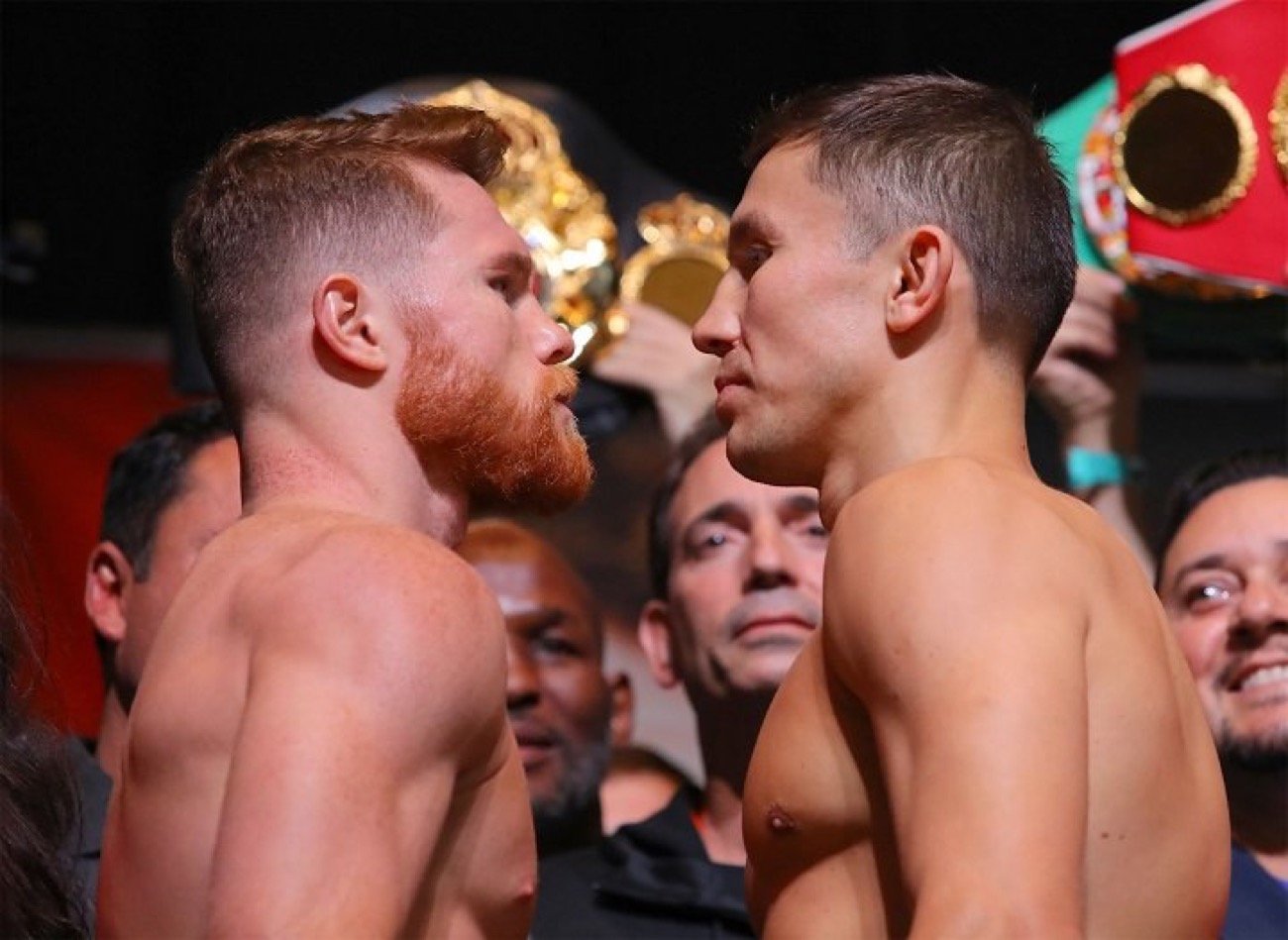 What is Canelo Alvarez’ most impressive KO win? Maybe it’s his icing of the tough Carlos Baldomir, this from quite early on in the Mexican’s career. Or maybe you point to his light-heavyweight win over Sergey Kovalev. Or perhaps you feel Canelo’s destruction of James Kirkland ranks as his most eye-catching KO. But one thing is agreed: if Canelo fights arch-rival Gennady Golovkin a third time and knocks him out, as he says will be the case, this would rank as the biggest, most impressive KO of Canelo’s career.

But can he do it? Canelo told Ringtv.com that he strongly feels he would “likely knock him out and do some serious damage” if he fought GGG a third time. Canelo also said that he “beat him twice already,” and that he has nothing to prove. Agree with that if you want, but plenty of us feel Canelo DOES need to take that third fight with GGG, and he needs to win decisively (something he did not do in either fight-one or fight-two, at least in the opinion of a good number of fans, this one included).

Up at 168, where the 30 year old says he feels most comfortable right now, Canelo would have plenty of advantages over GGG. He’d be younger, bigger and physically stronger. It sure would be a tough fight for Triple-G. Still, if the Kazakh did manage to win it, or if he at least give Canelo a tough, hard fight, one that went to the wire, it would perhaps be Golovkin coming out looking like the super hero. To repeat, Canelo has everything on his side in a return at 168. As such, maybe Canelo would indeed KO Golovkin.

And that would be some sight.

GGG has a superb chin and he has never come close to being stopped in over 40 pro fights. In the interests of fairness, GGG and Canelo should have had their third and final fight by now, and at middleweight, where the rivalry began. But things have changed and Canelo is in the driving seat as far as making demands. Can Golovkin, 41-1-1(36) effectively bulk up to super-middleweight at age 39? If not, Canelo may well run over him in a third fight. If it happens.