Canelo Alvarez says he’s ready to end his five-year rivalry with Gennadiy Golovkin by knocking him out on Saturday night in their trilogy bout on DAZN pay-per-view.

The streaming giant was instrumental in making this fight happen, as they were the ones that wanted to see Canelo (57-2-2, 39 KOs) face Golovkin (42-1-1, 37 KOs) again, even if many fans have long forgotten about the old rivalry and moved on. 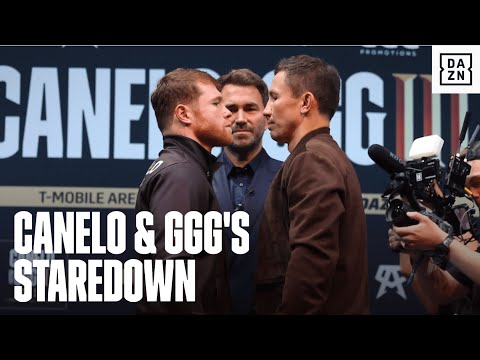 If Canelo is serious about his intentions to KO Golovkin, he’s going to need a better gas tank than the one he had in his last fight against Dmitry Bivol last May. Canelo was running on empty after three rounds in that fight and was getting beaten to the punch all night by Bivol.

“I’m bored being in the face-off because I want to be in the ring,” said Canelo Alvarez when asked by the media what he was thinking during his face-off with Gennadiy Golovkin during today’s final press conference in Las Vegas.

“I feel excited and ready to fight. I don’t know. That’s what makes me mad because he says a lot of things in other places, but when I’m in front of him, he’s quiet,” said Canelo when asked if it bothers him that Golovkin says stuff behind his back but doesn’t say the same things when in front of him.

“Sometimes he tells me something, and I want to do something else,” said Canelo to Fight Hub TV about his trainer Eddy Reynoso. “Like I said, it’s going to be difficult to knock out Golovkin, but I’m going to try all the fight.

“Yeah, I’m mentally and physically ready for everything,” said Canelo when asked if the Golovkin fight is good preparation for his rematch with Dmitry Bivol.

“I love boxing, and I love this. Boxing is my life,” said Canelo.

“Your body is changing all the time. One minute you’re putting on mass, and the next minute, you’re trying to take mass off,” said Eddie Hearn to iFL TV about Canelo moving from 168 to 175 and then back to 168. 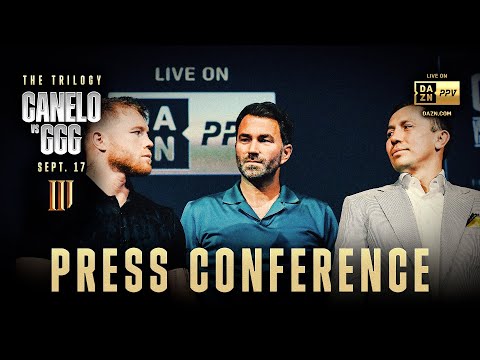