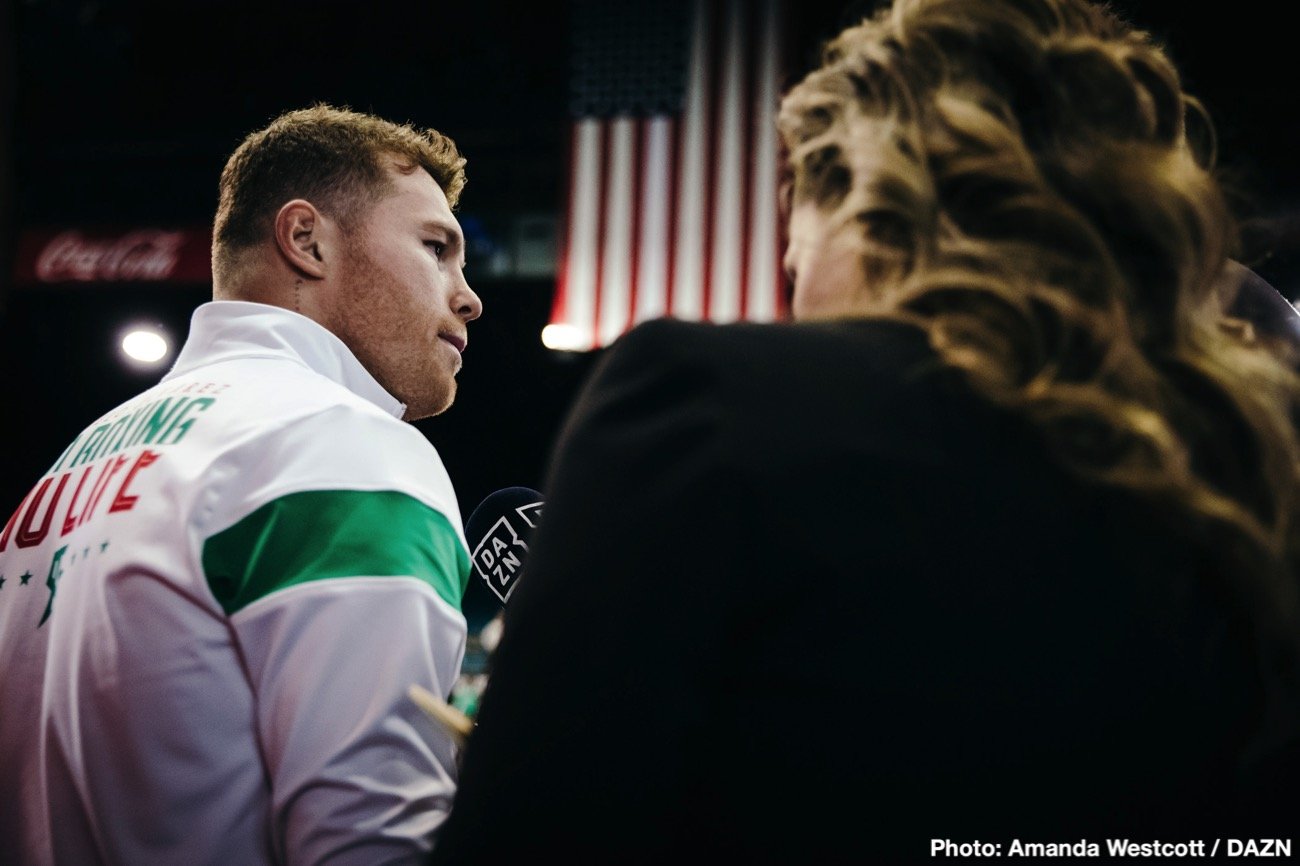 Billy Joe Saunders won’t beat Canelo Alvarez when they face each other on May 2, according to Top Rank promoter Bob Arum. While Arum respects the talent and technical ability of WBO super middleweight champion Saunders (29-0, 14 KOs), he doesn’t view him as a threat to defeating Canelo Alvarez (53-1-2, 36 KOs, and nor does he see anyone else at 168 defeating him either.

The Canelo vs. Saunders fight is expected to a done deal by next week, and ready be announced for May 2 live on DAZN and Sky Sports Box Office. Saunders and Callum Smith were the last two fighters standing for the Canelo lottery, but ultimately Billy Joe is the one that is getting the fight.

Callum sounds slightly bitter about not getting the fight, as he thinks that Golden Boy was never serious about wanting him. He says that even if he’d agreed to take the fight for 20 pounds, he wouldn’t have gotten it.

“I don’t think anybody at 160 or 168 beats Canelo,” said Arum to Behind the Gloves. “And I think Canelo is that good. I think Saunders is an excellent fighter, very good technical boxer, but I look at Canelo winning because I think Canelo beats anybody, [Gennadiy] Golovkin, Callum Smith [David] Benavidez, anybody in those weight divisions.

“And I think Canelo is that good. So I think it’s a terrific fight with Billy Joe Saunders, but I’d look at Canelo as the winner. Canelo is really something special,” said Arum.

Some boxing fans would argue that Canelo already lost to Gennadiy Golovkin in their first fight, and just barely edged him in their second. Before anyone can say positively that Canelo can beat GGG, he needs to fight him a third time, and show the world that he can defeat him without controversy.

It would help Canelo if he chose to have the third fight take place at a neutral venue rather than taking it back to the T-Mobile Arena in Las Vegas, Nevada. That’s where both of the Canelo-GGG fights took place, and a lot of boxing fans believe that Golovkin was robbed on both occasions.

Saunders is a good fighter, but he’s perhaps a step below the other top super middleweight champions in David Benavidez and Caleb Plant. Those two are pretty special. Since moving up to 168,  Saunders hasn’t shown the same talent level that he had at 160. Even at 160, Saunders hadn’t fought anyone a super talent since winning the WBO belt by a narrow 12 round majority decision over Andy Lee in 2015.

While Saunders held the title for three years, he only defended the belt 3 times before vacating it in 2018 due to injury problems. In Saunders’ three defenses, he beat Artur Akavov, Willie Monroe Jr. and David Lemieux. Saunders had an underwhelming reign as the WBO champion at 160, and he’s seemingly on the same course at 168 in winning the WBO title.

Saunders captured the vacant WBO super middleweight title last May in beating Shefat Isufi by a 12 round decision, and he’s defended the title successfully once in defeating Marcelo Esteban Coceres by an 11th round knockout last November at the Staples Center in Los Angeles, California.

Hearn expects Canelo vs. Saunders deal to be concluded by next week

“We have a contract from Golden Boy for Billy Joe Saunders. We’ve gone back with our comments, two major, and we haven’t gotten it back yet,” said Hearn to IFL TV on the Canelo fight. “We haven’t gotten it back yet. So there’s no fight yet, and not deal, but we expect that to be concluded. We hope it is. Billy Joe is ready to go. They’re talking about having a press conference next week.”