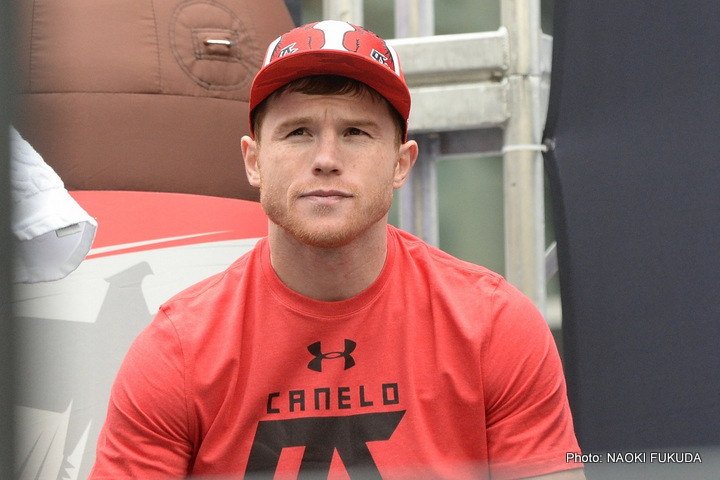 The venue for the massive May 6 “Battle of Mexico” between Canelo Alvarez and Julio Cesar Chavez Junior has been announced – the catch-weight showdown will take place in Las Vegas, at The T-Mobile Arena – and Chavez Jnr announced who will be training him for the biggest fight of his career: legendary boxing trainer Nacho Beristain.

Chavez, though the bigger, heavier man (the fight taking place at an agreed, strictly enforced 164.5 pounds) faces a daunting task against the peaking Alvarez. Most fans and experts, though they either predict or hope for a good, maybe even great fight, feel there is only one winner, and it’s Canelo. Certainly it would be a pretty big upset if Chavez – a fighter who has boxed infrequently over recent months and has seen his reputation suffer due to a couple of bad performances – managed to derail The Canelo Express in May.

But if there is any trainer capable of pushing Chavez to his limit and of getting him as ready as possible to pull it off over Cinco de Mayo weekend, it is Nacho. Beristain, who has trained a vast number of great, great champions during his long career in the sport, agrees that the task he has undertaken will not be an easy one.

“It’s not easy, it’s a challenge, you have to work hard with him because he’s in the best position to train,” Beristain said of Chavez when speaking with ESPN. “I asked him to put all the meat on the grill, the intention, the idea, that he has to win. It’s going to be a great fight.”

Chavez, who just might be more motivated than ever before in his already quite long pro career (and he better be motivated and working hard for this one) knows all of Mexico will be watching the fight. The Son of A Legend also knows that Beristain will stand for no laziness or slacking off, either in the gym or in the fight itself. If he gives his all, Chavez may well push Canelo harder than he’s ever been pushed before, from a physical standpoint. If this happens, we will indeed get a great fight.

Could this fight surprise us by going the full 12-rounds?