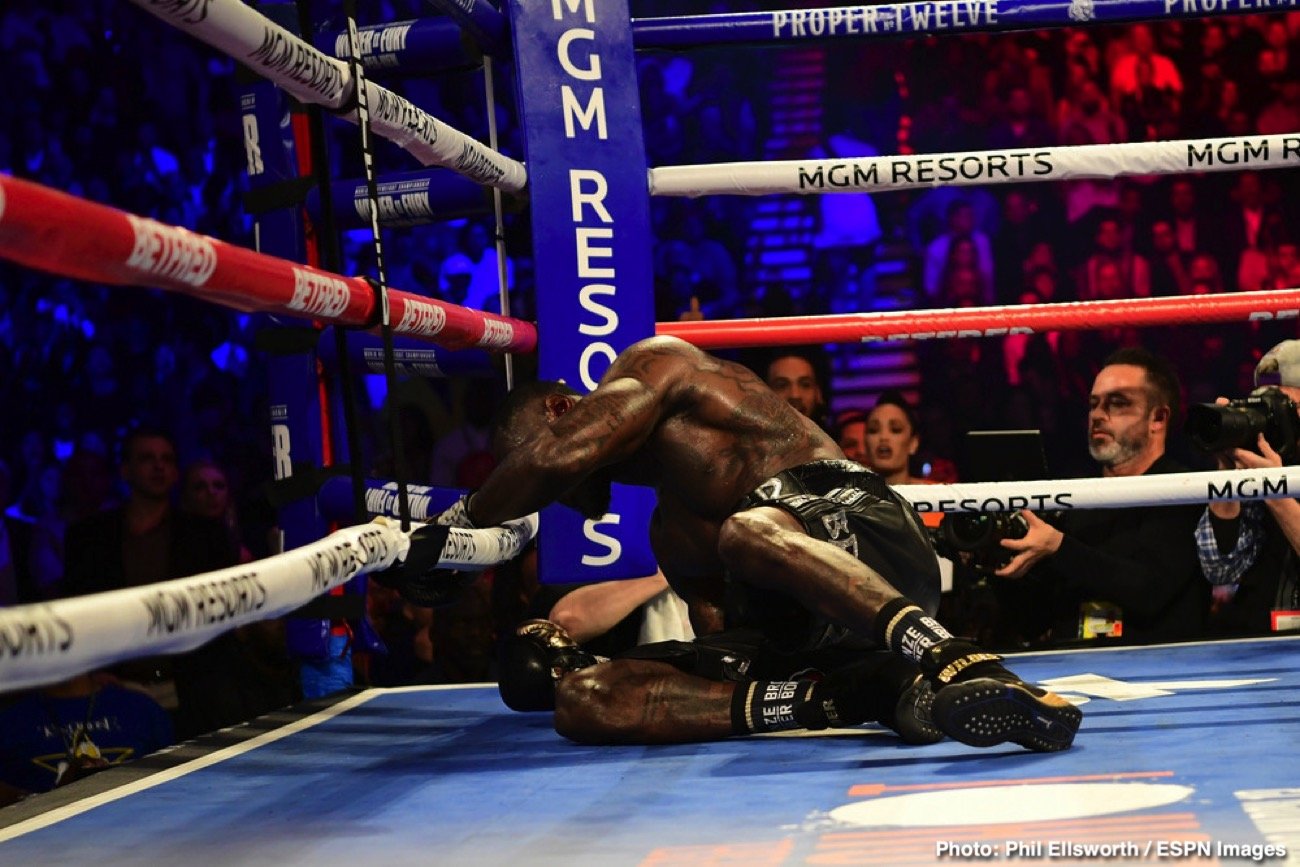 When still in the ring, still trying his best to figure out what the hell had just happened to him inside The MGM Grand in Las Vegas, former WBC heavyweight champion Deontay Wilder vowed to “come back stronger.” Even the greatest fighters lose, Wilder said, before again vowing to return. But can Wilder possibly regain what he once had?

A chilling puncher who, apart from in one fight, got the job done in devastating fashion, Wilder may never be the same force again – physically or mentally – due to what Fury did to him on February 22, 2020. Will fighters ever be intimidated by Wilder now? Has the blueprint on how to beat him now been written as follows: back him up, bully him and don’t let him get set? Sure, Fury is Fury and not too many fighters are capable of doing what he can do, but plenty of heavyweights will no doubt have seen what Fury did against Wilder and feel as though could emulate the game-plan that worked so perfectly.

Just when Wilder will be able to fight again, and against whom, remains to be seen (he has 30 days in which to decide if he wishes to activate the rematch clause for a third go with Fury). It could be that Wilder needs a pretty long break before he decides he is ready to return to the ring. But when he does return, will Wilder have anything like the same degree, absolute faith even, in his punching power and his ability to end a fight with one shot? Might Wilder become gun-shy as a result of what Fury did to him? Some fighters are never, ever the same again after suffering the kind of beat-down Wilder suffered on Saturday night (think Jeff Lacy for one example, the former super-middleweight champ taking an even worse hammering at the hands of Joe Calzaghe).

Wilder may or may not prove to be a fighter who, whilst on the crest of a wave, was able to stay on top but now that his confidence has been hit for six will never be the same again. Wilder may or may not turn out to be be a fighter who, now that his bubble has been burst, goes on to lose again, and again, and again; maybe to inferior opposition. Fury always said Wilder was a bully, a good “on top” fighter. It’s now up to Wilder to come back strong and prove otherwise. It will take one helluva comeback for Wilder to do this, though.

That said, Fury aside (who is of course so much bigger, taller and quicker than any of his heavyweight rivals, these attributes allowing him to do what he did on Saturday night in Vegas) it might be that Wilder knocks out any other heavyweight he faces. It’s going to be fascinating to see how Wilder does come back. Has Wilder been ruined, or can he get back to his KO ways?