Trainer Derrick James is leaning in the direction of IBF super middleweight champion Caleb ‘Sweethands’ Plant defeating WBA/WBC/WBO champion Canelo Alvarez on November 6th in their scrap for the undisputed championship at 168 at the MGM Grand Garden Arena in Las Vegas.

Plant (21-0, 12 KOs) has the ideal size, speed, and the Mayweather-esque fighting style. It’s going to be a much different type of opponent than what Canelo has had to deal with for a long, long time.

Even when Canelo was losing to Floyd Mayweather Jr. and beating Erislandy Lara by a highly controversial decision years ago, he didn’t have to deal with the size, elusiveness, or mobility he’ll see in Plant.

The 5’8″ Mayweather had lost his mobility by the time he fought Canelo due to age setting in, and he didn’t have the size that the 6’1″ Plant possesses.

This fight could turn out to be a mismatch in Plant’s favor if the much more petite 5’8″ Canelo can’t land his power shots.

Canelo doesn’t have a long reach, so he’s kind of stuck needing to fight guys that either stand immobile or allow him to walk them down.

Gennadiy Golovkin and Callum Smith let Canelo walk them down because they didn’t have the mobility to circle the ring and keep him from getting in close enough to where he could get his shots off with his short reach.

Plant is bigger and faster than Canelo

“I think it’s going to be a pretty good fight, or at least I hope it is,” said trainer Derrick James to Fighthub on the Canelo vs. Plant fight. “I think styles make fights. 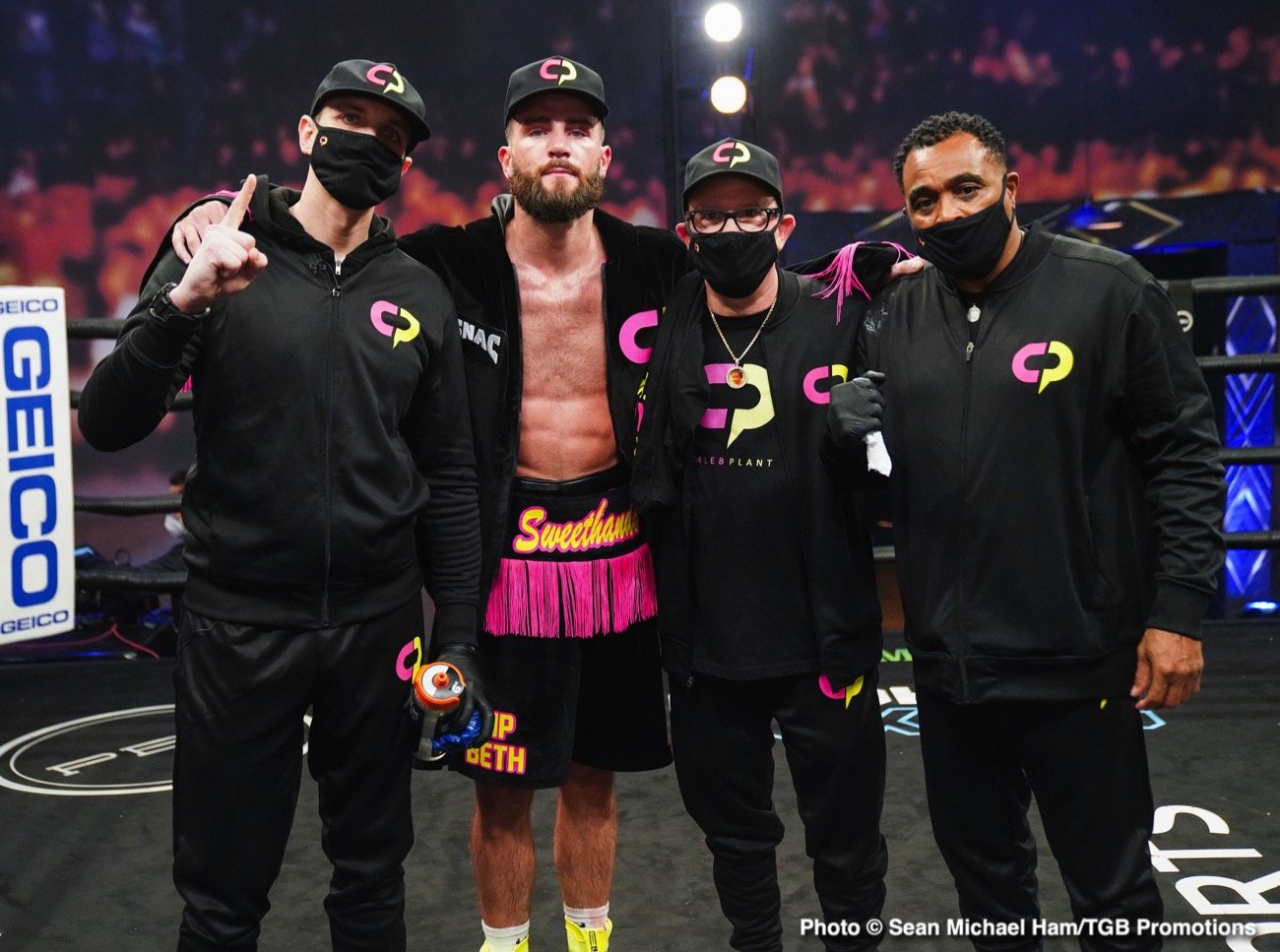 “Caleb is very elusive, Caleb is very slick, and I know him. I remember watching him in the amateurs. He was Errol’s sparring partner for the Olympic team.

“We’ll see. I think he’s [Plant]  a very tough and great competitor. What can’t you say about Canelo Alvarez? But this will be the fastest and biggest guy that he’s ever fought and the most elusive guy he’s ever fought.

“A smaller guy moves up, and he’s faster than everybody he’s fighting against. Speed is just like Mayweather. He moves up to 147, and nobody can match his speed because he’s the smaller guy fighting the bigger guy.

“Just like Pacquiao. It’s no different. But that’s been one of Canelo’s advantages, his speed. Not his athleticism because he’s not athletic, but his hand speed has been the one thing they can’t deal with.

“The thing is this. You can have power, but if you’re slow as hell, who cares?  You’re not going to hit me with that. I can see it coming. But because he’s [Canelo] so much faster than these guys, he can hit them with it.

“The power is another thing, but if you can see it coming, you’re never going to hit anybody with it. But his speed with the bigger guys.

“So now he’s [Canelo] facing a guy that is very fast, very elusive, and who is a lot faster than he is. So it’s going to have to be a very different type of fight,” Derrick James said.

Plant is a lot taller and longer than Canelo, and he’s very hard to hit when he’s utilizing the entire ring.

You can argue that when Plant is fresh and has a full fuel tank, there’s not a fighter better than him in the 168-lb division.

Canelo’s only chance of beating Plant is if he runs out of gas in the championship rounds and becomes stationary the way he was in the later rounds against Jose Uzcategui.

It’s not likely that Canelo will be able to land his uppercuts on Plant as he did against Billy Joe Saunders last May. Plant doesn’t lean forward with his hands by his sides the way Saunders does, so Canelo won’t be able to use his uppercut.

“Yeah, he can win,” said James when asked if Plant could beat Canelo,
said James. “He fought [Jose] Uzcategui, and he was killing everybody. He beat that guy.

“He didn’t run from him. He really beat him up. I think he [Plant]  has great feet and great hands.

“So he’s the true definition of athleticism and skill, and so this is going to be a different type of fighter than the ones Canelo has been fighting.

“He has the skill set of a [Erislandy] Lara, and I wouldn’t say Floyd, but he’s elusive; he moves.

“So that’s going to be the difficult part that Canelo is going to have to deal with.

If Plant uses his boxing skills, he can shut Canelo out in the same way Floyd Mayweather Jr. did in 2013. 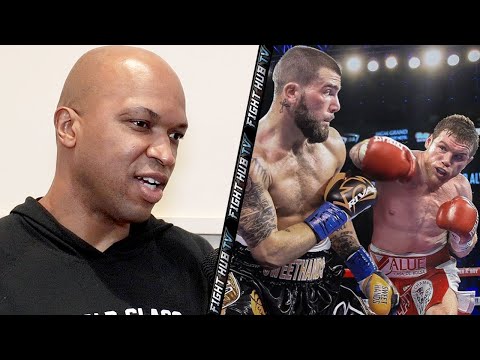