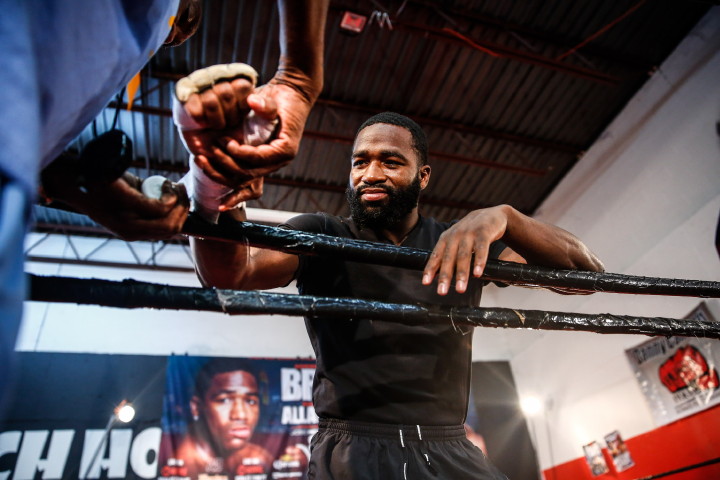 While Broner continued his vow of silence with the media, the three-division world champion “let his fists do the talking” in a spirited workout that lasted nearly 90 minutes.

Here’s what the rest of the SHOWTIME fighters had to say on Wednesday: 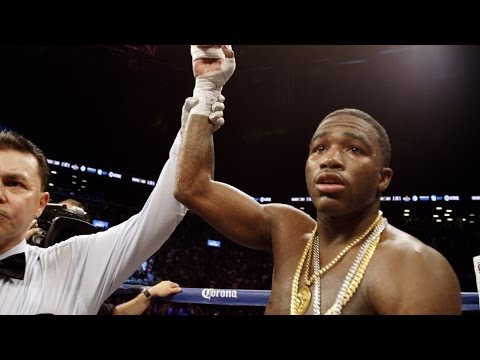 “I expect Broner to try to play his game, but we will play our game.

“The experience I gained after losing the title in my last fight [against Jesse Vargas] is that I really understand the opportunity that I am being given going into this fight.

“I am not worried about fighting in Broner’s hometown. I have fought many fighters in their own cities and it doesn’t bother me.

“On Saturday night, I will show the fans a great fight and come out with the victory.”

“We train hard all the time, we are in great shape and we prepare for every fight like the opponent is the champion.

“Edner Cherry is a very experienced fighter. He is a strong guy and good puncher.

“I am in great shape and I’m ready to fight 12 rounds.

“This could very well be the toughest fight of my career. He hasn’t lost in seven years. But we are very prepared, studied the fight well and are ready to go come Saturday.

“My youth will play a huge part in this fight. I’m much younger than him and, without a doubt, I will win this fight.

“I can’t wait for the fans to watch this fight and if they can’t be here than I hope they watch on SHOWTIME. It will be a great fight.”

“This will be a very tough fight. We’ve been training hard and had a great camp.

“I’m not taking anything away from him, he’s a tough fighter. He’s a champion for a reason. But on Saturday night I’m coming for that title, that’s my job.

“We trained for 12 hard rounds, but if the knockout comes, then I will be very excited. All I’m looking for is a very hard 12-round fight.

“Bradley was the much bigger fighter when we fought [in 2008]. That was a mistake on our end. He just was the bigger guy, but I was in the ring with one of the best fighters in the world and I really learned from that fight.

“I’ve been preparing for this fight for 15 years, and it’s going to show on Saturday.”

“I have a lot of people coming from Toledo to see me. They’re all excited about it.

“This is my second time fighting on SHOWTIME EXTREME and I’m truly blessed. It’s a good opportunity to showcase my skills on national television.

“I know nothing about my opponent, but I do that on purpose. It’s been the same thing as the rest of my 15 opponents. I didn’t study them at all. Whoever they put in front of me, that’s the test I have to overcome and so far I’ve been doing excellent and passed them all.”

“I take nothing from him, but I’m motivated and looking forward to pushing myself more than anything. It’s going to be a great step up and people are going to see a lot more than they’ve seen from me in the past.

“I’m in great shape. I just had a fight back at the end of August. I took literally three days off instead of a whole week and came right back, so I’ve been in shape for the past three months getting to this date.

“It’s a blessing to be able to showcase my talent on the national scene instead of the local venues or being on the big cards but not getting any kind of TV exposure. Now I’m part of the big show.

“I don’t take anything for granted or let it get to my head. To me it’s another fight and I take every fight seriously. It doesn’t matter who I’m in with, every fight is a stepping stone to a title, so every fight is important.”