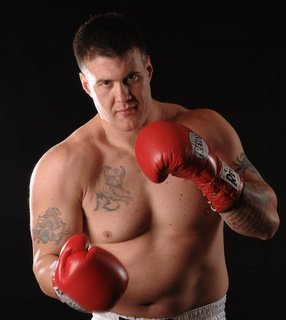 It was all Minto in the seventh and Cameron had trouble seeing out of both eyes, with another nick over his right eye.

The New Zealander tried valiantly but lacked the snap to keep Minto outside and the import from Pennsylvania impressed pushing Cameron back with double jabs and hard rights. In close he fought with a tight guard and landed short sharp hooks inside.

Minto, 38, who fought Marco Huck for the WBO cruiserweight title in 2010, collected the WBO’s Oriental heavyweight title. This was fourth fight in 2013, Cameron, 36, was in action for the first time since losing to Danny Green for the IBO 200 pound belt in November last year.

Minto looks to a possible match up with unbeaten Kiwi star Joseph Parker next year. He had Parker’s trainer, 1984 Olympic silver medallist Kevin Barry in his corner.