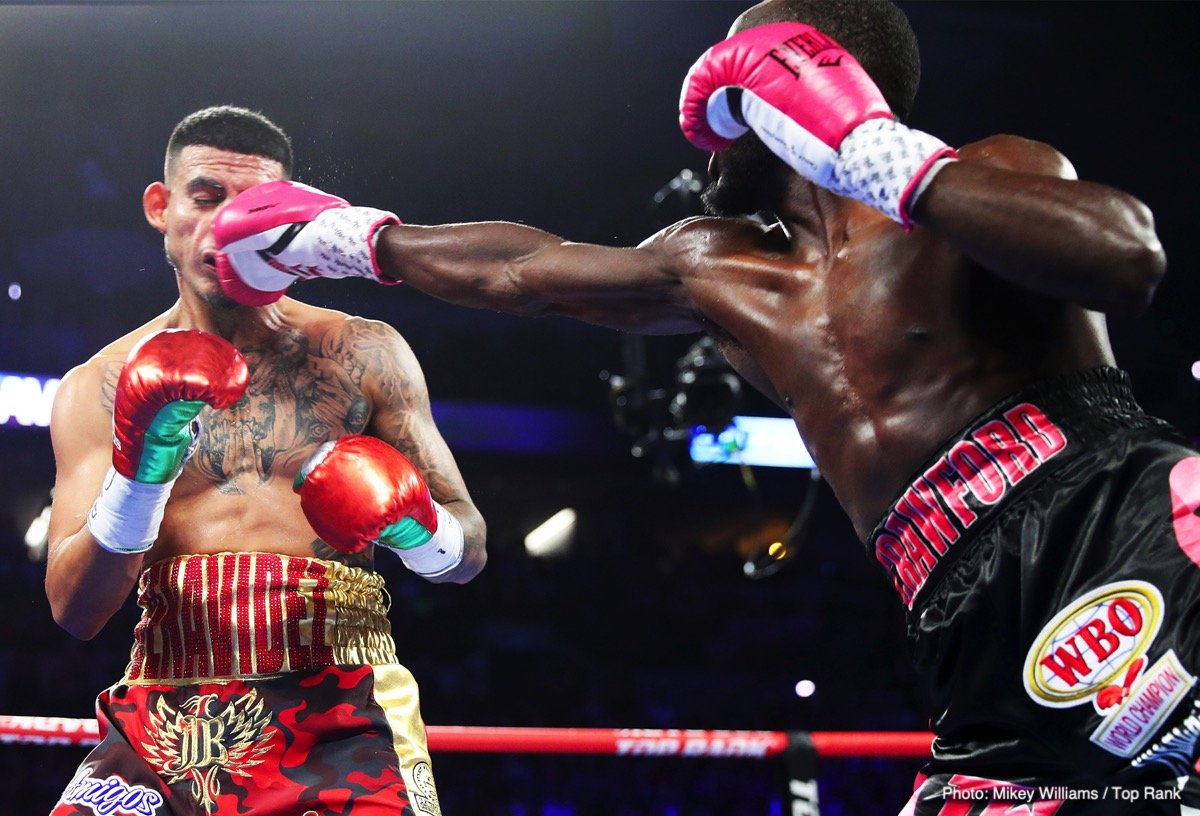 Arum says it WON’T go to a purse bid, which means he’s going to go all out to get the Crawford-Porter match negotiated to avoid what happened recently with the Teofimo Lopez vs. George Kambosos Jr clash.

The Top Rank boss Arum didn’t want to schedule Crawford’s match with Porter for October 23rd, as he already has the Tyson Fury vs. Deontay Wilder trilogy taking place that month on October 9th. Crowding two PPV events in the same month wouldn’t have been a good idea.

If the fight does get made, the highly-rated pound-for-pound star Crawford will easily be facing the best opponent of his thirteen-year professional career in taking on former IBF/WBC welterweight champion Porter (31-3-1, 17 KOs) in November.

“Oct 23 is not in play [for Crawford vs. Porter], and we wouldn’t want to do it in October because it would be a pay-per-view and we already have an October pay-per-view [Tyson Fury vs. Deontay Wilder 3), so it would be November,” Arum said to Dan Rafael at WBN. 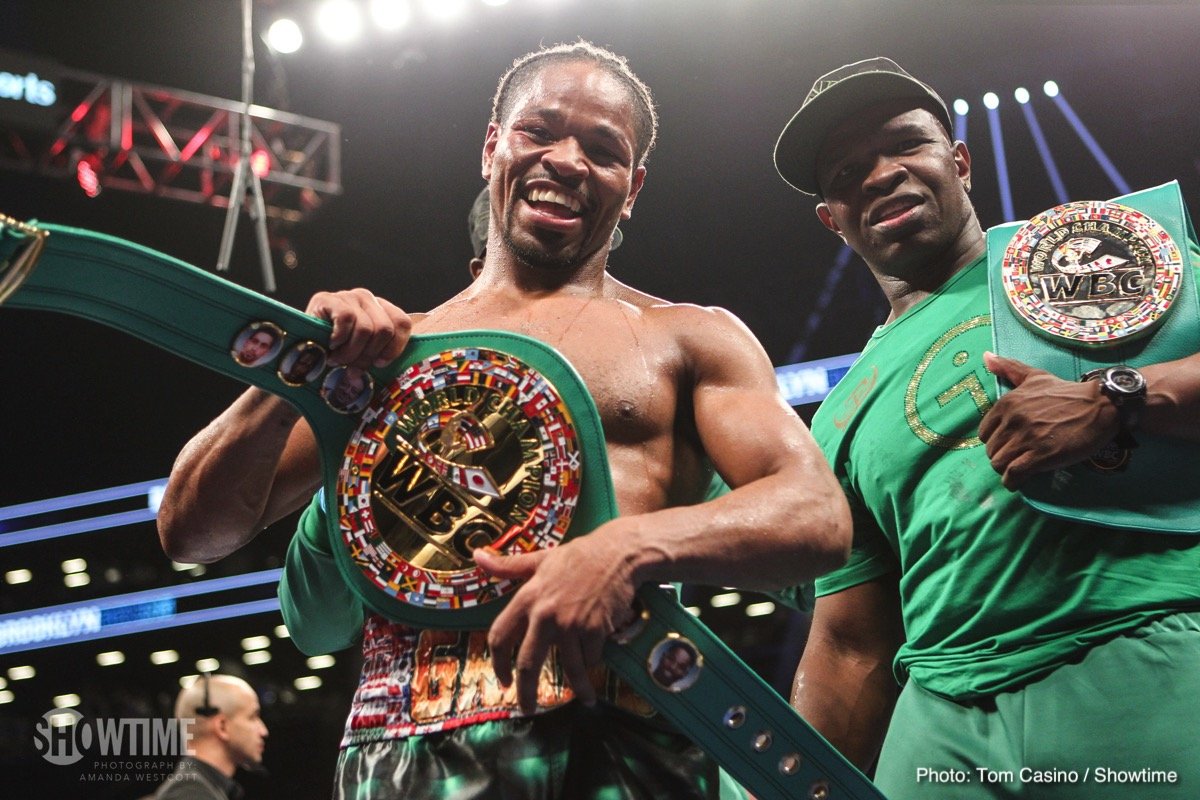 “It’s not going to go to a purse bid,” Arum continued on the Crawford – Porter clash.

This would be bad for Arum, ESPN, and Top Rank if the Crawford vs. Porter fight does go to a purse bid because it would likely get snatched up by DAZN or Triller.

Arum losing out on the Teofimo Lopez vs. George Kambosos Jr fight looked bad, but it would be far worse if he fails to get the Crawford-Porter clash negotiated to be televised on ESPN.

These are the type of fights that Top Rank needs to be delivering to the ESPN viewing audience. If Arum can’t get the Crawford vs. Porter fight negotiated to be shown on ESPN, it’s bad for Top Rank.

This potentially could be the last time the 33-year-old Crawford fights for Top Rank, as his contract with them is reportedly up this year. Given the complete lack of high-profile fights for Crawford during his long 13-year pro career, it’s likely that he’ll move on, hoping the grass will be greener with Premier Boxing Champions or Matchroom Boxing.

If Porter beats Crawford, that would be bad for his career because it might make it tough for him to get a great deal with another promotional company.

There are many unknowns about Crawford in terms of how he’ll do against Porter, as this is the first guy in his career is semi-elite level. Up until now, Crawford has exclusively been pitted against B and C-level fighters by Top Rank.

They may deny that, but the fact is the best name on Crawford’s career resume is Yuriorkis Gamboa. Other than that, Crawford’s wins have come against guys like Kell Brook, Jeff Horn, and Amir Khan. 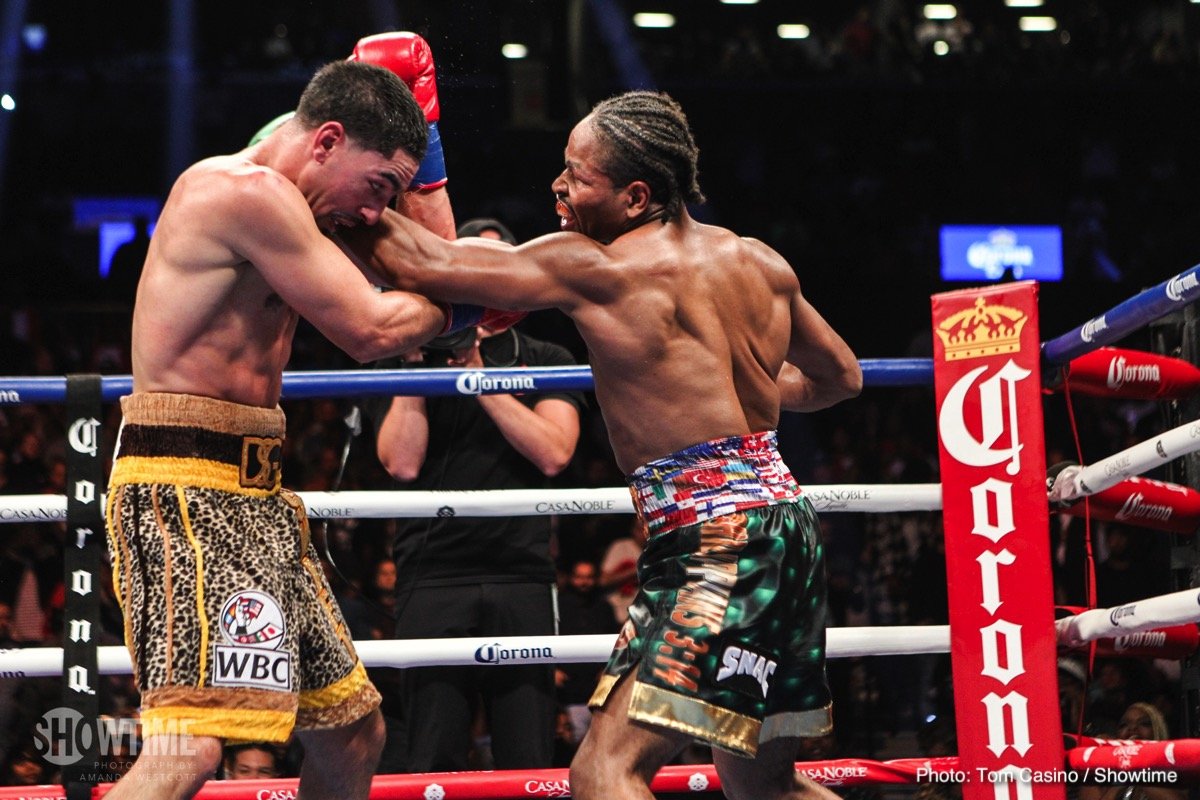 Unfortunately for Crawford, the bigger fights have eluded him, not necessarily because of him being on the wrong side of the pond, as many boxing fans believe. Crawford is a switch-hitting counter puncher who uses a lot of movement in his fights.

The kiss of death for Crawford is he doesn’t do a great job promoting his fights in terms of social media and giving great soundbites when interviewed.

With guys like Floyd Mayweather Jr, he was good at getting boxing fans excited to see him lose.

Whether intentional or not, Mayweather seemed to play the villain role to a tee, and he got fans excited about his fights. Crawford hasn’t been able to energize fans as much with his laid-back style of marketing his contests.

“Don’t give me these stupid mandatories that are non-competitive fights, and because I have a top champion [Crawford], I have to go and bid [on] the fight,” said Arum in complaining about how the sanctioning bodies frequently stick obscure untalented contenders in as mandatory challengers to champions.

The downside of Crawford finally facing a quality fighter in Porter is that he may lose the fight and get exposed in the process.

If Crawford loses, it will become painfully obvious that Arum has been protecting him all these years by matching him against weak opposition like John Molina, Khan, Brook, Julius Indongo, Jose Benavidez, and Egidijus Kavaliauskas.